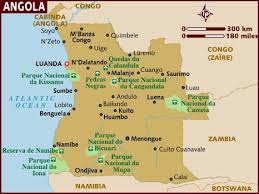 Aceris Law’s Angola Arbitration Lawyers Desk is a dedicated team of lawyers at Aceris Law, a specialised international arbitration law firm, which accompanies clients involved in arbitrations concerning Angola, i.e., where Angola law applies, a contract is executed in Angola, the dispute is brought by or against a party in Angola, or the Angola State or an Angolan State entity is involved.

Aceris Law’s Harvard, Oxford and Sorbonne trained lawyers are admitted to bars of Western Europe, Eastern Europe and North America and have significant prior experience dealing with commercial, construction and investment treaty arbitrations under the ICC, ICSID, UNCITRAL, LCIA, SCC, SIAC, ICDR, VIAC and other arbitration rules, many of which have concerned Angola and neighbouring States.

We maintain permanent access to offices in Luanda to meet and work with clients, although our home office is in Geneva, Switzerland, and we are always accessible to clients, regardless of their location, by videoconference. Our Angola Arbitration Lawyers Desk also has access to Angola jurisprudence and doctrine, while pleading in English and French and reading Portuguese.

We have significant prior experience with arbitrations involving Angola and the Southern African Development Community (SADC). For example, Aceris Law’s Angola Arbitration Lawyers Desk served as counsel in ad hoc arbitration involving the sale and leaseback of a plane from a company from Portugal to an Angolan entity. Our arbitration lawyers also represented an Angola State entity in a successful commercial arbitration under the UNCITRAL Arbitration Rules. We also provided legal advice to an Angolan company with respect to a dispute with a French engineering company. In the SADC more generally, we represented an investor with respect to an investment dispute concerning an iron ore mine. We have also advised foreign investors with respect to disputes concerning the expropriation of land, and we have served as legal counsel in a public international dispute involving an SADC Member State. We have further represented clients in ICC construction arbitrations throughout sub-Saharan Africa and have been involved in a number of disputes involving infrastructure.

By having a dedicated team for arbitrations concerning Angola, Aceris Law ensures that the arbitrations involving Angola are handled efficiently and cost-effectively, making the best use of our arbitration lawyers’ know-how as well as linguistic and cultural skills.

To learn more about Aceris’ Angola Arbitration Lawyers Desk, please do not hesitate to contact us.