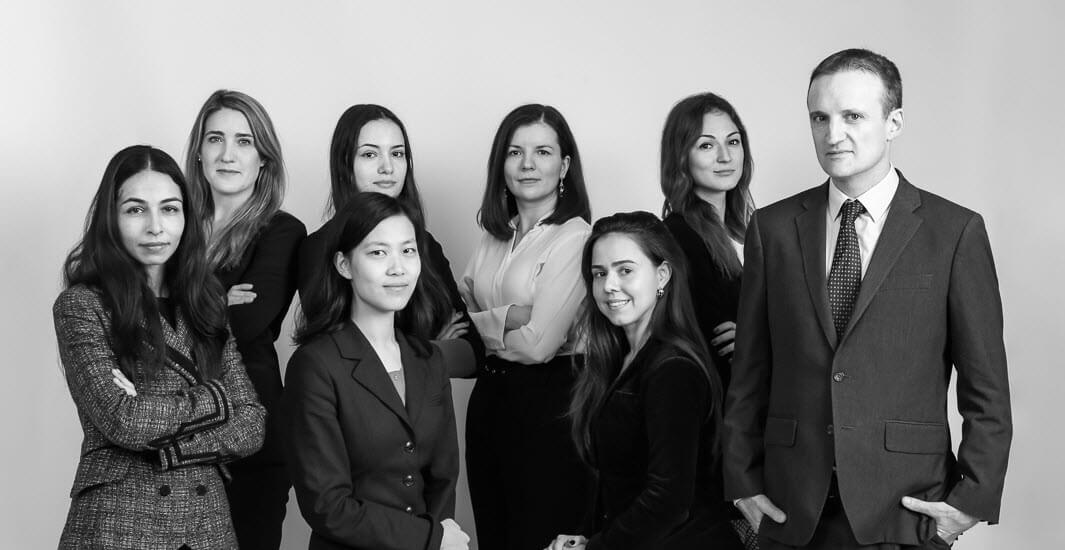 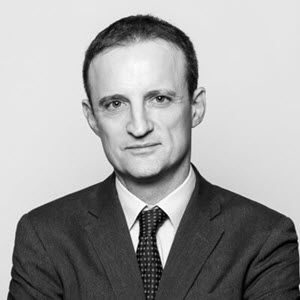 He has served as lead counsel or arbitrator in disputes on six continents, under the UNCITRAL, ICC, ICSID, SCC, LCIA, ICDR, CICA, CIArb, PCA, SIAC, DIAC, JAMS, AFA and many other arbitration rules. Recognised by Décideurs for many years, named a “Rising Star of International Arbitration” by the Leader’s League and the “Best of the Best” in various legal awards, as well as “Who’s Who” in the field of international arbitration, clients call him a “great international arbitration lawyer” who is “incredibly smart“, “reliable, dynamic, loyal and committed to his clients“, “fair and transparent” and “a lawyer who will seek one hundred percent to guard the interests of his client“. They also call him “hard-working and highly responsive” with “depth of knowledge and experience in international dispute resolution” and “an unstoppable work ethic“. They also cite his “excellent understanding of international arbitration case law and strategy” while noting that he is “very easy and pleasant to work with” and he “never abandons a case halfway, no matter how hard a case can be“. +More 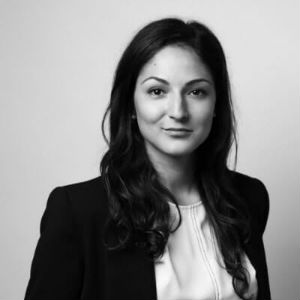 Nina has served as counsel in numerous arbitrations under the UNCITRAL, SIAC, SCC, ICC, LCIA, PCA, AAA, ICDR and other arbitration rules, involving English, Bosnian, Saudi, Uzbek, Angolan, Singapore and other laws. Recent cases, concluded successfully in favour of Aceris Law’s clients, include, inter alia, an LCIA arbitration under Saudi law regarding the construction of a desalination plant in the Middle East; an UNCITRAL ad hoc arbitration involving the construction of a water distribution network in Angola; and a SIAC arbitration under Singapore law regarding the construction of a desalination plant in Oman. She has also represented a publicly-listed Malaysian company in a USD 400 million dispute involving a natural gas construction project in Uzbekistan against a subsidiary of a Russian multinational company in the oil and gas sector, as well as a Greek construction company in an UNCITRAL arbitration administered by the PCA against a Bosnian state agency involving the construction of a wastewater treatment plant governed by Bosnian law. Clients praise her as a “very well organized”, a “methodical researcher” with “a very sharp intellect”, “cutting through unnecessary information with excellent drafting ability to present the case succinctly”. They also find her very “friendly and professional”, “easily approachable and very responsive”.

Nina speaks English, Serbian/Croatian, Spanish, German and French fluently, and she has basic knowledge of Portuguese. She is qualified to practice law in Serbia.+More 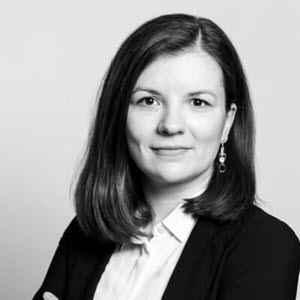 Zuzana is a Slovak national and Sorbonne/Assas-educated lawyer registered at the Paris Bar with more than a half decade of experience in international arbitration, with a strong focus on investment arbitration and public international law. 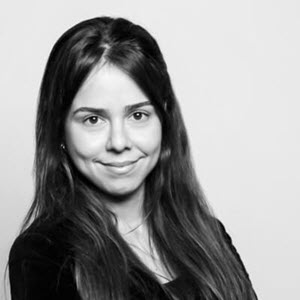 Isabela Monnerat Mendes is a Brazilian national authorized to practice law in Brazil and admitted to the Paris Bar.

Isabela obtained an LL.M. in Comparative and International Dispute Resolution in London at the Queen Mary University of London. She also obtained a Master 2 in Arbitration and International Commerce at the University of Versailles Saint-Quentin-en-Yvelines, as well as a law degree at the Pontifícia Universidade Católica de São Paulo with Honors. Isabela has published a number of articles on investor-State arbitration, in English and Portuguese, and speaks fluent English, French, Portuguese and Spanish. +More 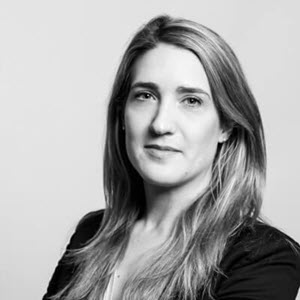 Anne-Sophie Partaix, a French national with significant international experience, is admitted to the Paris bar. She speaks French, English and Spanish.

Anne-Sophie has served as counsel for Claimant, an American company, in an ICDR arbitration under New York law against a South-Korean company involving blockchain technologies. She has also served as counsel, on behalf of Respondents, of a SIAC arbitration governed by Japanese law involving nine parties, which concerned a joint venture agreement. Anne-Sophie has also served as counsel in an international dispute between American and Chinese companies in the solar industry that was resolved successfully in favour of Aceris Law’s client.

Anne-Sophie has been described by Aceris Law’s clients as “highly responsive and quick to adjust to the subtle differences between Europe and the United States”. Prior to joining Aceris Law, she was an intern at Herbert Smith Freehills in Paris, an intern at Orano (ex-Areva), an intern at the Rasseck Bourgi Law Firm, where she assisted in obtaining over USD 200 million in compensation for a foreign investor. Anne-Sophie obtained a Master 2 in International Economic Law at the University of Paris II (Panthéon-Assas), after obtaining an LL.M. in Public International Law at Queen Mary University in London and a Master 1 in International Law and European Law at the Faculté libre de Droit in Lille. +More 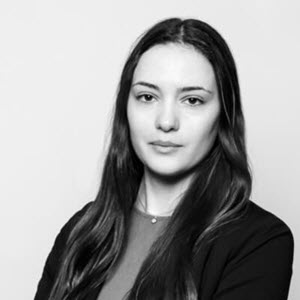 Anastasia Tzevelekou is an arbitration lawyer based in London, experienced in both civil law and common law systems.

Anastasia holds an LL.M. in International Business Law from the London School of Economics, as well as an LL.M. in International Commercial Arbitration and a Bachelor’s Degree in Law, both from the Democritus University of Thrace in Greece, graduating in the top 1% of her class. Prior to joining Aceris, Anastasia worked at KPV Legal, a boutique firm in Athens, assisting with international arbitration cases and advising corporations in the aviation, pharmaceutical, distribution, energy and other sectors. 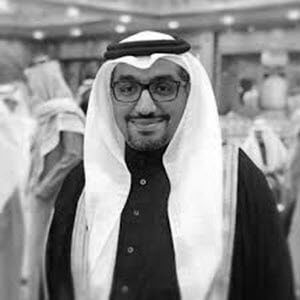 Abdullah Medallah is a lawyer admitted to practice law in Saudi Arabia who began his career as a Construction Engineer with the Royal Commission/Bechtel.

He studied law in Glasgow and London and worked as in-house counsel for companies in venture capital, private equity, construction and oil and gas.

Abdullah is a Doctoral Researcher in London and speaks English and Arabic. He assists Aceris Law with arbitrations involving the Middle East, including litigations before Saudi Courts. 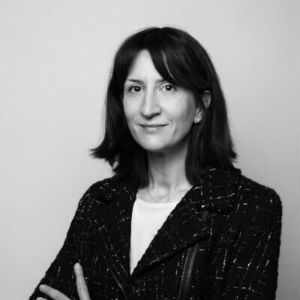 Prior to March 2017, Marie-Camille Pitton was Counsel at the ICC Court of arbitration, where she supervised hundreds of arbitration proceedings, with a specific focus on cases related to France, Africa and the Middle East. In this capacity, she has been confronted with every possible procedural difficulty and advising arbitration professionals (arbitrators, counsels and in-house counsels) from a myriad of jurisdictions.

Between 2008 and 2012, Marie-Camille Pitton was a lawyer in the international arbitration and litigation group of a leading American international corporate law firm. She previously worked at University Paris I as a teaching assistant, while completing her PhD in the field of private international law and sales law, which was published by Eleven publications in 2013. 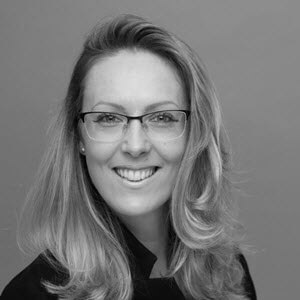 Katarina Simalova, based in London, is an English Solicitor and U.S. attorney with a background in civil law, the common law and international arbitration.

She worked at Jenner & Block in London, as well as Clyde & Co LLP, for a half-decade after obtaining a Master of Laws in Comparative and International Dispute Resolution at the Queen Mary University of London.

Aceris Law has one or two trainees at all times, serving for six-month internships. Interns from outside of the EU may apply and may remain in their State of origin if they wish via a remote internship (Aceris Law supplies the technology). We choose our trainees and consultants on the basis of their academic excellence, their language skills and their demonstrated interest in international arbitration. Interested applicants should send a c.v. and cover letter to Mouna Baakil. 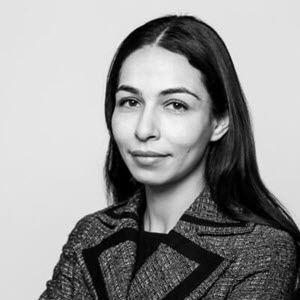 Mouna Baakil is Aceris Law’s Office Manager. Mouna studied law before obtaining a Master II in International Commerce-Management and working for the Carlsberg Group and PWC. She is Moroccan of origin and speaks fluent French, English and Arabic.