This is particularly relevant for a country such as Afghanistan, in which, after several decades of an armed conflict, legal pluralism and a strong influence of Islam are still the norm and there are serious obstacles towards building a unified and coherent legal system. While Afghanistan passed a new Constitution in January 2004 promoting the rule of law,  even today, tribal leaders and customary law, de facto, still govern the lives of much of the population through the so-called “Shura” (local councils) and “Jirga” (gathering of the elders).

As part of the enhanced efforts to unify the legal system and to attract foreign and domestic investments, the government of Afghanistan also passed a Private Investment Law (Official Gazette No. 869) which entered into force in 2005 and was amended in 2016. Pursuant to Article 30(2) of the Private Investment Law, an investor is free to choose either arbitration or other dispute resolution procedures in its contract or other agreement with a third party, also having the liberty to choose the place of arbitration in, or outside of, Afghanistan. 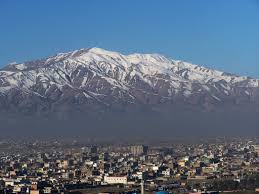 Both the Arbitration Law and Private Investment law represent positive developments for Afghanistan considering that, until 2013, there was virtually no effective dispute resolution method as local courts were generally seen as unreliable, biased and prone to corruption.

Another positive development in the field of international arbitration is the opening of the International Chamber of Commerce in Kabul in September 2017, which launched its operations in  February 2018, and established the  ICC-Afghanistan Arbitration & ADR Commission, with the aim of promoting dispute resolution services in Afghanistan.

International vs. Domestic Arbitration in Afghanistan

Article 3 of the Arbitration Law makes a distinction between “international” and “domestic” arbitration. An arbitration is considered “international” if (1) it is described in the contract as such; or (2) if the transaction occurs between two or more countries, even though this has not been mentioned in the agreement. Article 3 of the Arbitration Law further specifies that, unless specified in the agreement, the law of the country where the parties are “transacting business” shall be applicable. In all other situations, an arbitration is considered to be “domestic“.

The most prominent arbitration institution in Afghanistan is the Afghanistan Center for Commercial Dispute Resolution (“ACDR“), which forms part of the Afghanistan Chamber of Commerce and Industry (see Article 1(1) of the ACRD Charter). The ACDR is a modern institution which aims to support attracting and maintaining local and international business and investment in Afghanistan by offering alternative dispute resolution services that are cost effective, transparent and accountable. The ACDR has its own set of Mediation Rules and International Mediation Rules, and it maintains a list of suggested arbitrators. The ACDR also issued a set of Guidelines for ACDR Arbitrator Selection on 1 July 2018,  which provide further information on entry level criteria, the selection process and performance reviews of ACDR arbitrators.

Recognition and Enforcement of Arbitral Awards in Afghanistan

Afghanistan ratified the  Convention on the Recognition and Enforcement of Foreign Arbitral Awards (the “New York Convention“) on 30 November 2004. Enforcement of Awards is  regulated by Chapter 8 of the Arbitration Law. Pursuant to Article 56(1) of Arbitration Law, an arbitral award, irrespective of the country in which it was made, shall be enforceable. Article 56(2) further specifies the grounds on which enforcement of an Award may be refused:

2) An Arbitral Award may be refused in the following cases:
1. If a party to the Arbitration Agreement is under some incapacity;
2. If the award has not been issued subject to the law set forth in the agreement by the parties;
3. If the award is issued under a Law which is invalid;
4. If the party against whom the Award is invoked was not given proper notice of the appointment of an Arbitrator or of the Arbitral proceedings or was otherwise unable to present his or her defense as provided for in this Law;
5. If the Award deals with a dispute not contemplated by the Arbitration Agreement or not falling within the scope of its applicability, or it contains decisions on matters beyond the scope of the submission to Arbitration, but if the decisions on matters submitted to Arbitration can be separated from those not so submitted, only that part of the Award which contains decisions on matters submitted to Arbitration may be enforced;
6. If the composition of the Arbitral Tribunal or the Arbitral procedure was not in accordance with the Agreement of the parties or, failing such Agreement, was not in accordance with the Law of the country where the Arbitration took place;
7. The Award has not yet become binding on the parties and has been set aside or suspended by a Court of the country in which, or under the Law of which, that Award was made;
8. The subject-matter of the dispute is not capable of settlement by Arbitration under the Law of Afghanistan or enforcement of the Award would be contrary to the laws and regulations of Afghanistan.

Furthermore, Article 30(3) of the Private Investment Law provides that any award resulting from arbitration is final and enforceable.

There are no reported cases filed by foreign investors against Afghanistan, which is unsurprising considering the small number of Bilateral Investment Treaties (“BIT“) currently in force and the paucity of foreign investment due to prolonged conflict. Afghanistan has only signed four BIT’s, and only three have entered into force today:

Afghanistan is a party to multilateral conventions which contain  investment provisions, however. Afghanistan is notably a party to the Energy Charter Treaty since 1998, which provides for the possibility of foreign energy investors to submit a dispute to arbitration. Afghanistan has also signed the Convention on the Settlement of Investment Disputes between States and Nationals of Other States (the “ICSID Convention”), which was ratified in 1968. The ICSID Convention provides for the possibility for foreign investors to submit the dispute to arbitration, however, subject to the parties’ consent which must be provided in a bilateral investment treaty, investment agreement or other treaty, since the ICSID Convention alone does not provide any substantive protection.

Afghanistan also signed an  Agreement on Promotion and Protection of Investment among Member States of the Economic Cooperation Organization (“ECO Investment Agreement“) in 2005, which has not entered into force yet, but provides for the possibility of a foreign investor submitting disputes to arbitration.

While there is no doubt that Afghanistan has seen positive developments in the field of international arbitration, which will hopefully help to attract direct foreign investment to a country destroyed by armed conflict, major obstacles, such as uncertainty, corruption and issues with the enforcement of awards in local courts still remain a challenge Afghanistan will need to overcome.