Arbitration in Algeria is codified in Articles 1006 to 1061 of the Algerian Code of Civil and Administrative Procedure (the “CCAP”). The latest amendment took place on 25 February 2008, through Act No 08-09, and entered in force one year later, on 25 February 2009.

The arbitration provisions of the CCAP are influenced by the UNCITRAL (United Nations Commission for International Trade Law) Model Law, by the French Arbitration Act and by previous case law. Principles such as competence-competence, the separability of arbitration agreements and the parties’ autonomy are enshrined in the Algerian legal system. 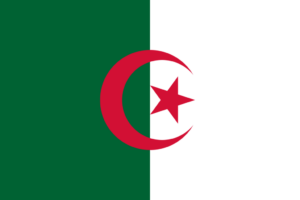 In addition to the reform of 2008, Algeria ratified the Convention on the Recognition and Enforcement of Foreign Arbitral Awards (the “New York Convention”) in 1989, becoming a friendly jurisdiction for arbitration on an international level.

According to Article 1006 of the CCAP, any individual or private entity may resort to arbitration when rights of which it disposes are at stake.

On the other hand, public entities subject to private law (établissements publics industriels et commerciaux) may have recourse to arbitration in either domestic or international transactions.

In any case, arbitration agreements in Algeria must not be contrary to Algerian public order.

The CCAP also requires arbitration agreements (both the clause compromissoire and the compromis arbitral) to be in writing. Additionally, in domestic arbitration, they must designate the arbitrators or provide for a procedure for their appointment.[1]

Constitution of Arbitral Tribunals and Arbitral Proceedings in Algeria

Under the Algerian CCAP, arbitral tribunals are composed of either a sole arbitrator or an uneven number of arbitrators. Arbitrators must be physical persons with full capacity to exercise his or her rights. If the arbitration agreement designates a legal person as an arbitrator, such a person shall only have the power of an appointing authority to nominate an arbitrator.[2]

In case the parties fail to agree on the name(s) of arbitrators required for the constitution of the arbitral tribunal, one of the parties may seize the competent court and request the State judge to designate the additional arbitrator(s).[3]

The nomination of an arbitrator may be challenged in the following cases:

Finally, unless otherwise agreed by the parties, arbitral tribunals are empowered to issue interim awards and conservative measures upon their constitution.

In domestic arbitration, the CCAP does not make any reference to arbitration in equity (i.e., ex aequo et bono decisions). Therefore, decisions must be issued pursuant to rules of national, Algerian law.

However, in international arbitration (i.e., when international interests are at stake), parties are free to choose the set of rules applicable to the merits, including arbitration in equity. In case of “amiable composition”, the arbitral tribunal must, nonetheless, ensure that parties are treated equally and due process is respected. It is worth noting that parties must have expressly empowered the arbitral tribunal to decide in amiable compositeur.[5]

Domestic arbitration awards in Algeria must be signed by the arbitrator(s) and state the following information for their validity:[6]

The CCAP does not determine the necessary contents for international awards. Therefore, the validity of international awards will depend on the arbitration rules or the specific arbitration law applicable to the case. In any case, it would be very difficult to enforce a foreign award that does not contain at least the arbitrators’ names, their signatures and the date the award was rendered.

Finally, domestic awards may be subject to appeal (which can be waived) while international awards may only be set aside in limited circumstances. It is worth noting that, as a member of the New Convention, the role of Algerian judges is limited to a prima facie analysis of arbitral awards.

According the CCAP, international awards rendered in Algeria can be set aside under the following conditions:[7]

Recognition and Enforcement of Arbitral Awards in Algeria