Bahrain updated its arbitration law not long ago. Legislative Decree No. 9 of 2015 (the “BAA”) has incorporated the Model Law of the United Nations Commission for International Trade Law (the “Model Law“) in its entirety and included some additional provisions regarding the parties’ representation (Article 6 of the BAA) and arbitrators’ liability (Article 7 of the BAA). 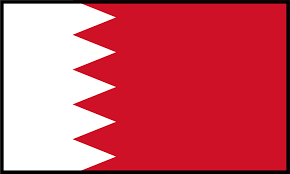 The BAA applies to any arbitration, whatever its nature is, which takes place in the Kingdom of Bahrain, or abroad provided that parties have chosen to comply with the BAA (Article 2 of the BAA).

Besides recent developments brought by the BAA, Bahrain acceded to the Convention on the Recognition and Enforcement of Foreign Arbitral Awards (the “New York Convention”) on 6 April 1988. Two months later, on 5 July 1988, the New York Convention entered into force in the kingdom.

According to Article 4 of the BAA, the definition of the arbitration agreement and its form is to be made in accordance with the first option provided for in Article 7 of the Model Law. Therefore, arbitration agreements in Bahrain may be either (i) in the form of an arbitration clause in a contract or (ii) in the form of a separate agreement. It must be in writing or contained in a document signed by the parties as long as its content is recorded in any form.

In the same vein, the competence-competence principle is also enshrined in the Model Law, which Bahrain has adopted. Thus, arbitral tribunals have the competence to rule on their own competence as a preliminary issue or in the merits phase. Nevertheless, any party that does not agree with the tribunal’s decision can file, within 30 days, a request before the Civil High Court for a conclusive ruling on the issue of jurisdiction. In such a case, the arbitral proceeding is not suspended.

There is no express provision that defines non-arbitrable disputes in Bahrain. However, some disputes are not capable of being settled by arbitration, for instance, matters involving family and criminal law and public policy.

There is no mandatory rule for the selection of arbitrators in Bahrain. Parties are generally free to choose their arbitrators. The selected arbitrator must, nevertheless, enjoy full legal capacity (Article 234 of the Bahrain Civil and Commercial Procedures Act), be qualified to resolve the dispute and be independent vis-à-vis the parties and their counsels.

Where no nomination is made by a party or parties cannot jointly agree on a name, the Civil High Court of Bahrain may intervene and appoint an arbitrator.

In Bahrain, any party may apply to challenge an arbitrator if it becomes aware of any circumstances giving rise to justifiable doubts as to the arbitrator impartiality or independence or in case the arbitrator does not possess the qualification agreed upon by the parties (Article 12 of the Model Law).

The application to challenge an arbitrator must be submitted within fifteen days from the date on which the applicant party becomes aware of the facts giving rise to doubts. The arbitral tribunal itself may analyse the challenge if the parties so agree. If the challenge is rejected, the recalcitrant party may request, within 30 days, the Civil High Court to decide on the challenge.

Finally, any person appointed as an arbitrator must disclose to the parties any fact that may give rise to justifiable doubts as to his/her independence or impartiality.

The Bahrain Chamber for Dispute Resolution, in partnership with the American Arbitration Association (the “BCDR”), is the main arbitration center in Bahrain.

However, other institutions are frequently used by Bahraini parties, such as:

The BCDR was created in 2009 by Legislative Decree No. 30, as amended by the Decree No. 65 of 2014. The Center is divided in a specialised court of arbitration (the “Court”) and an international arbitration center (the “Center”).

The Court has jurisdiction to rule over disputes which (i) exceed the amount of BHD 500,000, (ii) would fall within the jurisdiction of State courts, (iii) involve a financial institution licensed by the Central Bank of Bahrain (at least one of the parties), (iv) are of an international commercial nature.

Parties may only challenge the decision of the Court before the Bahraini Court of Cassation on limited grounds. The decisions are not subject to appeal.

Enforcement of Arbitral Awards in Bahrain

In order to recognise or enforce an award in Bahrain, the award must be final and binding on the parties. Therefore awards that have been set aside or suspended, in the jurisdiction in which they were rendered, are very unlikely to be recognised in Bahrain.

The application for recognition is made before the High Civil Court. Once recognition is granted, one of the parties may apply to the Court of Execution of Bahrain for enforcement.

With respect to the enforceability of domestic awards, they must be deposed with the arbitration agreement before the clerk of the Court that would have jurisdiction to rule on the case. The award is enforceable with an order of President of the Court (Article 240 of the Bahrain Civil and Commercial Procedures Act).

Grounds to Set Aside an Arbitral Award in Bahrain

As a Model Law jurisdiction, arbitral awards under the BAA are deemed to be final and binding on the parties.

The application to set aside an award follows the rules of Article 34 of the Model Law. Accordingly, a party seeking to annul an arbitral award in Bahrain must prove that:

An application to set aside must be filed within three months from the date on which the party seeking annulment received the award.