While the KAA was initially a mirror image of the 1985 version of the UNCITRAL Model Law on International Commercial Arbitration (the “UNCITRAL Model Law”), it was subsequently amended in order to reflect developments in the practice of domestic and international arbitration in Kenya. The Kenyan Arbitration Act provides for standard principles of international arbitration derived from the UNCITRAL Model Law, such as “Kompetenz-Kompetenz” (Section 17), standards of independence and impartiality of arbitrators (Section 13), equal treatment and general duties of the parties (Sections 19 and 19A), the parties’ autonomy (Section 20), and the finality of the award (Section 32A), amongst other principles. 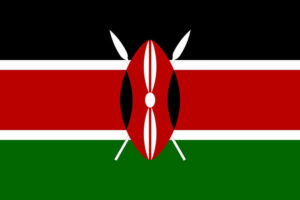 The New York Convention on the Recognition and Enforcement of Foreign Arbitral Awards was ratified by Kenya on 10 February 1989 and incorporated into the Kenyan Arbitration Act (Section 36).

With a solid legal framework in place, Kenya has over the years experienced a significant growth in the practice and development of international arbitration.

There is no express ratione materiae limitation to the use of arbitration under the KAA. Section 3 provides that an arbitral agreement is an agreement “by which parties submit to arbitration all or certain disputes which have arisen or which may arise between them in respect of a defined legal relationship, whether contractual or not”.

Although Section 3 gives the appearance that any dispute may be referred to arbitration, Section 37(b) establishes grounds for refusal of enforcement of an arbitration award, in particular when the subject matter is not capable of being settled by arbitration. In practice, parties cannot arbitrate disputes involving criminal, insolvency, divorce and tax law.

The Kenyan Constitution encourages the use of alternative dispute resolution as a means to achieve justice (Article 159). In this respect, Kenyan courts have been keen to ensure the effects of arbitration agreements in light of the constitutional provision on the promotion of alternative dispute resolution methods. In Bellevue Development Company Limited v. Vinayak Builders Limited et al., for instance, the court refrained from analyzing the merits and gave full effect to the arbitration agreement and parties autonomy:[1]

This Court is thereby enjoined to breathe life into an Arbitration agreement to give effect to the intentions of the contracting parties who freely choose the said mode of dispute resolution in a private contract so as to take advantage of the trilogy of benefits which are said to be attendant to Arbitration.

An agreement is in writing if it contains:

Did the arbitrator have jurisdiction to entertain the parties matter. My answer is in the negative.  That find flows from the above discussion that there was no agreement or contract between the parties and which evidenced Engagement. […] That being so that arbitrator could only have jurisdiction if section 4 of Cap 49 was fulfilled that is the arbitration clause had to be in writing.

Once agreed in writing, the arbitration agreement is treated as an autonomous and separate contract from the underlying contract. The doctrine of separability is provided in Section 17(1) of the KAA and reflected in case law, including Nedermar Technology Bv Ltd v. Kenya Anti-Corruption Commission & another, in which the court stated that the arbitration clause, included in a contract, “shall be treated as an independent agreement from the other terms of the contract and a decision by the arbitral tribunal that the contract is null and void shall not itself invalidate the arbitration clause”.[3]

The principle of Kompetenz-Kompetenz is also provided under the KAA. Section 17 establishes that any challenge concerning the arbitral tribunal’s jurisdiction must be dealt with by the arbitral tribunal itself and raised before the defence on the merits. The tribunal may decide the challenge as a preliminary matter or in the final arbitral award. The tribunal’s decision is subject to a review by the Kenyan High Court if the aggrieved party files an application within 30 days. The Kenyan High Court’s decision is not subject to appeal.

Under the KAA, an arbitral proceeding commences on the date on which a request for arbitration is received by the respondent, unless the parties agree otherwise (Section 22).

Section 12(2) allows parties to freely select their arbitrators. Section 12(1), in turn, determines that no person is precluded by reason of his or her nationality from acting as an arbitrator, unless otherwise agreed by the parties. Thus, nationality is the only basis of preclusion under the KAA.

Arbitrators may be challenged by any party in case of circumstances giving rise to justifiable doubts as to his or her impartiality and independence. A challenge may also be brought if the arbitrator does not fulfill the requirements agreed to by the parties or if the arbitrator is physically and mentally unhealthy to serve. Challenges must be brought within 15 days from the composition of the arbitral tribunal or from date on which the party bringing the challenge becomes aware of the circumstances giving rise to justifiable doubts (Section 13).

Awards, under the KAA, are final and binding upon the parties, unless there is a successful challenge (Section 32(A)). The finality of arbitral awards, as a matter of public policy, was confirmed by the Kenyan Court of Appeal in Kenya Shell Ltd v. Kobil Petroleum Ltd.[4]

It is in the public interest that there should be an end to litigation and the Arbitration Act under which the proceedings in this matter were conducted underscores that policy.

According to Section 35, the only recourse against an arbitral award is a challenge of annulment. However, Section 39 allows parties in domestic arbitration to bring an appeal on points of law arising in the course of the arbitration or out of the award.

Any application to set aside an award must be filed before the High Court of Kenya within three months from the rendering of the award.

Finally, proceedings for enforcement and recognition of foreign awards are subject to the requirements set forth in the New York Convention. The requesting party must produce the original or certified copies of the award and the arbitration agreement. The grounds for refusal of recognition and enforcement are similar to the grounds for setting aside an award (Section 36).