The case of an arbitrator late nomination is an unusual one under the ICC Rules. Under Article 12(4) of the 2012 ICC Rules, in the event that the parties have agreed upon a three-member tribunal, the claimant proceeds with the nomination of its co-arbitrator in the Request, and the respondent nominates its co-arbitrator in the Answer which it must file within 30 days of receipt of the Request, pursuant to Article 5(1) subparagraph e) of the Rules. While a respondent will almost always file a request for additional time to submit its Answer within this 30-day period, pursuant to Article 5(2), and the Secretariat will grant a 30-day extension, this does not affect the said time limit for the nomination of the co-arbitrator – unless the parties expressly agree otherwise. Indeed, the Secretariat may not grant any extension unless the respondent’s request is accompanied with its nomination of its co-arbitrator. The purpose of this requirement is to proceed with a rapid constitution of the arbitral tribunal.

In short, the Rules do not provide for the possibility of an arbitrator’s late nomination and Article 12(4) provides that, in the event that a party fails to proceed with the nomination of its co-arbitrator, the ICC Court will appoint him itself. Therefore, in situations where an Answer is not submitted, or an Answer is submitted or a request for additional time is filed but fails to address the issue of nomination of the co-arbitrator, the Rules allow for the arbitration to go forward with the respondent’s co-arbitrator being nominated by the Court. 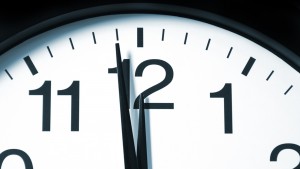 Because it is not uncommon for a respondent to miss the 30-day deadline, for example if it is unrepresented, unfamiliar with the Rules, or a large corporation or a State and the Request has not timely reached the relevant decision-maker,[1] one may however wonder whether the ICC Court would be so harsh as to strip a defaulting respondent of its rights to proceed with the nomination of its co-arbitrator and the practical consequences of this decision at a later stage in the arbitration, or whether the Court would accept the respondent arbitrator’s late nomination.

Indeed, if it is not granted the option of an arbitrator late nomination, the defaulting respondent would arguably lose one of the most significant advantages of the recourse to international arbitration, in particular if the other party retains it. In a worst-case scenario for the defaulting respondent, some jurisdictions may enforce an arbitration agreement providing for the non-defaulting party’s nomination of the two co-arbitrators, which is to say the majority of the tribunal, which will in turn choose the President.[2] Such situations would undoubtedly pose problems at the enforcement stage[3] and give grounds to the defaulting party to seek to annul an award rendered against it on the ground that the arbitrators were not impartial and that the tribunal was not properly constituted as both parties did not possess equal rights in its constitution, although the non-defaulting party would likely argue that both parties were granted the same opportunity to participate in the constitution of the tribunal.[4]

Against this backdrop, one rightfully expect the ICC Secretariat to remain flexible as to the possibility of an arbitrator late nomination and to allow extensions of time rather than request that the ICC Court immediately appoints the co-arbitrator pursuant to 12(4) of the Rules, in particular because the Court also prefers the co-arbitrators to be selected by the parties.[5] This approach is coherent with the absence of explicit sanctions in the event that a Respondent submits a late but complete Answer – which is to say an Answer that contains, inter alia, the nomination of its co-arbitrator – which the Secretariat will transmit to the Arbitral Tribunal, along the rest of the case file, as soon as it is constituted, pursuant to Article 16 of the Rules.[6]

Indeed, it is clear that the provisions relating to Court’s appointment of the co-arbitrator at Article 12(4) of the Rules were intended to prevent dilatory tactics and obstruction of the arbitral process where a respondent deliberately fails to comply with the requirements of Article 5(1) of the Rules rather than prevent this party’s arbitrator late nomination if, in good faith, it failed to submit its Answer or to nominate its co-arbitrator in its Answer or in its request for additional time pursuant to Article 5(2) of the Rules.

[3] Article V(1)(b) of the New York Convention provides that Recognition and enforcement of an award may be refused when a party “was not given proper notice of the appointment of the arbitrator or of the arbitration proceedings or was otherwise unable to present its case.”

[4] Article V(1)(b) of the New York Convention provides that Recognition and enforcement of an award may be refused when a party “was not given proper notice of the appointment of the arbitrator or of the arbitration proceedings or was otherwise unable to present its case.”