In Province of Balochistan v Tethyan Copper Co Pty Ltd, the High Court held that Balochistan was precluded from raising a corruption allegation in the English annulment proceedings because it had failed to raise it as a jurisdictional objection in the underlying arbitration proceedings. The High Court further confirmed that by waiver of election, Balochistan made “a clear choice” not to argue before the Arbitral Tribunal that it lacked jurisdiction because the underlying joint venture contract was void due to corruption, and it could not go back on that choice in the annulment proceedings.

The dispute between the Province of Balochistan (“Balochistan”) and Tethyan Copper Company (“Tethyan”) arose out of the Chagai Hills Exploration Joint Venture Agreement (“CHEJVA”) concluded in 1993 with the purpose to explore and evaluate the economic viability of mineral deposits in the Reko Diq area of the Chagai District of the Province of Balochistan. Balochistan is located close to Pakistan’s border with Iran and Afghanistan, and the Reko Diq area is particularly rich in mineral deposits, boasting the world’s fifth largest goldmine. Tethyan, the defendant, is an Australian company owned by two of the world’s largest mining corporations. The CHEJVA granted Tethyan the right to explore and assess the economic viability of mining mineral deposits in the Reko Diq area. 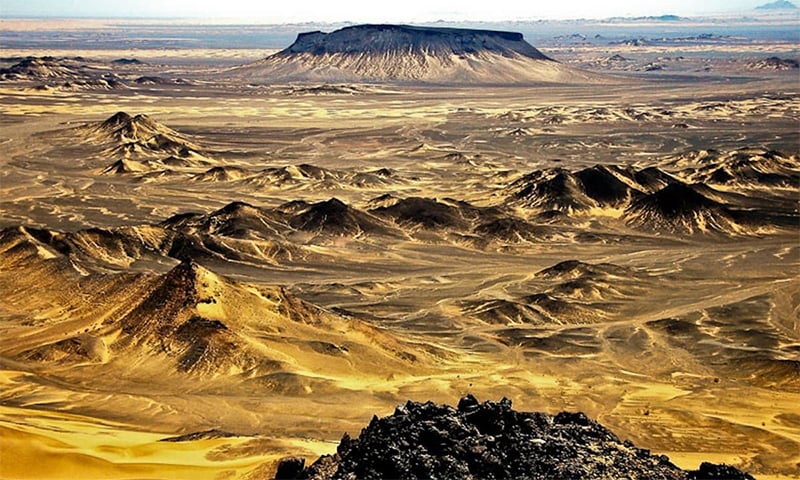 In 2011, following the discovery of large gold and copper deposits, Tethyan applied to the Government of Balochistan for a mining lease. The application was refused and two arbitrations ensued.

The first was an ICC arbitration between the parties based on the arbitration agreement within the CHEJVA.

The second was an ICSID arbitration under the Bilateral Investment Treaty between Australia and the Islamic Republic of Pakistan.

Related proceedings were commenced in the Courts of Pakistan to challenge the denial of the mining lease. In 2013, the Supreme Court of Pakistan decided that the CHEJVA was void because Balochistan had exceeded its powers by signing it, and the CHEJVA itself was made in violation of Pakistani law and contrary to public policy.

In the English High Court proceedings, Balochistan sought to have the ICC Partial Award annulled under Section 67 of the English Arbitration Act 1996 (“1996 Act”), which allows a party to arbitral proceedings to challenge an award on the basis that the tribunal did not have substantive jurisdiction.

The key contentious issue raised by the parties was whether a broad allegation of corruption by Balochistan in the arbitration constitutes having raised a jurisdictional issue based on corruption, or whether the issue of corruption had to be raised as an objection to jurisdiction fairly and fully, so that the arbitral tribunal had a chance rule on it.

Balochistan’s position was that on 27 January 2012, and before the arbitral tribunal was appointed, it filed “Objections to Jurisdiction” with the ICC Court under Article 6(2) of the ICC Rules. Referring to these objections, Balochistan argued in the High Court proceedings that it had raised corruption in paragraph 11 of the objections (“The fact that the Joint Venture Agreements were made in flagrant violation of Pakistani law is also indicative of the corruption at work”) and in paragraph 17, expressing that there was “ample authority to indicate that contracts that have been the result of illegality and/or corruption have led to the international arbitral tribunals declining jurisdiction.”

However, in Balochistan’s Reply of May 2014 in the ICC arbitration, it pleaded instead “Balochistan does not presently allege that the CHEJVA was obtained by corruption.”

The High Court held that although Balochistan might have faced difficulties in investigating the corruption allegation, those challenges do not account for the Province not raising the objection when it had, on its own acknowledgement, the knowledge to do so, and also had the advice and assistance of a reputable law firm. Yet, it expressly chose not to raise corruption as a jurisdictional objection and instead to focus on the argument before the ICC tribunal on the merits.

A second, related issue, the High Court considered was whether Balochistan was prevented from raising the corruption allegation because of “waiver by election”.

The doctrine of waiver by election or simply, election, applies where a choice has to be made between two mutually exclusive courses of action. The party asserting waiver has to show that (i) the other party knew the facts that led to the need to elect one of the choices available, and (ii) that the other party knew of its legal right to elect, and (iii) regardless of this knowledge in fact and in law, that party still elected to go down one road rather than the other.

The High Court further held that the fact Balochistan did not have evidence concerning corruption upon which it is now able advance a case does not relieve it of the consequences of its informed election, when at the point of that informed election it believed it had sufficient evidence to make the allegation but it did not do so.

Parties to an arbitration should investigate at an early stage whether there are any grounds upon which an objection could be made and make the objection in full to the tribunal. Parties should also not overly focus on the amount of conclusive evidence confirming whether corruption had taken place but rather consider raising challenges to an arbitral tribunal’s jurisdiction when there is sufficient evidence to suggest corruption and/or illegality. Since disclosure takes place throughout the course of arbitration proceedings, parties should regularly assess whether any new grounds of objection exist and then make the objection promptly, so as not to run afoul of the restrictions in Section 73 of the English Arbitration Act 1996 at a later stage.