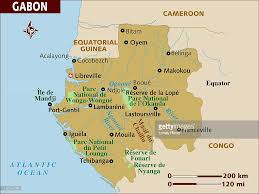 Aceris Law’s Gabon Arbitration Lawyers Desk is a dedicated team of lawyers at Aceris Law, a specialised international arbitration law firm, which accompanies clients involved in arbitrations concerning Gabon, i.e., where Gabonese law applies, a contract is executed in Gabon, the dispute is brought by or against a party in Gabon, or the Gabonese State or a Gabonese State entity is involved.

Aceris Law’s Harvard, Oxford and Sorbonne trained lawyers are admitted to bars of Western Europe, Eastern Europe and North America and have significant prior experience dealing with commercial, construction and investment treaty arbitrations under the ICC, ICSID, UNCITRAL, LCIA, SCC, SIAC, ICDR, VIAC and other arbitration rules, many of which have concerned Gabon and neighbouring States.

Our Gabon Arbitration Lawyers Desk maintains ties to the best domestic Gabonese lawyers, who are involved depending on the specific needs of a given arbitration. This ensures that our clients obtain the best arbitration legal representation while also maintaining cost-effectiveness for arbitrations involving Gabon. We can meet clients directly in Libreville and are always available to clients, regardless of their location, through videoconference.

Our Gabon Arbitration Lawyers Desk also has access to Gabonese jurisprudence and doctrine, while speaking French and English, which are languages commonly used in disputes concerning Gabon. William Kirtley, the founder of Aceris Law is American and French national, admitted at the New York Bar and Washington Bar and a former member of Paris Bar. He worked in West Africa for a number of years prior to studying law in North America and France. Dr. Marie-Camille Pitton is an internationally educated French arbitration special counsel at Aceris Law, registered as an attorney in New York and registered at the Versailles Bar with over a decade of experience in international arbitration. Zuzana Vysudilova of Aceris Law is Slovak, registered at the Paris Bar and speaks English, French, Czech and Slovak fluently.

By having a dedicated team for arbitrations concerning Gabon, Aceris Law ensures that the arbitrations involving Gabon are handled efficiently, making the best use of our arbitration lawyers’ know-how as well as linguistic and cultural skills, which are important for a successful outcome of an international arbitration.

To learn more about Aceris’ Gabon Arbitration Lawyers Desk, please do not hesitate to contact us.