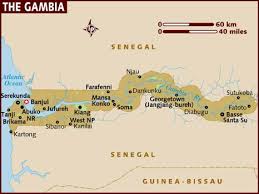 Aceris Law’s Gambia Arbitration Lawyers Desk is a dedicated team of lawyers at Aceris Law, a specialised international arbitration law firm, which accompanies clients involved in arbitrations concerning Gambia, i.e., where Gambian law applies, a contract is executed in Gambia, the dispute is brought by or against a party in Gambia, or the Gambian State or a Gambian State entity is involved.

Aceris Law’s Harvard, Oxford and Sorbonne trained lawyers are admitted to bars of Western Europe, Eastern Europe and North America and have significant prior experience dealing with commercial, construction and investment treaty arbitrations under the ICC, ICSID, UNCITRAL, LCIA, SCC, SIAC, ICDR, VIAC and other arbitration rules, many of which have concerned Gambia and neighbouring States.

Our Gambia Arbitration Lawyers Desk maintains ties to the best domestic Gambian lawyers, who are involved depending on the specific needs of a given arbitration. This ensures that our clients obtain the best arbitration legal representation while also maintaining cost-effectiveness for arbitrations involving Gambia. We are able to meet clients directly in Banjul and are always available to clients, regardless of their location, through videoconference.

Our Gambia Arbitration Lawyers Desk also has access to Gambian jurisprudence and doctrine, while speaking English.

We have significant prior experience with arbitrations involving West Africa. For example, Aceris Law’s Gambia Arbitration Lawyers Desk co-represented a Claimant in an ICC arbitration concerning a gas processing agreement under Nigerian law. Aceris Law also represented an Austrian construction company in an ICC emergency arbitrator proceedings and arbitration against a West African contractor. Our lawyers served as a counsel for West African company in an ad hoc arbitration under OHADA law and provided counselling in settlement negotiations for a West African client against a large French company. We have also participated in an arbitration against an African State regarding the modernization of its customs agency, have served as counsel in an investment arbitration dispute against an African country in the mining industry, have served as counsel in an investment arbitration dispute regarding the expropriation of land and have provided legal representation to an African client in a dispute with a mining company. We were also involved in a dispute regarding the telecommunications industry in a neighbouring State.

By having a dedicated team for arbitrations concerning Gambia, Aceris Law ensures that the arbitrations involving Gambia are handled efficiently, making the best use of our arbitration lawyers’ know-how as well as linguistic and cultural skills, which are important for a successful outcome of an international arbitration.

To learn more about Aceris’ Gambia Arbitration Lawyers Desk, please do not hesitate to contact us.