International arbitration has a long-standing tradition in Sweden. As an arbitration-friendly jurisdiction, Sweden has traditionally been a popular place of arbitration, especially for parties from the ex-Soviet Union and China when negotiating with their counterparties from the USA, Western Europe and Canada. The reasons for this are historical and date from the Cold War since, as early as the 1970s, the Arbitration Institute of the Stockholm Chamber of Commerce (the “SCC”) was recognised by the US and the Soviet Union as a neutral place for resolving international disputes.[1]

Until today, the SCC remains the most popular institution for resolving domestic and international arbitrations in Sweden. The SCC recently changed its name from the “Arbitration Institute of the Stockholm Chamber of Commerce” to the “SCC Arbitration Institute” with the new SCC rules that came into force on 1 January 2023 (“2023 SCC Rules”)(see also New 2023 SCC Arbitration Rules). 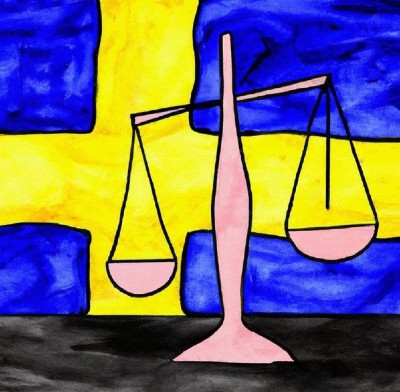 The 2019 amendments were intended to enhance the efficiency and accessibility of arbitration in Sweden and challenge proceedings before Swedish courts for international parties.[4] The most notable changes introduced by the Swedish Parliament in 2019 include, inter alia, a clarified mandate for arbitrators to determine the applicable substantive law, an enhanced possibility for a party to appoint a replacement arbitrator, and new provisions on consolidation and arbitrator appointment.[5]

Even though Sweden did not formally adopt the UNCITRAL Model Law on International Commercial Arbitration (the “Model Law”), the Model Law was very much a source of inspiration for Swedish legislators and most of the provisions are very similar to the provisions of the Model Law, even more so following the 2019 amendments. There are a few notable differences between the two, however:[6]

The Swedish Arbitration Act contains only a few mandatory provisions from which the Parties cannot derogate. For instance, Section 1 provides that arbitration can only be used in disputes in which parties may reach a settlement. Section 8 of the Swedish Arbitration Act, which provides that arbitrators must be impartial and independent, is another provision which is considered mandatory under Swedish law. The arbitral award must also comply with the basic principles of Swedish public policy and be in writing, duly signed by the arbitrators, as explicitly provided in Section 33.

Section 6 of the Swedish Arbitration Act explicitly provides that an arbitration agreement may not be invoked where it was entered into prior to a dispute in the case of disputes between a business enterprise and a consumer of certain goods, services or other products for private use, unless otherwise provided by Swedish law. In other words, Swedish law does not allow arbitration agreements concerning future disputes between a business and a consumer.

Unlike the Model Law, Swedish law does not require an arbitration agreement to be in a specific form (it can be in writing, or concluded orally, or even by implication). The parties can also be considered to be bound to arbitrate under practices established between them, as held by the Svea Court of Appeal in Värmeledningsaktiebolaget Radiator v. Skanska AB.[11]

In practice, the vast majority of arbitration agreements are nevertheless made in writing.

The arbitrability of disputes is also governed by Swedish law, even when the law applicable to the merits of the dispute or the arbitration agreement is a foreign law.[12] Under Swedish law, disputes which the parties may not settle by agreement cannot be subject to arbitration (i.e., are considered as non-arbitrable). These typically include disputes related to criminal or family law, but also the registration and validity of patents and trademarks, and questions of punishment and forfeiture. In matters of competition law, arbitrators may only rule on the civil law effects of competition law between parties but not on the substance of competition law.

Principles of Separability and Competence-Competence

The parties in arbitrations seated in Sweden are also free to agree on any applicable law. Absent such an agreement, the arbitral tribunal decides on the applicable substantive law. This is firmly established as a principle under Swedish law. This was also formally incorporated in 2019 amendments to the Swedish Arbitration Act, which leaves broad discretion to the tribunal to decide on the applicable law:

If the parties have not come to an agreement in accordance with the first paragraph, the arbitrators shall determine the applicable law.

The arbitrators may base the award on ex aequo et bono considerations only if the parties have authorized them to do so. SFS (2018:1954).

The 2023 SCC Rules also include a very similar provision in Article 28 (Applicable law), which reads:

The Swedish Arbitration Act does not contain any specific provisions regarding the joinder of third parties. The parties are free to agree to join a third party to the proceedings, but a third party cannot be forced to join. The SCC Rules, on the other hand, contain explicit provisions regarding the possibility of joinder of additional parties. This is set out in Article 13, which provides that the SCC Board may decide to join one or more additional parties provided that the SCC does not manifestly lack jurisdiction over the dispute.

Section 23 of the Swedish Arbitration Act also provides for the possibility of the consolidation of new claims with pending proceedings, upon the request of a party and after consultation with the parties and tribunal. Specifically, Section 23a, which was introduced in 2019, tersely provides the following:

An arbitration may be consolidated with another arbitration, if the parties agree to such consolidation, if it benefits the administration of the arbitration, and if the same arbitrators have been appointed in both cases. The arbitrations may be separated, if there are reasons for it. SFS (2018:1954).

A similar provision is also contained in the SCC Rules, which stipulate that the SCC Board may consolidate new claims with pending proceedings upon a request of a party and after consulting the parties and the tribunal (2023 SCC Rules, Article 15).

Interim Measures and Arbitration in Sweden

As a matter of Swedish law, both foreign and domestic parties in either ad hoc or institutional arbitrations may obtain interim measures from either courts or arbitrators.

Section 25(4) of the Swedish Arbitration Act explicitly empowers arbitrators to issue decisions on interim measures upon the request of a party unless the parties have agreed otherwise.

Article 37 of the SCC Rules provides arbitral tribunals with the power to grant interim measures as follows:

The Appeal, Setting Aside and Enforcement of Arbitral Awards by Swedish Courts

One of the basic principles of arbitration, deeply entrenched in Sweden, is that arbitral awards cannot be appealed on their merits. An arbitral award may only be set aside by the courts after it has been challenged on formal or procedural grounds. Specifically, Section 33 of the Swedish Arbitration Act provides that an award is invalid, if:

Invalidity may also apply to only part of an arbitral award.

Section 34 further provides that an award that may not be challenged in accordance with Section 36 shall, following an application, be wholly or partially set aside upon motion of a party in case of the following:

1. if it is not covered by a valid arbitration agreement between the parties;
2. if the arbitrators have made the award after the expiration of the time limit set by the parties;
3. if the arbitrators have exceeded their mandate, in a manner that probably influenced the outcome;
4. if the arbitration, according to Section 47, should not have taken place in Sweden;
5. if an arbitrator was appointed in a manner that violates the parties’ agreement or this Act;
6. if an arbitrator was unauthorized to adjudicate the dispute due to any circumstance set forth in Sections 7 or 8; or
7. if, without fault of the party, there otherwise occurred an irregularity in the course of the proceedings which probably influenced the outcome of the case.

Foreign arbitral awards are also recognised and enforced in Sweden, as Sweden ratified the New York Convention on 28 January 1972 without any reservations. Article V(1) of the New York Convention, setting out grounds for refusing recognition and enforcement of arbitral awards, has been incorporated in Section 54 of the Swedish Arbitration Act, whereas Article V(2) has been included in Section 55.

[1]              GAR, Survey, The Guide to Regional Arbitration, Arbitration Institute of the Stockholm Chamber of Commerce.