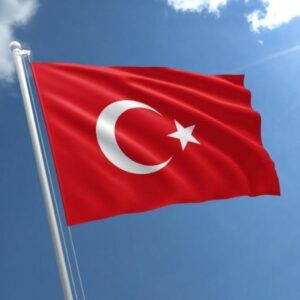 International vs. Domestic Arbitration in Turkey

Arbitrability of Disputes in Turkey

Both the International Arbitration Law and the CCP provide that disputes in rem over immovable property and disputes that are not subject to the parties’ intention are not arbitrable, i.e., must be heard before State courts.[4] In accordance with Turkish Court of Cassation decisions, these include, primarily:

Upon the request of a party, arbitrators may also be appointed by the court if one of the parties fails to follow the agreed procedure, or if the parties or the arbitrators are unable to reach an agreement, or the third party, body or institution is authorized to make the selection and fails to do so.

Pursuant to Article 7(C) of the Turkish International Arbitration Law, an arbitrator may be challenged if:

1) He/she does not possess the qualifications that were agreed to by the parties;

2) If there exists a reason for challenge in accordance with the arbitration procedure agreed by the parties; or

3) If the existing circumstances give rise to justifiable doubts as to his impartiality or independence.

The parties are also free to agree on the procedure for challenging an arbitrator. The Turkish International Arbitration Law provides that the party that intends to challenge an arbitrator may bring a challenge within 30 days after the appointment of the arbitrator or after becoming aware of the circumstances that give rise to the challenge. In case the arbitral tribunal rejects the requesting party’s challenge of one or more arbitrators, such party may apply to the court within 30 days and request the court to set aside the arbitral tribunal’s decision. In practice, most arbitral tribunals take into account the IBA Guidelines on Conflicts of Interest in International Arbitration, which, however, are not binding on tribunals but are used merely as guidelines.

Correction and Clarification of Arbitration Awards

Pursuant to Article 14 of the International Arbitration Law, a party may request the tribunal to correct the award in case of errors in computation, clerical or typographical errors or similar errors within 30 days as of the issuance of the award. A party may also request the interpretation of the award, in whole or in part, within the same time limit. In addition, a party may also request the tribunal to issue an additional award in the event that it rendered the award infra petita (i.e., not deciding all issues submitted to the arbitral tribunal), with a possibility of the issuance of an additional award.

Recognition and Enforcement of Foreign Arbitral Awards in Turkey

Setting Aside of Arbitration Awards in Turkey

Under Turkish law both international and domestic arbitration awards are subject to setting aside/annulment proceedings. Article 15(A) of the International Arbitration Law provides that the competent court for a setting aside action is the civil court of first instance with jurisdiction (yetkili asliye hukuk mahkemesi in Turkish). Article 15(A) basically codifies the same grounds as provided in Article 34 of the UNCITRAL Model Law, which include:

Where the party making the application furnishes proof that:

a) a party to the arbitration agreement was under some incapacity; or the said agreement is not valid under the law to which the parties have subjected it or, failing any indication thereon, under Turkish law;

b) the composition of arbitral tribunal is not in accordance with the parties’ agreement, or, [failing such agreement] with this Law;

c) the arbitral award is not rendered within the term of arbitration;

d) the arbitral tribunal unlawfully found itself competent or incompetent;

f) the arbitral proceedings are not in compliance with the parties’ agreement [as to the procedure], or, failing such agreement, with this Law provided that such non-compliance affected the substance of the award;

g) the parties are not treated with equality; or

2. where the court finds that

a) the subject matter of the dispute is not capable of settlement by arbitration under Turkish law; [or]

b) the award is in conflict with the public policy.

Arbitrability and public order issues are considered ex officio by Turkish courts, whereas the other grounds should be proven by the party requesting the setting aside. An arbitration award may be annulled partially or fully.

By adopting an arbitration law based on the UNCITRAL Model Law and ratifying the main international conventions, Turkey has made its arbitration law very comprehensive and has undoubtedly taken a great step forward and created an investor-friendly environment for major infrastructure contracts.

There is always room for improvement, however, as the Turkish International Arbitration Law does not provide solutions to some modern problems faced by the parties in international arbitration. For instance, it does not contain provisions relating to third party intervention and/or joinder of additional parties, which are relevant considering that many disputes arising under the International Arbitration Law concern joint ventures, consortiums or similar agreements involving multiple parties. In addition, despite its attempt to limit the courts’ intervention and accelerate the arbitration process, the possibility to appeal the decision concerning the annulment action – and thus provide for a double control of the award – in reality seems to have had the opposite effect. Furthermore, while the arbitral tribunal can order preliminary injunctions or preliminary attachment, and require testimony at the request of a party, unless otherwise agreed it cannot grant interim remedies that bind third parties or that need to be executed by official authorities or execution offices. The arbitrators’ lack of power to grant executive measures is another example of the large role attributed to State courts whereas one may even inquire as to the usefulness of conferring power upon arbitrators to render provisional awards since their interim measures have no executive or enforcing effect.