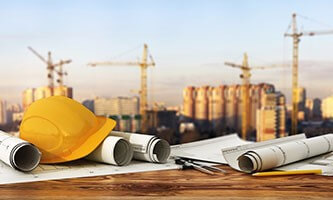 Construction arbitrations also frequently involve very specific claims: delay and disruption claims, claims for extensions of time and prolongation costs, claims for liquidated damages and backcharges, claims for acceleration and variations, inter alia, which generally require sophisticated methodologies for the quantification of damages and often benefit from the use of expert evidence.

An important factor in the international construction industry, which helped to establish arbitration as the preferred dispute resolution method for construction disputes in comparison to litigation, is the widespread use of standard forms of construction contracts. The first standard form of contract designed for use in international construction transactions, which remains used today in the construction industry, was published by the International Federation of Consulting Engineers (FIDIC) in 1957. FIDIC contracts, but also a number of other standard contracts published by various national and international professional associations (e.g., standard contracts published by The Institution of Civil Engineers,  the Joint Contracts Tribunal, and other well-known organizations) typically recommend arbitration as the preferred dispute settlement method, in addition to providing for dispute boards which provisionally decide upon the merits of a dispute.

An efficient document management system, not only before the dispute arises (entities should record as much information as possible while a project is ongoing), but also during a construction arbitration, is crucial in construction arbitration. Careful consideration should also be given to the selection of arbitrators as it is important for the tribunal to know and understand the complexities of construction disputes and how to use the correct tools to administer the dispute properly. Careful case management and a proactive approach from arbitral tribunals is also important. This is why the ICC Report on Construction Industry Arbitrations, prepared by the ICC for arbitrators and practitioners in the field, suggests appointing a member of the tribunal who is familiar with construction contracts and, in general, able to comprehend the often complex technical and legal issues involved in construction projects.

An important feature of construction arbitration is that major construction projects typically involve multiple parties, not only the employer and the contractor, but also subcontractors, project managers, engineers, architects, consultants, banks, lenders, insurers, suppliers, etc. A dispute arising out of a construction contract may have an impact on many of the parties involved and, accordingly, it is often useful for the dispute resolution method to provide for options for the joinder of additional parties or the consolidation of proceedings so that all related disputes can be resolved before a single arbitral tribunal. Major international arbitral institutions have recognized this and now provide for the possibilities of joinder and consolidation of the proceedings in recent versions of their rules (see, e.g., Article 22(viii) and (ix) of the 2014 LCIA Rules, Articles 7-10 of the 2017 ICC Rules, Articles 13-15 of the 2017 SCC Rules).

Construction disputes often require the rapid resolution of certain time-sensitive issues, which are sometimes vital for the success of a project. Time is of the essence in most construction projects and certain important decisions, such as to permit work to progress on the project in order for the works to be completed on schedule are needed quickly. While dispute boards which provisionally decide upon the merits of a dispute can be very useful, parties also often need an efficient and expedited final and binding resolution of their dispute, including the possibility of tribunals granting interim measures or the use of emergency arbitrators prior to the constitution of an arbitral tribunal, which are provided by all major arbitration rules.

One reason why parties generally prefer arbitration over litigation before national courts is not only the inefficiency of certain national courts, or the frequently cited cost advantages (which today arise primarily because arbitral awards cannot be appealed like domestic court judgements), but also the fact that national courts may lack competent judges specialized in construction disputes. Arbitration allows the parties to appoint arbitrators and experts with specialized knowledge and understanding of complex construction projects, applicable rules and national laws. Also, the procedural flexibility of arbitration allows the parties to tailor the arbitral procedure to suit their own needs and the needs of the construction project.

As major international construction projects often involve parties from different jurisdictions, with different cultural approaches and coming from different legal systems, parties also often see arbitration as the preferred dispute resolution method, as a three-membered tribunal composed of arbitrators with different background and from various legal systems will appear more neutral and independent that national judges before local courts. When dealing with entities of various nationalities, it is also important that final arbitral awards may be readily enforced in all major countries of the world, unlike domestic court judgements.