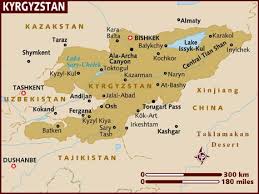 Our Kyrgyzstan Arbitration Lawyers Desk has access to Kyrgyz jurisprudence and doctrine, while speaking Russian and English, which are languages commonly used in disputes concerning Kyrgyzstan. We also have the possibility of meeting clients directly in Bishkek, although our home office is in Geneva, Switzerland.

To learn more about Aceris’ Kyrgyzstan Arbitration Lawyers Desk, please do not hesitate to contact us.