In ICC arbitration, upon its constitution, the first task the arbitral tribunal must undertake is to establish the Terms of Reference (Article 23 of the ICC Arbitration Rules) and convene a case management conference with the parties (Article 24 of the ICC Arbitration Rules) during, or following, which a procedural timetable for the whole arbitration must be established. This procedural timetable aims at providing “a basic framework for conducting an efficient arbitration [listing] all the major stages of the arbitration, including dates for meetings and hearings and deadlines for, among other things, the filing of written submissions, evidence and witness statements.”[1] If needed, the procedure can be modified at the subsequent stages of arbitral proceedings. 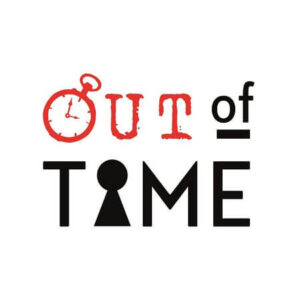 The respect of the procedural timetable by the parties is important, especially when, according to Article 22(1) of the ICC Arbitration Rules, they “shall make every effort to conduct the arbitration in an expeditious and cost-effective manner”.

However,  it sometimes occurs that an important piece of evidence could not be produced on time or is discovered or accessible to parties only after the deadline imposed by the procedural timetable. Therefore, a question emerges – under what conditions is it possible to submit new evidence after an imposed procedural deadline? In the following paragraphs, we will review how this issue is apprehended in ICC arbitration.

Handling the Late Submission of Evidence in ICC Arbitration

In the interests of efficiency, arbitral tribunals will not normally allow additional documentary evidence to be filed outside the time limits that it has fixed, save in exceptional circumstances.[2]

International arbitration doctrine considers that arbitral tribunals are rather flexible in this regard,[3] but that the assessment of such special circumstances should take into account, inter alia, the following criteria:

In turn, Gary Born considers that “the concept of equality of treatment is essentially a requirement of non-discrimination. All parties to the arbitration must be subject to the same procedural rules and afforded the same procedural rights and opportunities. These requirements are reflected in adages such as ‘a level playing field,’ ‘equality of arms’ and ‘equality of treatment,’ all of which embody a core principle of equality and non-discrimination.”[6]

In addition, international arbitration scholars point out that in order for the due process principle and equal treatment of the parties to be respected, the arbitral tribunal while considering the late submission of evidence needs to ensure that the other party has sufficient, not necessarily mathematically equal, time to organize its defense:

[W]here a party submits a document after an agreed deadline, the arbitrators will have to extend the other party’s deadlines and ensure that the latter will then have sufficient time to prepare for the next stage of the arbitration, which will often be the hearings. Equal treatment of the parties does not necessarily mean that each party must have exactly the same number of days to produce its written submissions and evidence. They must simply have been able to present their arguments of fact and law under broadly similar conditions.[8]

In the Final Award rendered in ICC Case No. 6573, the arbitral tribunal held that such an opportunity to comment on a late submission needs to be effective and not merely formal:

There is no reason why such proof could not have been submitted timely. As a result of the late submission, defendant – although formally given an opportunity to comment on this statement at the hearing – had no effective possibility of verifying and, if appropriate, challenging the statement’s contents.[9]

Likewise, in a Procedural Order rendered in ICC Case No. 12944, the arbitral tribunal refused to strike from the record belatedly-filed expert submissions, accepting respondent’s arguments that the new evidence was in fact a rebuttal report, addressing issues raised for the first time by claimant’s expert in his report, and considered that claimant would have “more than sufficient time to address the contents, including any assumptions, data or expert opinion is set forth in any of the challenged expert documents prior to the Witness Hearings starting at the end of January 2005. Such evidence can also be addressed, as [Claimant] sees fit including arguments as to its relevance and/or correctness, in [Claimant]’s final brief due on 24 December 2004.”[10]

It should be noted that this position is in line with the one adopted by certain national courts. For example, in the context of late submissions of evidence, and in line with jurisprudence constante,[11]the Paris Court of Appeal considered in its decision dated 30 June 1988 that the arbitral tribunal had not breached the principle of due process by having allowed the late production of evidence by one party while having given the other party a possibility to comment on such new evidence in its rejoinder.[12]

[3]     M. De Boisséson, Le Droit français de l’arbitrage: interne et international, para. 740 cited in E. Gaillard, J. Savage, Fouchard-Gaillard-Goldman on International Commercial Arbitration, Chapter II. The Arbitral Proceedings, Kluwer (1999): “in practice, given the flexibility required in arbitration, evidence produced late will be admissible (but not after a closing order, unless the arbitrator considers it possible to reopen the proceedings).”

[4]     J. David, M. Lew, L. A. Mistelis, Comparative International Commercial Arbitration, Chapter 21 – Arbitration Procedure, Kluwer (2003), para. 21-64: “When deciding whether to admit late submissions a tribunal should consider the circumstances of the cases, the need for equality and fairness, the possibility of prejudice to the other party and the requirements for orderly conduct of proceedings.”