What Are the Heads of Costs in a SIAC Arbitration?

What Are SIAC Arbitration Costs at the Beginning of Proceedings?

This initial payment is followed soon after by a deposit for the arbitral tribunal’s fees and SIAC’s fees. Both parties are requested pay 50% of the deposit. However, the SIAC Registrar has the power to fix separate deposits on costs for claims and counterclaims, respectively (Rule 34.2), which is useful when claims have a very different value.

Can SIAC Arbitration Costs Be Paid by Third-Party Funders?

The SIAC Arbitration Rules do not make reference to the possibility of a party to cover arbitration costs by using third-party funding. However, on 31 March 2017, SIAC issued a Practice Note on Arbitrator Conduct in Cases Involving External Funding, which provides that the arbitral tribunal may take into account the existence or the involvement of a third-party funder when deciding on the costs of the arbitration.

The SIAC Investment Arbitration Rules (effective as of 1 January 2017) expressly grant an arbitral tribunal the power to order disclosure of the existence of a funding arrangement entered into by one of the parties to the proceedings, the identity of the third-party funder involved and further details on the third-party funder’s involvement and interest in the outcome of the case.

How Much Does It Cost to Have an Arbitration Administered by SIAC?

The biggest share of all costs related to arbitration tends to consist of lawyers’ legal fees. 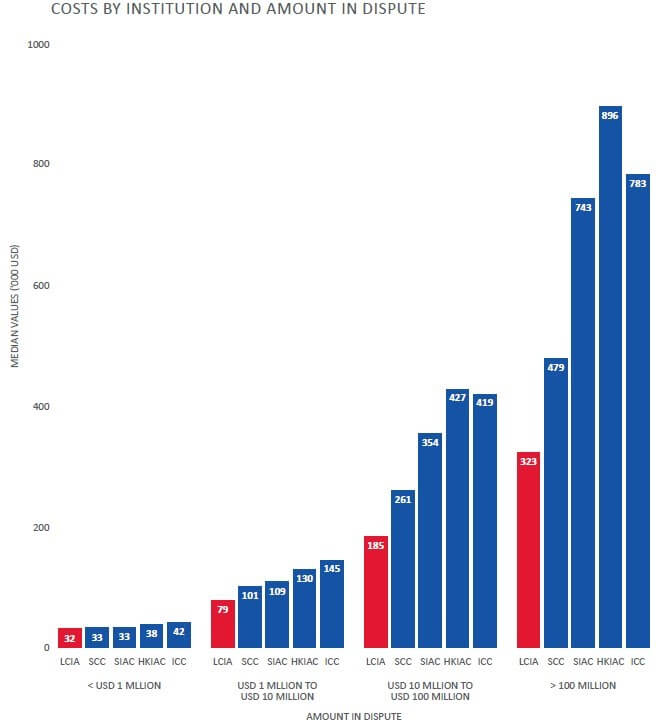 Can SIAC Arbitration Costs be Recovered by the Successful Party?

Rule 37 specifies that the arbitration tribunal has the authority to order that all or a part of the legal or other costs of a party be paid by another party. The SIAC arbitration rules are silent as to how arbitration costs should be allocated, however. In the absence of a rule on allocation, commonly it is considered that the law of the seat of arbitration applies to the arbitral tribunal’s award of costs (ICC Cost Report).