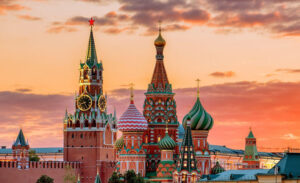 Before 2016, there were concerns about the effectiveness of arbitration in Russia. Russian companies could sue in any arbitration court abroad and, as a rule, all corporate disputes could be resolved by foreign arbitral tribunals. This situation was not without pitfalls, however, as the resulting decision then had to be approved by a Russian court.

On 1 September 2016, the Russian reform (the “Reform”), including an Arbitration and Associated Law, came into force.[1] The Arbitration Law regulates not only domestic arbitration but also, to a certain extent, international arbitration in Russia. It covers disputes with a foreign element – most often involving at least one non-Russian party, a Russian company with foreign participation or cross-border trade. The Associated Law amended the Arbitration Procedural Code of the Russian Federation (“APC”), the International Commercial Arbitration Act (“ICAL”) and several others. The new amendment to the ICAL may slightly broaden its scope to include “investment disputes” and other new elements. The new Arbitration Act and the amendments to ICAL state that the former applies to international arbitration proceedings within the limits specifically provided for.

With the advent of the Reform, all corporate disputes, such as those that arise after mergers and acquisitions and from share purchase agreements or shareholders agreements in Russian companies, must be settled only in those arbitral tribunals which have been granted by the Ministry of Justice of the Russian Federation the status of a “Permanent Arbitral Institution” (“PAI”). However, the fate of this Reform was initially unpredictable. Up until 2019, PAI status was only held by Russian arbitral institutions.[2]

The prominent arbitration specialist, Gary Born, explained in his lecture “The Winter is Coming” concerns by stating that the Russian Reform of 2016 might be seen as part of a rising worldwide fight against international arbitration. There was considerable criticism regarding the Reform, but the arbitration law was designed to combat negative aspects by introducing PAI status. However, the chief concern in Russia was about whether renowned arbitration institutions would actually apply for a license and whether they would  be able to obtain it from the Russian Government and from the Ministry of Justice.  Despite criticism and opposition, the Reform was implemented in 2019.

The question remains open, however, as to whether these institutions can oversee disputes arising from shareholders’ agreements in relation to Russian joint ventures, which constitute another large cross-section of disputes after mergers and acquisitions disputes. Confusion is caused by inconsistencies between the provisions of the APC and the Federal Law No. 382-FZ “On Arbitration (Arbitration Proceedings) in the Russian Federation“.

Even after the 2018 amendments to the Russian Arbitration Act, the conflict between the two laws and the uncertainty as to which law should prevail remained unresolved.[4] In theory, this conflict should not be a problem. Under the rules Lex posterior derogat legi priori and Lex specialis derogat generali when applying the general rules of interpretation of Russian law, the provisions of the Russian Law on Arbitration as a later and more specific law should prevail over the rules of the APC. However, risks could arise if Russian courts eventually resolve this conflict in favour of the APC. If APC requirements prevail for existing arbitrations administered by any PIA (which have not adopted their own special corporate dispute arbitration rules), it could make enforcement of awards in such arbitrations in Russia difficult.

To date, Russian courts have not yet taken a position on this issue.[5] In one case, the court dismissed a claim for alleged lack of jurisdiction because the arbitration clause was neither signed nor extended to the shareholders of a Russian company. However, the decision did not refer to the Russian Arbitration Act, which overrides the requirement of the APC.

In response to a joint request by the VIAC and the HKIAC, the Ministry of Justice of the Russian Federation published clarifications on the application of Russian arbitration law on 10 February 2020. The Ministry of Justice confirmed that the provisions of the Russian arbitration law took precedence over the earlier rules of the APC. The ICC, VIAC, SIAC and HKIAC should thus generally be entitled to consider corporate disputes arising out of shareholders’ agreements, despite the absence of special rules and even if the arbitration clause in the shareholders agreement is only signed by the parties to the shareholders agreement and not by a related Russian company.

Also, a significant portion of disputes arising from mergers and acquisitions and other transactions with Russian parties can now be submitted to the ICC, VIAC, SIAC or HKIAC directly, without the use of so-called waterfall arbitration clauses. If a contract includes a waterfall  arbitration clause and mentions these arbitral institutions, they may automatically be entitled to hear disputes arising from the contract.

At the same time, however, the Ministry of Justice of the Russian Federation has indicated that all corporate disputes relating to liability, termination, appointment, election and suspension of a Russian company’s management can only be resolved by a PAI which has adopted its own special corporate rules.