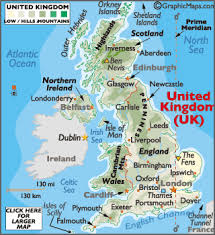 Aceris Law’s Harvard, Oxford and Sorbonne trained lawyers are admitted to bars of Western Europe, Eastern Europe and North America and have significant prior experience dealing with commercial, construction and investment treaty arbitrations under the LCIA, ICC, ICSID, UNCITRAL, SCC, SIAC, ICDR, VIAC and other arbitration rules, many of which have been under English law or had their seat in London.

We have offices in London and maintain permanent access to offices in Glasgow and Belfast to meet and work with clients, although our headquarters are in Geneva, Switzerland, and we are always accessible to clients, regardless of their location, by videoconference.

We have significant prior experience with arbitrations involving the United Kingdom or under English law. For example, Aceris Law’s United Kingdom Arbitration Lawyers Desk recently represented a client in a successful multi-party ICC arbitration under English law against a Middle Eastern company, with our client being awarded essentially all damages sought and defeating a large counterclaim. We have also served as counsel in LCIA arbitrations with their seat in London. We have further served in disputes with British companies regarding the development of turbines, represented a Northern Irish company in a dispute concerning a joint venture in Romania and jointly served in an investment arbitration with British barristers in a dispute taking place in southern Africa.

To learn more about Aceris’ United Kingdom Arbitration Lawyers Desk, please do not hesitate to contact us.