The Final Award is the key decision in an arbitration that has important consequences, in the sense that it is the end outcome of a controversy, or a dispute submitted to an arbitral tribunal or a sole arbitrator, and it will affect the rights between the parties and may not normally be appealed. In addition to resolving the legal or factual differences between the parties, the Final Award may also decide upon the interpretation of contract terms or determine the respective rights and obligations of the parties to a contract. 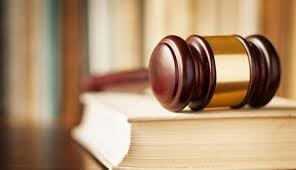 The term Final Award is not only used to differentiate other types of awards, such as interim or provisional awards [1] and partial awards[2], but also to denote two different situations:

Despite the above, there is no universally acceptable definition of an arbitration “award”. The structure, form and content of an award may depend on the composition of the tribunal, or the arbitrator, who drafts the award, on the nature of the dispute, and on the applicable laws and rules. In fact, an arbitral tribunal is free to determine the manner in which it will make awards.

Given its importance, an award should be carefully drafted, and it is always advisable to start drafting it at an early stage of arbitral proceedings to ensure that there is plenty of time for eventual revisions. This becomes more important when the arbitral tribunal is composed of three members, so that each arbitrator has enough time to make its own comments on the draft. In a panel of three arbitrators, the chairman is usually responsible for drafting the award, but if the case is complex the work may be split into parts, although one person, usually the chairman, will coordinate the work and ensure that the reasoning is consistent.

Basic Features of a Final Award

Good final awards are commonly recognizable, as they tend to include several characteristics. For instance, under the International Court of Arbitration Rules (“ICC Rules”), each award, before being rendered, is subject to the approval of the ICC Court by a scrutiny process (Article 34) to guarantee that it is in a good condition and to reduce the risk of its enforcement being refused. For the scrutiny process there is a guidance checklist that arbitrators may follow.

A short checklist can also be found in Article 31 of the Model Law which requires that the award shall be in writing and signed; state the reasons upon which it is based; state the date and the place of arbitration; and that it must be delivered to each party.

Then, the main content of the award should record the claims and defences of the parties, the tribunal’s conclusions on the issues and its reasoning, and finally a dispositive part where the tribunal states its decisions on damages, interest and the award of costs.

The award should be concise and must be confined to the points that need to be decided to reach its final conclusions. Wherever possible, the award ought to use simple, but precise language and terms, avoiding legal or technical jargon which might be difficult to understand. The arbitrators should bear in mind that they are rendering an award to the parties, but especially to the losing party, and ultimately to the national court of enforcement. Expressing the same points of reasoning in different ways can be confusing and can lead to doubt or ambiguity.

Reasoning in a Final Award

An award should state the reasons upon which the decisions are made. This is often considered as a requirement of due process, as it is for instance, in the European Convention of Human Rights. Also, most arbitration rules establish that “the award shall state the reasons upon which it is based” (ICC Rules (Article 32(2)), Model Law (Article 31(2)) and Article 48(3) of the International Centre for Settlement of Investment Disputes Convention (“ICSID Convention”), for example).

The question, however, arises as to whether an award may be challenged only for a complete lack of reasoning or also for insufficient reasoning. In fact, none of the laws requiring a statement of reasons on which the award is based is specific as to the extent of reasoning that is required and therefore, only a total lack of reasons must lead to the setting aside an award. In other words, there are no specific guidelines as to how specific and detailed reasons should be. An interesting example of a definition of the concept of a “failure to state reasons” was enunciated in the Decision on Annulment of MINE v Guinea [3] and followed by the Dissenting Opinion of Sir Frank Berman, in the ICSID Lucchetti case [4], who stated as follows:

“[T]he requirement that an award has to be motivated implies that it must enable the reader to follow the reasoning of the Tribunal on points of fact and law […]. [T]he requirement to state reasons is satisfied as long as the award enables one to follow how the Tribunal proceeds from Point A to Point B and eventually to its conclusion, even if it made an error of fact or law.”

As a rule, the arbitral tribunal ought to avoid attaching documents to the award. Documents must not be incorporated by reference but must be physically part of the award. The award should be a self-contained document.

The award must also contain reasons for the calculation of any figure that the arbitral tribunal arrives at, as well as any interest awarded, if requested by the parties, and it must deal with the costs of the arbitration and their allocation.

At the very end, the award must contain, as mentioned above, a section containing the dispositive part of the award. This sets out the results in simple terms so that a court responsible for enforcement ought to be able to give effect to them without difficulty. This section is usually prefaced by wording such as: “For these reasons the arbitral tribunal makes the following award.” The arbitral tribunal then sets out its decisions and orders, point by point.

Date and Place of the Final Award

Finally, the award must state the place of arbitration (using, preferably, the customary form “Place of Arbitration . . .”, rather than “Done at . . .”). The names of the arbitrators should be given below their signatures and the award must be dated.

Where the award is made may be relevant for the nationality of the award which affects the jurisdiction of challenge proceedings and the relevant enforcement regime. Consequently, the arbitration rules and laws often require that the place of arbitration shall be stated, such as the ICC Rules, Article 32(3) and the Model Law Article 31(3). The place of signing the award has to be distinguished from the place where the award is made.

The date of the award is important, inter alia, for the running of statutory time limits for the challenge of the award and for determining when the award begins having res judicata effect.

It is established practice that an arbitral tribunal with more than one member may decide by majority or by unanimous decision. While unanimity is desirable it cannot always be achieved. Majority decisions are a legitimate result of deliberation among the members of the tribunal and satisfy due process expectations of the parties. Generally, if one party-appointed arbitrator refuses to sign an award the signature of the remaining arbitrators is sufficient, provided that the reason for the missing signature is stated.

An arbitrator who disagrees with the majority of the tribunal may wish to express his opinion in the award or in an annex to it.

It is generally expected that awards will be made promptly. However, the majority of arbitration laws do not set time limits for the making of a final award. They normally leave it to the discretion of the tribunal to determine the appropriate time for the rendering of an award.

However, time limits for the making of an award can be found in some arbitration rules. Time limits, when adopted in arbitration rules, range from 120 days after the closure of the proceedings (ICSID Rules 46), to six months from the adoption of Terms of Reference (ICC Rules Article 31(1)), for instance. Nonetheless, these rules often provide for a mechanism for an extension of time.

[1] Interim or provisional awards, which consist in award that does not definitively determine an issue before the tribunal. (ex. ICC Article 2(v))

[2] Partial awards, means that the tribunal decides in an early stage some claims submitted by the parties, because more appropriate, while leave other issues for further submissions and assessment. Usually, a partial award takes the effect of deciding whether the arbitration should continue to a further stage, namely deciding on the jurisdiction of the tribunal