Concerning Albanian legislation, many attempts have been made in order to better adapt it to international arbitration. In spite of many drafts being prepared, the Code of Civil Procedure (“CCP“) remains the main legal text that regulates arbitration proceedings, however. 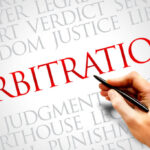 The provisions which regulate arbitration are divided under six headings in the CCP:

Some of these provisions are mandatory. The most important ones are the following:

Legislation, however, contains no specification concerning arbitrable disputes. In practice, issues concerning the status and capacity of individuals, divorce and judicial separation, for example, are to be considered as non-arbitrable matters.

Usually, private companies instead choose institutions like the International Chamber of Commerce (ICC) for their arbitration proceedings.

In case of a court proceeding started by one party in violation of an arbitration agreement, in respect to the kompetenz-kompetenz principle an Albanian court will refuse to hear the case if the latter were to be resolved by arbitration, as agreed by the parties. Unless the arbitration agreement is manifestly void or inapplicable, the Albanian judge will declare himself or herself incompetent.

The existence of an arbitration agreement must be raised by one of the parties prior to any defense on the merits of the case, however. If not, the party that has failed to raise it will be considered to have waived its right to arbitration.

National courts are not entirely excluded from an arbitration. In some cases, a local judge can intervene in order to assist the arbitrators or facilitate the proceedings. For example, a local judge will help with the production of evidence process, he can call witnesses and experts, and the court may ensure that the sanctions imposed by an arbitral tribunal are enforced.

In case of an international arbitration, when an arbitration award has been rendered in Albania, the latter can be set aside but not be subject to an appeal. The only decision that can be challenged is, eventually, the exequatur decision. One can, however, commence a procedure demanding for an award to be set aside. It should be noted that such a demand does not suspend the execution of the arbitration award, unlike in certain jurisdictions.

The grounds upon which an arbitration award can be set aside include:

The parties, however, can expressly waive their right to demand an annulment of an arbitration award.

In order to enforce an award in Albania, the award must not be manifestly contrary to Albanian international public policy. The competent jurisdiction is the Court of Appeal and, more precisely, the Tirana Court of Appeal if the arbitral award has been rendered in a foreign country.

Every refusal to render an enforcement decision must be justified by the court. This refusal can be challenged within one month of the notification of the decision when the arbitration is an international one and the award is rendered in Albania.

Therefore, Albania can be qualified as an “arbitration friendly” country. The enforcement of foreign awards is not subject to many difficulties, as long as the procedure is respected. In case of refusal of enforcement, as indicated above, the decision can be challenged within one month of its notification.