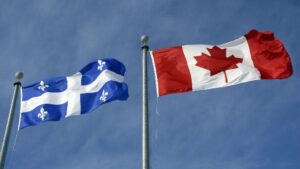 In addition, each province has legislation to regulate domestic commercial arbitration. The law varies from province to province, particularly on issues such as appeal rights and contracting-out of procedural provisions. There are also differences among provincial jurisdictions concerning the:

In Quebec, arbitration is prohibited in certain situations, such as for family disputes (divorce, child custody, support payments, etc.) and protective regimes (tutorship and curatorship).[2]

The provincial legislatures and the Federal Parliament have also enacted legislation to implement the New York Convention.[3]

The advantages of arbitration over litigation before Canadian courts include that (i) litigants can select a neutral and mutually acceptable forum, (ii) they can select procedural rules that are adequate to the dispute and (iii) the enforcement of arbitral awards is facilitated by the New York Convention.

The concepts of separability and kompetenz-kompetenz are well-recognised in Canadian jurisprudence. The Supreme Court recently considered the division of responsibility between the arbitral tribunal and the court for determining whether a dispute should be arbitrated. Generally, challenge to the arbitrator’s jurisdiction must be resolved first by the arbitrator.[6] The court held that a departure from that rule should be made only if both (i) the challenge is based solely on a question of law and (ii) the court is satisfied that the challenge is not a delaying tactic and will not unduly impair the conduct of the arbitration.

The ADR Institute of Canada (ADRIC)[7] has adopted the National Arbitration Rules relating to domestic disputes, and it administers arbitrations under these Rules from its headquarters in Toronto, or through regional affiliates. The ADRIC also trains arbitrators and mediators, and grants accreditations.

The Institut de médiation et d’arbitrage du Québec (IMAQ)[8] is affiliated with the ADRIC. It promotes and develops participatory justice such as arbitration, mediation and other methods of alternative dispute resolution.

Moreover, arbitrations between Canadian and US parties are often administered by the American Arbitration Association (AAA), through the International Centre for Dispute Resolution in New York (ICDR).[10]