The largest and oldest of the arbitral institutions in Serbia was the Foreign Trade Court of Arbitration, established in 1947, which is an independent entity within the Serbian Chamber of Commerce and Industry. In addition, another arbitration institution under the same Chamber which existed was the Permanent Court of Arbitration.

In general, the newly-established institution is competent to settle all types of disputes arising out of business relations, under the condition that the parties have agreed upon its jurisdiction.

The Permanent Arbitration it is managed by the President and the Board, with a Secretariat which supports it with administrative and technical tasks. More information is available at Serbian Chamber of Commerce and Industry’s website.

There is also another arbitration institution in Serbia which was recently established named the Belgrade Arbitration Center (“BAC”). 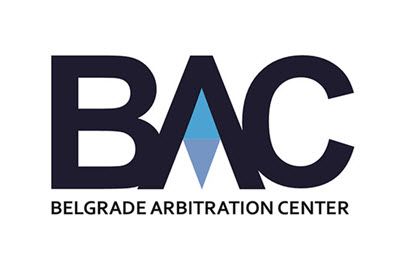 It was established in 2013 as a permanent arbitration institution to administer both domestic and international disputes, assisting in technical and administrative aspects of ad hoc proceedings. With its seat in Belgrade, the BAC provides administrative services for arbitrations conducted under any rules. More information on the Belgrade Arbitration centre together with the list of the Arbitrators and its own rules is available at the institutions’ website.

The law on arbitration in Serbia itself is contained in the Serbian Arbitration Act 2006, a modern law largely based on the UNCITRAL 1985 Model Law. Article 31 of the Arbitration Act 2006 provides for a formation of a single arbitration institution which shall be competent to decide, reconcile and mediate commercial disputes between domestic and foreign business entities.

One might find two arbitration institutions to be unnecessary for a small country like Serbia. However, as a growing arbitration centre for the region, Serbia has recently become a popular venue both for domestic and international proceedings. The increasing caseload is the best evidence of this – both institutions have proven to be competent and busy with a significant increase in the number of cases over the past few years.