Arbitration in Saudi Arabia has changed significantly since 2012 when Saudi Arabia enacted a new arbitration law replacing thirty-year old arbitration regulations. Saudi Arbitration Law (Royal Decree No. M/34) came into force on 7 July 2012, bringing a significant number of modern solutions and reforms to Saudi Arabia’s arbitration framework. The law is based on the UNCITRAL Model law with certain modifications to ensure it complies with Shari’ah principles. 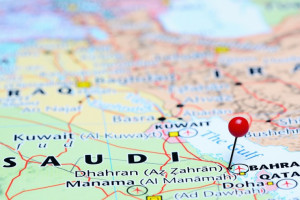 One significant change is that the new law defines what is to be considered an “arbitrable dispute” in Article 2 stating that it “…shall apply to any arbitration irrespective of the nature of the legal relationship forming the subject of dispute, if such arbitration is conducted in the Kingdom, or if it is an international commercial arbitration conducted abroad and the parties thereto have agreed that it shall be subject to these regulations”. This is an important development taking into account that the old law was restricted to domestic arbitrations only. Article 3 further defines what is to be considered a “international dispute” borrowing the standard criteria from the UNCITRAL Model law.

Another important improvement is the requirement for the Arbitration Agreement to be in writing (Article 9), unlike the old law which only required the persons entering into arbitration agreement to have legal capacity. Moreover, in line with the internationally-accepted principle of separability, the new law provides in Article 21 that the arbitration clause is separable from the contract itself.

Finally, one of the biggest changes is with respect to the Arbitral tribunal and the requirements of who may sit as an arbitrator. Article 14 of the new law requires arbitrators to have full legal capacity and good conduct and reputation and at least a university degree in Shari’ah or law. It excludes highly controversial requirements from the previous law that were based on nationality, religion, gender or race. Indeed, the first known female arbitrator was recently appointed in Saudi Arabia.

The greater flexibility the parties now have to elect the arbitral tribunal, to choose arbitral institutions and to select the seat and the language of the arbitration shows that the new Saudi Arbitration law is a modern law in line with international arbitration best practice. These are important developments for doing business in Saudi Arabia and can ensure that no party has a home-court advantage with respect to disputes arising from business in Saudi Arabia.