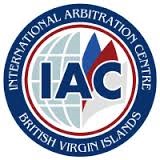 A new British Virgin Islands International Arbitration Centre (“BVI IAC”) was launched on 16 November 2016. This arbitration institution describes itself as an “independent not-for-profit institution” that was created to provide a “neutral, impartial, efficient and reliable dispute resolution institution in the Caribbean, Latin America and beyond.”[1]

The BVI IAC was established under the British Virgin Islands Arbitration Act (“Act”) of 2013, which came into force on 1 October 2014, and was “designed to bring the modern principles and practices of arbitration to the BVI and aims to establish a fair, efficient and flexible legal frame work within which to resolve disputes.”[2] The Act of 2013 was largely inspired by the UNCITRAL Model Law on International Commercial Arbitration.

Around 200 practitioners will be involved in the BVI IAC as potential arbitrators, to conduct arbitrations in several languages including English, Spanish, Russian and Chinese. The center aims to be versatile and efficient, and to welcome all types of arbitration disputes in the region.