Commodity arbitration involving international trade is one the oldest segments of international commercial arbitration, which has become more sophisticated and organized over the years. Commodity markets arose with the increase of trade volume, first in Great Britain in the nineteenth century, especially during the Victorian era, then in the rest of the world. Today, London remains the center of dispute resolution for many commodities, for historical reasons, including for certain metals, grains, oils, seeds, fats, coffee, cocoa, sugar, nuts and cotton.

Dispute resolution mechanisms are set forth in standard contracts providing for arbitration under the rules of various trade associations. From a comparative perspective, commodity arbitration differs significantly from mainstream commercial arbitration under some arbitral institutions, such as the ICC or the LCIA. 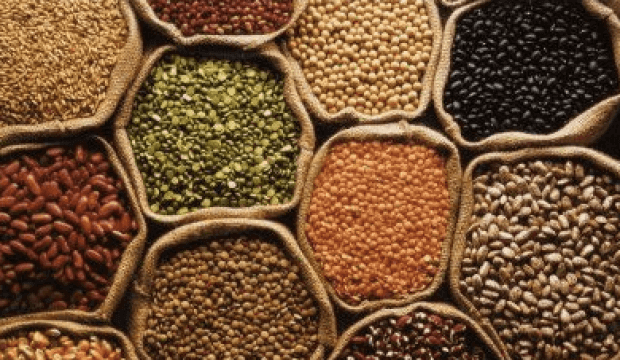 Although dispute resolution rules vary for each trade association, there are some common general features of commodity arbitration, which are addressed below:

Time Limits: typically, procedural rules governing commodity arbitrations set out very short time limits for initiating proceedings. These time limits are often used as a form of bargaining by traders, e.g., sellers may offer a lower contract price in return for a short time limit for claims relating, for instance, to quantity or weight.

A failure to comply with a time limit will bar claims in certain instances. For instance, the Rules of Arbitration and Appeal of the Federation of Cocoa Commerce contain short time limits for commencing arbitration, which prevent parties from pursuing a barred claim.

The board of appeal is typically composed of three to five adjudicators. The appeal entails a de novo hearing of the case, in which the parties are authorized to submit new submissions and to provide new evidence.

Another feature of hearings at the appeal stage is the requirement of oral statements. While commercial arbitrations are largely conducted on paper, experts or witnesses in commodity arbitrations will often be required to be cross-examined at hearings.

Absence of Lawyers: the rules of some commodity associations prohibit parties from being represented by lawyers. As the prohibitions only concern practicing lawyers, it is possible to find parties represented by other qualified professionals, including academics or independent arbitrators.

String Arbitration:  the trade of commodities usually requires the good to be sold and resold successively between different parties. “String contracts” refer to contracts that have the same conditions and commercial terms for all parties, except to provisions related to the date and price.

One consequence of string contracts is the risk of inconsistent decisions: if a dispute arose with respect to the quantity or conditions of a good, several different parties could file parallel proceedings regarding the same subject matter.

In order to avoid discrepant outcomes, arbitration rules of different trade associations provide that any dispute, in relation to quality or condition, is to be resolved between the initial seller and the last buyer, as if they were a party to a single contract. The award of such an arbitration, however, is binding on all intermediate parties and may be enforced by any party against its immediate contracting party.

As to rights of appeal in string arbitrations, they are governed by the rules of the trade association in question. Generally, each party in the string has the right to appeal before the competent body.

An overview of arbitration proceedings under the rules of some leading trade associations is set out below.

The London Metal of Exchange

The London Metal Exchange (LME) is the world center for metal trading, established in 1877, but tracing its origins to the 16th century. The LME was initially founded to protect the trade of metals through the creation of a single marketplace and standard provisions for all contracts.

According to the LME Arbitration Regulations, a party wishing to initiate arbitration must serve a notice concerning the nature and the circumstances of the dispute, together with a description of the contract related to it (Regulation 2.2). The arbitration is deemed to be commenced on the date the respondent receives the notice.

The default number of arbitrators in LME arbitral proceedings is somewhat curiously two, unless the parties agree otherwise (Regulation 3). Parties may also nominate a sole arbitrator or a three-member arbitral tribunal. The LME Secretariat may intervene in case of disagreement.

Parties to LME arbitrations may appeal on points of law, in line with Section 69 of the 1996 English Arbitration Act, although parties may exclude this right. The enforcement of LME arbitration awards is conducted before the High Court in London.

The Grain and Feed Trade Association

The Grain and Feed Trade Association (GAFTA) is an organization, established in 1971, of traders in the field of grains. The GAFTA produces contracts with standard provisions for the trade of grains.

Differently from the LME, the GAFTA Arbitration Rules have a special provision for string arbitrations for contracts that are identical on material points (Rule 7):

If a contract forms part of a string of contracts which contain materially identical terms (albeit that the price may vary under each contract), the tribunal may hold a single arbitration to determine the dispute between the first seller and the last buyer in the string as though they were parties who had contracted with each other, provided all the parties in the string of contracts agree to it in writing.

In such a case, a single arbitration will be conducted between the first seller and the last buyer. The final award  is binding on all parties and may be enforced by any party against its direct contracting party:

Any award made in such proceedings shall, subject only to any right of appeal pursuant to Rule 10, be binding on all the parties in the string and may be enforced by an intermediate party against his immediate contracting party as though a separate award had been made pursuant to each contract.

All parties can appeal to the GAFTA Board of Appeal, which is selected by the GAFTA itself, not by the parties. The Board of Appeal will conduct a de novo hearing. Thus, parties are allowed to introduce new evidence and submissions. The time limit to file an appeal is no later than 30 days after the award was issued (Rule 10.1(c)).

The Federation of Cocoa Commerce (FCC) is the result of the merger of the Cocoa Association of London and the Fédération du Commerce des Cacaos. The merger of the two associations aimed to harmonize cocoa contracts and to pave the way for the international trade of cocoa beans.

Disputes arising out of, or relating to, FCC contracts shall be referred to arbitration under the FCC Arbitration Rules and are conducted under English law. To initiate arbitration, a party must deliver a notice of arbitration, in writing, containing the details of the contract and of the dispute, together with proof that the notice has been delivered to respondent (Rules 2.2 and 2.3). The FCC Secretariat will then appoint three arbitrators to act “fairly and impartially” (Rules 1.7 and 2.4-2.8). Parties may challenge such appointments without cause.

The right to appeal, in FCC arbitrations, must be exercised no later than noon on the twenty-first day after the rendering of the award.

The Federation of Oils, Seeds and Fats Associations

A party wishing to bring claims concerning the quality and/or conditions of a good must send a notice to the respondent no later than 21 days after the dispatch was completed. Such a notice must include the name of the arbitrator to be appointed. Afterwards, the respondent has 7 days to respond and appoint its arbitrator. For claims concerning payment, the notice must be submitted no later than 60 days after the dispute has arisen. In case of non-compliance with time limits, the claim is deemed barred unless the arbitrator decides otherwise.

Similar to the GAFTA Arbitration Rules, under the FOSFA, disputes in relation to the quality and/or condition of goods, arising out of contracts which are identical on material points, shall be decided in a single arbitration.  Any award made is binding on all intermediate parties and subject to appeal.

Finally, parties in FOSFA arbitrations have 42 days from the award notification to appeal. Appeal procedures constitute a de novo hearing of the case and are conducted by the FOSFA Appeal Panel.

Other commodity trade associations also provide for arbitration as the sole mechanism of dispute resolution with similar proceedings, including: