The spread of COVID-19, also known as coronavirus, which was declared a global pandemic by the World Health Organization on 11 March 2020, has had a significant, in some cases disastrous, impact on virtually all areas of business globally. The construction industry is no exception. With a number of countries declaring a state of emergency to fight the pandemic, closing their borders and imposing travel restrictions, on-site construction activities have naturally been affected – from shortages of materials due to interruptions of project supply chains, shortages of workforce and labor, prohibitions on gathering of groups of people (in some cases of  more than two people) to, in certain countries, the complete suspension of all construction activities.

The restrictions imposed have had a significant impact on all parties involved in construction projects, not to mention severe financial consequences. The remedies available at law to the parties to a construction contract to protect their rights and mitigate their losses in these highly unusual circumstances depend on the  terms of their respective contracts, but also on the governing law in question. 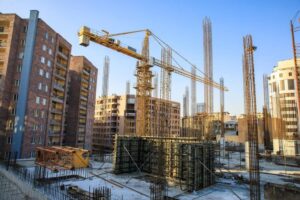 Time extensions and claims for time and money are inevitable. What is important, from a contractor’s standpoint, is to carefully analyse the contractual remedies at hand and to take timely steps to mitigate losses and protect legitimate interests. Timely issuance of procedural notices is the first and most important step for contractors to ensure an entitlement to additional time or to claim losses and expenses or, in the worst case scenario, to legally suspend the works and/or terminate the construction contracts.

8.4 Extension of Time for Completion

The Contractor shall be entitled subject to Sub-Clause 20.1 [Contractor’s Claims] to an extension of the Time for Completion if and to the extent that completion for the purposes of Sub-Clause 10.1 [Taking Over of the Works and Sections] is or will be delayed by any of the following causes:

(a) a Variation (unless an adjustment to the Time for Completion has been agreed under Sub-Clause 13.3 [Variation Procedure]) or other substantial change in the quantity of an item of work included in the Contract,

(b) a cause of delay giving an entitlement to extension of time under a Sub-Clause of these Conditions,

(d) Unforeseeable shortages in the availability of personnel or Goods caused by epidemic or governmental actions, or

For contracts based on the FIDIC Red Book (1999), contractors may cite to “unforeseeable shortages in the availability of personnel or Goods caused by the epidemic or governmental actions” as one of the grounds for an extension of time for completion. Naturally, this clause can only be raised if the shortage of personnel or goods was actually impacted by the COVID-19 pandemic. Further, contractors can also refer to Sub-Clause 8.5 of the FIDIC Red Book (1999), which provides that in case of delays caused by Authorities, which were unforeseeable, the contractor may raise a claim for an extension of time for completion.[2] In any event, the ground for an extension of time the contractor is to invoke ultimately depends on the precise State measures in question and the impact they in fact have on construction activities.

It is important to bear in mind that claims for an extension of time do not automatically grant contractors the right to claim losses and expenses caused by delay and/or disruption. The right to claim additional costs/losses and expenses has to be explicitly provided for, either in the contract or in the governing law. Normally, this would require the contractor to submit a claim for “Variations” and/or “Value Engineering” to change the works, invoking a change in works due to “unforeseen circumstances“.  Sub-Clause 13.7 of the FIDIC Red Book (1999), for example, provides that adjustment to the price may be made in limited circumstances in case of an increase in labour, goods and other inputs. Sub-Clauses 13.1 to 13.3 of the FIDIC Red Book (1999) further list the procedures for Variations and Value Engineering, which may give raise to time and cost entitlements as well. Another way to raise a claim for additional costs/losses and expenses could be invoking a “change in law“, if this is provided for under the contract. For example, Sub-Clause 13.6 of the FIDIC Emerald Book 2017[3] and Sub-Clause 13.6 of the FIDIC Silver Book 2017[4] both provide that if a contractor suffers delay and incurs additional costs as a result of any change in law, it may raise a claim for additional costs as per Sub-Clause 20.2.

Once again, the entitlement to claim additional time and/or money the contractor should invoke in each particular case primarily depends on the impact that COVID-19, and State-imposed measures, in fact had on the construction project in question.

Suspension and Termination Due to the Pandemic – Force Majeure Clauses

Another, perhaps even more significant, consequence of the global pandemic caused by COVID-19 is that certain contractors are or will be forced to suspend the works entirely or, in the worst-case scenario, to terminate their contracts. This can normally be done by relying on the force majeure provisions, if such provisions are provided in the respective contract or under the governing law. We have previously reported on the force majeure (COVID-19, Force Majeure and Arbitration), analyzing the impact of COVID-19 on international arbitration. The starting point of any discussion, however, should always be the provisions of the contract and how, and if, the contract defines what constitutes a “force majeure” event. Typically, force majeure events relate to events which are outside of parties’ reasonable control, preventing a party from performing its contractual obligations. Under the FIDIC Red Book (1999), for example, force majeure is defined in Sub-Clause 19.1 as an “Exceptional Event or Circumstance”:

(a) which is beyond a Party’s control,

(b) which such Party could not reasonably have provided against before entering into the Contract.

(c) which, having arisen, such Party could not reasonably have avoided or overcome, and

(d) which is not substantially attributable to the other Party.

Force Majeure may include, but is not limited to, exceptional events or circumstances of the kind listed below, so long as conditions (a) to (d) above are satisfied:

(i) war, hostilities (whether war be declared or not), invasion,  act of foreign enemies.

(iii) riot, commotion, disorder, strike or lockout by persons other than the Contractor’s Personnel and other employees of the Contractor and Subcontractors.

Even though epidemics (or pandemics) are not explicitly listed in Sub-Clause 19.1 of the FIDIC Red Book (1999), this list is not exhaustive. The global pandemic due to COVID-19 squarely falls within the definition of an “Exceptional Event” beyond the Parties’ reasonable control and thus would likely qualify as a force majeure event, entitling the party invoking it to suspend performance of its contractual obligations.

If a Party is or will be prevented from performing any of its obligations under the Contract by Force Majeure, then it shall give notice to the other Party of the event or circumstances constituting the Force Majeure and shall specify the obligations, the performance of which is or will be prevented. The notice shall be given within 14 days after the Party became aware, or should have become aware, of the relevant event or circumstance constituting Force Majeure.

The Party shall, having given notice, be excused performance of such obligations for so long as such Force Majeure prevents it from performing them.

(a) an extension of time for any such delay. if completion is or will be delayed. under Sub-Clause 8.4 [Extension of Time for Completion], and

(b) if the event or circumstance is of the kind described in sub-paragraphs (i) to (iv) of Sub-Clause 19.1 [Definition of Force Majeure] and, in the case of subparagraphs (ii) to (iv), occurs in the Country, payment of any such Cost.

Finally, contractors should bear in mind that the consequences of a force majeure clause might vary, significantly, between different contracts and different jurisdictions. In some cases, such clauses may allow a party to suspend performance of its obligations and or/to claim an extension of time; in other cases, they might provide an entitlement to suspend the works or to even terminate the contract, should this become inevitable. Whether the termination of the contract on the basis of a force majeure event would be lawful depends, once again, on the termination provisions in the contract but also on provisions of the governing law.

FIDIC Red Book (1999), Sub-Clause 8.11, which we have used as an example, provides that either party may terminate the contract if an “Exceptional Event” causes a delay of 84 continuous days. A similar remedy is provided under Sub-Clause 19.6 of the FIDIC Red Book (1999) as well, which provides that if the execution of substantially all the works in progress is prevented for a continuous period of 84 days by reason of force majeure, or multiple periods which total more than 140 days due to the same notified force majeure, either Party may give a notice of termination. Similar provisions are typically included in most international construction contracts. Once again, it is important, indeed vital, for contractors to make sure that all procedural requirements have been respected and notices have been timely served, especially, and most importantly, that the notice of termination has been served in full compliance with the procedures provided for under the respective contract and governing law.

[1]              Conditions of Contract for Construction for Building and Engineering Works Designed by the Employer, published by Fédération Internationale des Ingénieurs-Conseils (FIDIC)(First Edition, 1999)(the “Red Book”), Sub-Clause 8.4.

[3]              Conditions of Contract for Underground Works designed by the Contractor according to the reference design by the Employer and the Geotechnical Baseline Report published by FIDIC (the “Emerald Book”) (First Edition, 2017), Sub-Clause 13.6.