International arbitrations in the field of shipping and sales often include demurrage claims (“surestaries” in French) which constitute, using the expression of Professor Debattista,  “the staple diet of shipping lawyers the world over”.[1] Although it is rarely defined in charterparties or sale contracts which usually provide for its rate only, the Baltic Code (2020) defines demurrage as “[a]n agreed amount payable to the owner in respect of delay to the vessel beyond the laytime, for which the owner is not responsible.” In other terms, demurrage is an amount of money to be paid, usually by the charterer to the shipowner, when the time allocated for loading/discharge of the cargo, called laytime (“staries” or “jours de planche” in French), is exceeded. In the following paragraphs, we will envisage several of its principal features. 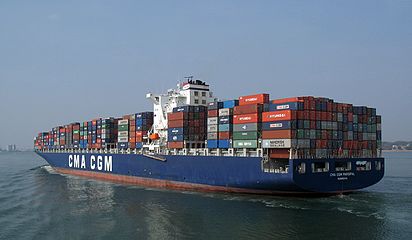 In general, there are two theories regarding the legal nature of demurrage. The first approach consists in seeing demurrage simply as a sum payable by reason of the shipping contract (or charterparty) for detaining the ship at the port beyond the agreed time. This approach has been adopted by the French legislature[2] in Article R5423-23 of the Code of Transports which reads as follows: “Pour chaque jour, dépassant le nombre de ‘jours de planche’ convenus dans la ‘charte-partie’, pour le chargement ou le déchargement du navire, l’affréteur doit des ‘surestaries’, qui sont considérées comme un supplément du fret.” Demurrage is, therefore, not considered as damages for breach of contract, but simply as a contractual penalty payable in case of delay in loading or discharging of the cargo. For instance, in its decision dated 10 September 2020, the Rouen Court of Appeal ruled that the claim regarding payment of demurrage shall not prevent the plaintiff from its right to seek compensation for costs resulting from such delay, as its “cause est distincte des surestaries”.[3]

A second approach consists in seeing demurrage as damages for a breach of charterparty.[4] This is a commonly-accepted view by English courts today. For example, as stated by Lord Guest in the Union of India v. Compania Naviera Aeolus SA (The Spalmatori) case, “Lay days are the days which parties have stipulated for the loading or discharge of the cargo, and if they are exceeded the charterers are in breach; demurrage is the agreed damages to be paid for delay if the ship is delayed in loading or discharging beyond the agreed period.”[5]

It is not unusual for a charterparty to provide for “exception clauses” or “exceptions to laytime clauses”. These clauses relate to contractually-stipulated reasons for which, if they occur, laytime does not run. Without entering into further details, a small nuance is, however, warranted. Exceptions to laytime are to be distinguished from interruptions to laytime. As pointed out by John Schofield, interruptions to laytime cover “those periods when laytime does not run because they are outside the definition of laytime as expressed in the laytime clause”. Excepted periods, on the other hand, are “periods which are within the definition of laytime, but nevertheless excluded by an exception clause.”[6] He opines that the difference is far from being purely terminological – with exceptions to laytime, “it is necessary to show a causal connection between what is excepted and the failure to work cargo, whereas with [interruptions to laytime] all that need be shown for causation is that the excluded state of affairs exists at the place where cargo would have been worked.”[7] For example, if the charterparty contains an exception stipulating that the laytime shall not run in case of bad weather, it is necessary to establish that the time was lost due to bad weather.[8]

This position is enshrined in a well-known maxim, “Once on demurrage, always on demurrage”. It is commonly followed by English courts. For instance, as stressed by Lord Reid in the Union of India v. Compania Naviera Aeolus SA (The Spalmatori) case, “When once a vessel is on demurrage no exceptions will operate to prevent demurrage continuing to be payable unless the exception clause is clearly worded so as to have that effect.”[9] In the same vein, Lord Diplock stated in the Dias Compania Naviera SA v. Louis Dreyfus Corporation (The Dias) case that, “Since demurrage is liquidated damages, fixed by agreement between the parties, it is possible by apt words in the charterparty to provide that, notwithstanding the continuance of the breach, demurrage shall not be payable in respect of the period when some event specified in the charterparty is happening.”[10]

Demurrage Clauses in Charterparties and in Sale Contracts

The general position of English courts in this respect was summarized by Lord Justice Mance in the Fal Oil Co Ltd v Petronas Trading Corp Sdn Bhd (The Devon) case as follows:[11]

There are two broad situations […]. In the first, the sale contract creates a liability for demurrage by way of “indemnity”, that is to pay only if and so far as such a liability exists under the charter or other third party contract. […] The second situation (exemplified by a number of authorities) is one where the sale contract provisions simply refer to or incorporate provisions of a charterparty or other third party contract (or at least one of such provisions, e.g. as to the rate of demurrage) in an otherwise independent sale contract scheme. The extent of any reference or incorporation is then itself of course a matter of construction.

In other terms, save for an express provision stating otherwise, a demurrage clause in a sale contract is deemed to be regarded as free-standing and independent from a demurrage clause stipulated in a charterparty.[12] The main legal consequence of such independence is that the liability to pay demurrage under the charterparty does not give rise to automatic liability to pay demurrage under the sale contract; the latter is subject to its own conditions and regime.