Disruption claims are a common feature of most international construction arbitrations, as everyone involved in construction disputes and international arbitration knows. They are also one of the most difficult claims to succeed upon, as they are often mixed or appear in parallel with prolongation claims, also known as delay claims. Even though routinely made by the contractors in international arbitrations, disruption claims are tangled with a number of practical difficulties, such as proving the causal link between the disrupted events complained of and the resultant loss which is being claimed, or the actual losses suffered. As is the case with prolongation claims, keeping good project records from the outset of the project is very important, if not crucial, for disruption claims to succeed. 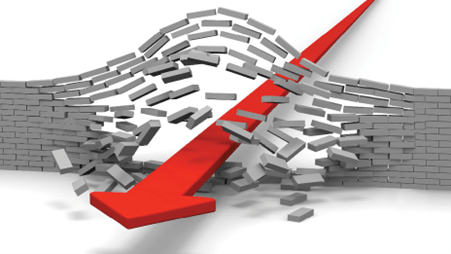 What Is Disruption on a Construction Project?

The Society of Construction Law Delay and Disruption Protocol (the “SCL Delay and Disruption Protocol”) defines disruption as a “disturbance, hindrance or interruption to a Contractor’s normal working methods, resulting in lower productivity or efficiency”. Essentially, disruption represents a loss of productivity in the execution of particular work activities when the work activities are not able to be carried out as efficiently as reasonably planned (or possible).

In the words of the leading English commentators on construction contracts (Keating on Construction Contracts),[1] “Disruption occurs where there is disturbance of the contractor’s regular and economical progress and/or delay to a non-critical activity even though, on occasion, there is no or only a small ultimate delay in completion.”

At the heart of any disruption claim lies a loss of productivity, i.e., the work is being undertaken less efficiently than anticipated and allowed for at the time the contract was concluded. In practice, disruption can arise from an infinite number of sources, including, but not limited to, excessive changes in work, changes in the work sequence, site access problems, differing site conditions, weather, overtime, rework and labour availability.[2] The factors impacting labour productivity may broadly be divided into six groups:[3]

Difference Between Disruption and Prolongation Claims

Disruption claims are often mixed with prolongation claims, or claims caused by delays. This is unsurprising, as, in practice, there is frequently an overlap between the two. Disruption, for instance, can both be a cause of delay and a symptom of acceleration. One can easily imagine a scenario in which a project is disrupted and the disruption could result in a delay, so an acceleration plan would be required to recover the delay, which leads to further disruption and additional costs, both for the contractor and for the employer.

A distinction between the two should be made, however. Disruption claims are claims for compensation for reduction in the expected productivity of labour and/or equipment (a loss of efficiency). Disruption can also be for critical or non-critical events. Delay, on the other hand, is generally used to describe a monetary claim which follows from a delay to project completion. There can be delay on its own, or delay with disruption.

What Is Required to Succeed on a Disruption Claim in International Arbitration?

There is no set manner for contractors to prove and assess their disruption claims. The SCL Delay and Disruption Protocol indicates, in general terms, that “[d]isruption is demonstrated by applying analytical methods and techniques to establish the loss of productivity arising out of the disruption events and the resulting financial loss.”[4]

For contractors to succeed on disruption claims, they typically have to prove the following:

The purpose of the disruption analysis is not merely to demonstrate the difference between what actually happened and what the contractor planned, but to demonstrate the actual loss of productivity and the additional loss and expense over and above which the contractor would have incurred, if it were not for the disruption events for which the employer is responsible.[6]

As is the case with delay analysis, maintaining accurate project records is equally important for every disruption analysis. The burden of proof that the disruption has led to financial loss remains on the contractor under nearly all laws. The contractor does not only need to prove the quantum of its claim (the cost of the productivity loss), but also that costs were actually achieved in carrying out the impacted work activities as a result of the disruption events for which the employer is responsible (i.e., the causal link). This, in practice, is not easy to prove, which is why disruption claims often fail.

The SCL Delay and Disruption Protocol provides for several methods for calculating lost productivity resulting from disruption events. The most commonly used methods, divided into two main categories, are the following:[7] 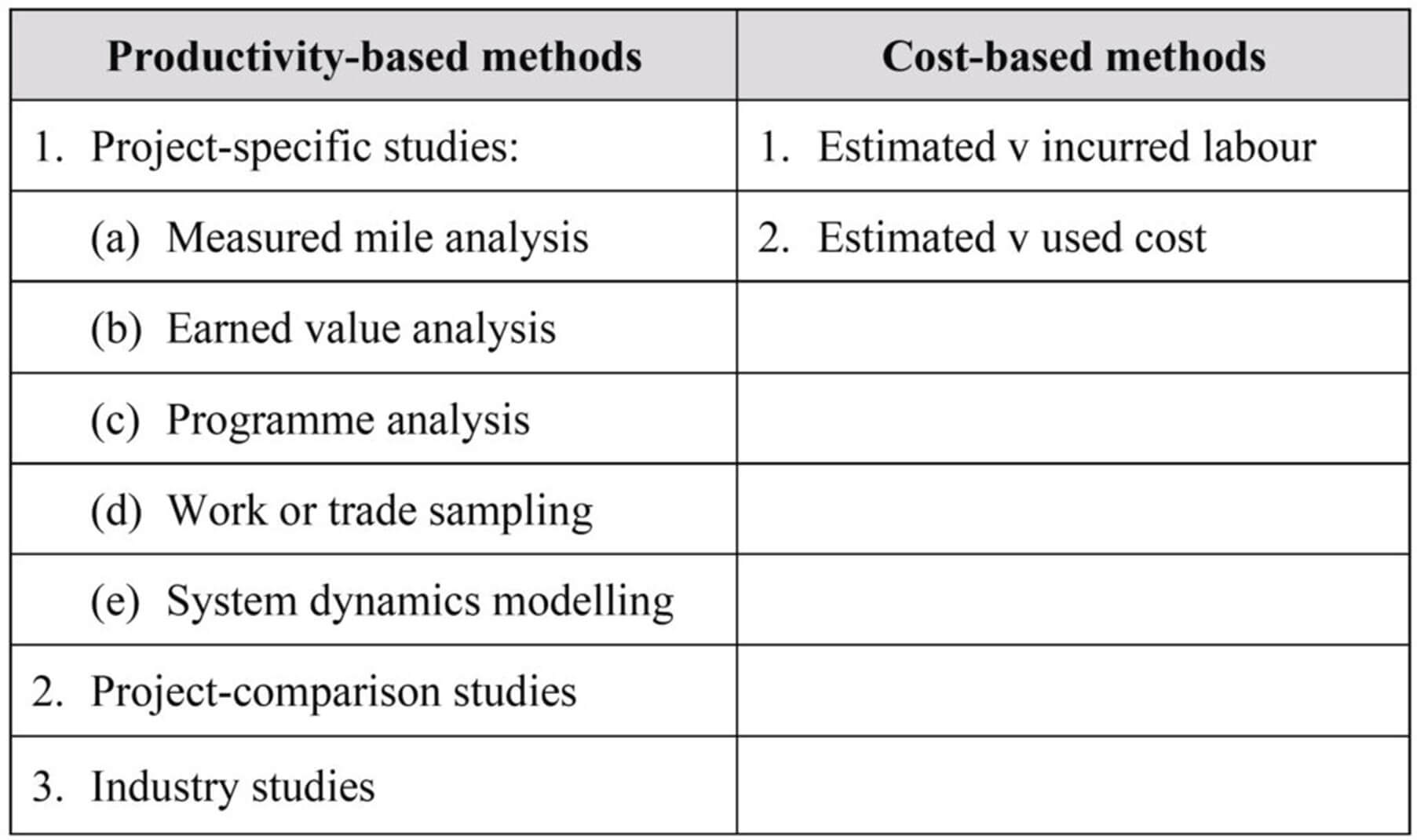 The most common productivity-based method, widely used when assessing disruption claims, is the so-called “measured mile analysis”. This method compares (1) the level of productivity achieved in areas or periods of the works impacted by identified disruption events with (2) productivity achieved on identical or like activities in areas or periods of work not impacted by those identified disruption events.[8] The measured mile approach seeks to establish that planned production could have been achieved in areas of the site/activities where there was no disruption, and that disruptive events were causative of reduced production to other areas/activities with a resultant increase in costs.[9] When undertaking a measured mile analysis, the SCL Delay and Disruption Protocol emphasizes that “care must be exercised to compare like with like”.[10] It would be futile, for instance, to compare bulk excavation work in regular soil to trench excavation where large quantities of rock are present.[11] Experts indicate that this method normally works well on linear projects such as roads, rail, pipework, cable laying and/or where there is a significant amount of repetitive work, such as earthworks, for instance.[12]

Very often, however, the measured mile approach may not be appropriate, which is why the SCL Delay and Disruption Protocol provides for several alternative approaches. The so-called “earned value analysis”, for instance, identifies (1) the number of man-hours reasonably incurred in the tender allowance for completing certain work activities and compares this with (2) the actual man-hours for completing those work activities.

Cost-based methods, on the other hand, are typically used when lost productivity cannot be reliably calculated using a productivity-based approach. These methods focus on project cost records and seek to provide a comparison between either incurred and estimated cost, or labour used and estimated labour, for those activities impacted by disruption events for which the employer is responsible. Cost-based methods may provide assistance if there is sufficient documentation and supporting particulars to demonstrate the reasonableness of tender assumptions, but also that the actual costs incurred were reasonable and that the costs of any events for which the contractor is responsible have been excluded.

All the above-listed methods are technically acceptable, according to experts. The most reliable ones are certainly the methods which rely upon the analysis of factual, contemporaneous information drawn from the specific project in question, i.e., Project Specific Studies, as they are the closest to approximating actual damages from the project.[13] Which method should be used, again, ultimately depends on the availability of project documentation but also the circumstances of each particular case.