Under most institutional rules and arbitration statutes, parties are free to choose whether they wish to be represented by an external counsel (typically a lawyer) or to represent themselves (to be so-called “pro se parties” or “self-represented” parties). The parties’ autonomy to choose a representative of its own choosing to represent it or to assist in presenting its case is considered one of the fundamental rights in international arbitration. This principle is also embodied in many national laws[1] and institutional arbitration rules, as explained in further detail below.[2].

Whether hiring a lawyer with experience in international arbitration is recommended is a very different matter – yes, this is consistently recommended, as rules and procedures can be complex, requiring a specialized set of skills, experience and knowledge, both on procedural matters and substantive legal issues, including the ability to draft and plead persuasively, to take strategic substantive and procedural positions, to constitute an appropriate arbitral tribunal, to seek damages that can be awarded, to present probative documents as evidence and to attempt to ensure that the arbitration award rendered will be ultimately favorable, inter alia.

While nearly all procedural rules and national laws allow parties to represent themselves in international arbitration proceedings, in practice, for the vast majority of disputes, parties nevertheless opt for counsel specialized in international arbitration to represent them. This is prudent, given the often large amounts in dispute and the significant consequences a final and binding arbitration award can have on the parties’ rights and obligations. 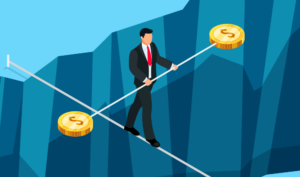 With these caveats in mind, an analysis of major arbitral rules regarding self-representation is provided below.

Self-Representation under the UNCITRAL Arbitration Rules

Article 5 of the 2010 UNCITRAL Arbitration Rules (Representation and Assistance) provides that each party may be represented or assisted by persons of its choosing, thus the use of lawyers is not obligatory:

The 2010 UNCITRAL Arbitration Rules, like most other arbitration rules, codify a fundamental principle in international arbitration – the freedom of the parties’ to choose the representatives of its own choosing, which also includes self-representation.

Self-Representation under the ICC Arbitration Rules

Similarly, the ICC Arbitration Rules do not require parties to be represented by a lawyer, giving them an option to represent themselves, should they wish to do so. The party need only inform the ICC, Claimant in the Request for Arbitration (Article 4(3)b), and Respondent, in its Answer to the Request (Article 5(1)b), of the full contact details of any person representing  Claimant and Respondent, respectively.

The Secretariat’s Guide to the ICC Rules provides further guidance on this issue, clarifying that any person, individual or company, partnership or other entity, as well as any State or State entity, may submit a Request for Arbitration and Answer in accordance with Article 4 and Article 5 of the ICC Rules. The Secretariat’s Guide to the ICC Rules further notes that, in practice, the vast majority of requests are nevertheless submitted by lawyers acting on behalf of the parties, rather than the parties themselves, even though legal representation is not a requirement under the ICC Rules.[3]

Self-Representation under the LCIA Arbitration Rules

Article 18.1 of the 2020 LCIA Rules, effective as of 1 October 2020, provides, “Any party may be represented in the arbitration by one or more authorised legal representatives appearing by name before the Arbitral Tribunal”. This is further clarified in the LCIA Note for Parties, which explicitly states in Section 14 that parties are not required to be represented by lawyers, but can be represented by anyone lawfully authorized to represent that party:

14. REPRESENTATION IN AN LCIA ARBITRATION

79. Although many parties choose to instruct lawyers to advise them and to represent them in arbitral proceedings, it is not a requirement that a party must be represented by a lawyer in an LCIA arbitration.

80. Instead, in accordance with Article 18 of the Rules, a party may be represented by anyone who is lawfully authorised to represent that party. The LCIA or the Arbitral Tribunal may ask any party to provide proof of the authority granted to its representative.

The Commercial Arbitration Rules and Meditation Procedures of the American Arbitration Association (“AAA”) also contain a similar provision, providing in Rule 26 that any party may participate without representation unless this choice is prohibited under the applicable law:

Any party may participate without representation (pro se), or by counsel or any other representative of the party’s choosing, unless such choice is prohibited by applicable law. A party intending to be so represented shall notify the other party and the AAA of the name, telephone number and address, and email address if available, of the representative at least seven calendar days prior to the date set for the hearing at which that person is first to appear. When such a representative initiates an arbitration or responds for a party, notice is deemed to have been given.

The AAA has even established a separate case administration team, the so-called “Pro Se Case Administration Team” (the Latin word  “pro se”  meaning “one’s own behalf”), which is experienced in handling cases which involve unrepresented parties. The AAA also provides a helpful list of resources to assist parties who decides to represent themselves, available on its website.

A similar provision is also contained in the International Centre for Dispute Resolution (“ICDR”) Rules of the AAA (recently amended and effective as of 1 March 2021, see “ICDR 2021 Rules Amendments”), which provides in Article 18:

Similar provisions are contained in the HKIAC and SIAC Arbitration Rules. For instance, the 2018 HKIAC Rules, Article 13.6 provides:

13.6 The parties may be represented by persons of their choice, subject to Article 13.5. The names, addresses, facsimile numbers and/or email addresses of party representatives shall be communicated to all other parties, HKIAC, any emergency arbitrator, and the arbitral tribunal once constituted. The arbitral tribunal, emergency arbitrator or HKIAC may require proof of authority of any party representatives.

Rule 23 of the 2016 SIAC Rules has a similar provision, providing that a party may be represented by any authorized representative:

23.1      Any party may be represented by legal practitioners or any other authorised representatives. The Registrar and/or the Tribunal may require proof of authority of any party representatives.

23.2        After the constitution of the Tribunal, any change or addition by a party to its representatives shall be promptly communicated in writing to the parties, the Tribunal and the Registrar.

In Frequently Asked Questions on the SIAC’s website (Question 44), SIAC also clarifies that the parties do not necessarily need to be represented by a lawyer in SIAC arbitration, although this is recommended.

In conclusion, while self-representation is typically possible in international arbitration, it is not recommended.