On 5 September 2016 an award was issued by a PCA tribunal in a dispute between Malta and São Tomé and Príncipe, also known as the “Duzgit Integrity Arbitration”. The PCA issued a Press Release on 12 September 2016, available at https://pca-cpa.org/wp-content/uploads/sites/175/2016/09/Press-release-dated-12-September-2016.pdf

The proceedings were instituted by Malta on 22 October 2013 under Chapter VII of the UNCLOS Convention. The dispute concerns the arrest of a ship flying the Maltese flag, the “Duzgit Integrity”, which was attempting to initiate a transfer of cargo from ship to ship (“STS”) in the archipelagic waters of São Tomé and Príncipe and subsequent measures taken by the state against the captain, the cargo and the charger of the vessel. Amongst others, these measures included the detention of the vessel and its master, the court ordered imprisonment of the master, the court ordered confiscation of the vessel and cargo and a number of fines. 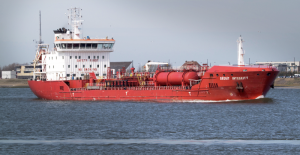 The Tribunal assessed a number of issues, including numerous objections to jurisdiction raised by São Tomé and Príncipe. The Tribunal unanimously found it had jurisdiction over the dispute and declared Malta’s claims admissible finding that the applicable Articles of the Convection was Article 49 and not Articles 22(3) and 25, as the Respondent argued, since the vessel was located in the archipelagic waters at the time of its arrest.

On the merits, the Tribunal found that Dzungit Integrity did not have the necessary authorization required by national legislation of São Tomé and Príncipe before undertaking the STS transfer. It noted that the master demonstrated his willingness to move the vessel outside of the territorial waters in order to make the transfer. The Tribunal emphasized that under international law, the enforcement measures taken by a coastal state had to be reasonable, meaning proportional and necessary. It unanimously found that the measures taken by the Respondent on 15 March 2013 were with their law enforcement jurisdiction, however that some of the penalties imposed, like the prolonged detention of the master and the vessel, monetary sanctions and confiscation of the entire cargo, taken all together, could not be considered as proportional. Therefore, by a majority vote the Tribunal concluded that the cumulative effect of the sanctions was disproportionate and not in line with the exercise of sovereignty of a State under Article 49 of the Convention.  As a result, the Tribunal held there was a breach of Article 49(3) of the Convention and that Marta was entitled to claim reparation.

Judge Kateka disagreed with the majority and issued a dissenting opinion finding that São Tomé had violated Article 49 of the Convention, since, in his view, each penalty should have been considered on its own merit and in the context of particular circumstances.

The Award issued by the PCA Tribunal is available at https://pcacases.com/web/sendAttach/1915.