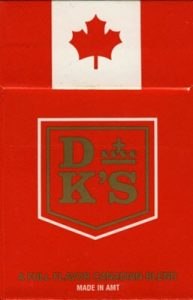 The Claimants filed arbitration claims against several States of the USA on the ground that a 1998 Master Settlement Agreement (“MSA”) was in violation of their rights according to Chapter 11 of North American Free Trade Agreement (“NAFTA”).

The MSA had been the result of litigation between 40 US States and major US tobacco producers for compensation of costs related to tobacco diseases. As part of the settlement, the States had adopted escrow legislation as well as complementary legislation.

Although the Grand Seneca brand owned by Claimants had not yet been created, they intended to benefit from the allocable share provisions and, in 2002, entered a Cigarette Production Agreement with Tobaccoville USA, Inc., under which Grand River would manufacture Seneca brand cigarettes and Tobaccoville would have exclusive rights to distribute those cigarettes off-reservation in the United States.

However, the MSA implemented restrictive measures and cancelled an allocable share provision.

Regarding the claim of unlawful expropriation under Article 1110 of NAFTA, Claimants argued that the States’ measures went beyond the investor’s reasonable expectations. The Tribunal, however, disagreed with this argument and held that A. Montour was an experienced investor in the business and could have expected such State regulations.

Regarding the claim of violation of Articles 1102 and 1103, although the Arbitral Tribunal determined it had no jurisdiction over the claims in relation to off-reservations sales, the Tribunal still decided to examine the claim for the sake of completeness. The Tribunal found that there was no violation to be sustained as the States’ measures applied to all investors in the same situation as the Claimants and so there could be no claim of better treatment.

Finally, the Arbitral Tribunal dismissed Claimant’s allegations of a violation of the standard for fair and equitable treatment on the basis that it did not have jurisdiction over claims relating to off-reservation sales and claims of denial of justice and that there was no breach of the minimum standard of treatment of aliens.