The Yukos group of companies, whose controlling shareholders were OAO Yukos Oil Company, Hulley Enterprises Limited (Cyprus), Yukos Universal Limited (Isle of Man) and Veteran Petroleum Limited (Cyprus), was supposed to benefit from tax exemptions. However, in 2002, these exemptions were revoked at the Closed Administrative Territorial Units (“ZATOs”). 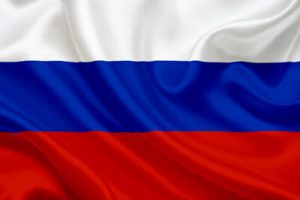 Then, starting in 2003, Yukos suffered massive tax reassessments and its management was subject to criminal investigations in relation to embezzlement, fraud, forgery, money laundering and tax evasion, initiated by the Russian Federation. This lead to Yukos’ bankruptcy in 2006.

In 2004, Claimants filed for arbitration, claiming violation of the Energy Charter Treaty (“ECT”) under the Arbitration Rules of the United Nations Commission on International Trade Law of 1976 (“UNCITRAL Rules”) and requesting damages of over US$ 114 billion. More precisely, Claimants alleged expropriation (breach of Article 13(1) of the ECT) and violation of the fair and equitable treatment standard found in Article 10(1) of the ECT.

On 30 November 2009, the Tribunal rendered Interim Awards on jurisdiction, dismissing Respondent’s objections and upholding its jurisdiction.

On 18 July 2014, the Tribunal then found the Russian Federation liable for breach of its obligations under Article 13(1) of the Energy Charter Treaty in relation to expropriation, and it awarded Claimants over US$ 50 billion in damages, the largest arbitration award on record.

On the expropriation claim, the Tribunal held that the tax measures taken by the host State were illegal and amounted to expropriation, rather than to collecting taxes.

The Tribunal further considered that it did not have to rule on the breach of the fair and equitable treatment standard (Article 10(1) of the ECT) given Respondent’s liability for breach of Article 13 of the ECT.

Moreover, the Tribunal rejected Respondent’s argument of contributory fault on the part of the Claimants.