In principle, the IBA rules and guidelines are not legal provisions and thus do not override any applicable national law or arbitration rules chosen by the parties. They become binding only upon agreement by the parties. 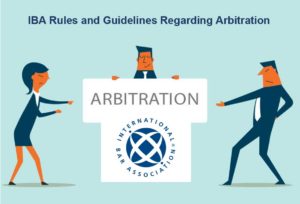 Despite their per se non-binding nature, they have, nevertheless, become quite influential and have found broad acceptance in international arbitral practice. That is because they are designed to assist the participants, i.e., parties, counsel, arbitrators, arbitral institutions, as well as national courts, in dealing with salient issues which arise in the context of an international arbitration, such as the taking of evidence (Section A), conflicts of interest and the impartiality and independence of arbitrators (Section B), the ethics of arbitrators (Section C), party representation (Section D) and the drafting of arbitration clauses (Section E).

The aim of the IBA Rules of Evidence, as envisaged in its Preamble, is “to provide an efficient, economical and fair process for the taking of evidence in international arbitrations, particularly those between Parties from different legal traditions” and “to supplement the legal provisions and the institutional, ad hoc or other rules that apply to the conduct of the arbitration” (Preamble, para. 1).

The Preamble further provides that “Parties and Arbitral Tribunals may adopt the IBA Rules of Evidence, in whole or in part, to govern arbitration proceedings, or they may vary them or use them as guidelines in developing their own procedures” (Preamble, para. 2).

The IBA Rules of Evidence comprise nine Articles, dealing with documents (Article 3), witnesses of fact (Article 4), experts (Articles 5-6), evidentiary hearings (Article 8), as well as the admissibility and assessment of evidence (Article 9), amongst other issues.

Notably, the newly-inserted paragraph 2 of Article 8 (Evidentiary Hearing) of the 2020 IBA Rules of Evidence introduces the possibility of holding virtual hearings, which became the new normal during the COVID-19 pandemic. Also, another newly-inserted provision now expressly empowers the arbitral tribunal to potentially exclude illegally-obtained evidence (Article 9).

B) IBA Guidelines on Conflicts of Interest in International Arbitration (2014)

The 2014 IBA Guidelines on Conflicts of Interest in International Arbitration, as updated in August 2015, are another a leading soft law instrument in providing guidance regarding the scope of arbitrators’ disclosure obligations and conflict of interest issues, since they first launched in 2004.

The IBA Guidelines on Conflicts of Interest apply to both commercial and investment arbitration, as well as to both legal and non-legal professionals serving as arbitrators. The Introduction to these Guidelines further stipulates that they “are based upon statutes and case law in a cross-section of jurisdictions, and upon the judgment and experience of practitioners involved in international arbitration” (Introduction, para. 4).

Part I of the 2014 IBA Guidelines on Conflicts of Interest comprise “General Standards” regarding impartiality, independence and disclosure, as well as “Explanatory Notes” on those Standards.

Part II of those Guidelines, entitled Practical Application of the General Standards, is divided into three colored-lists, i.e., the Red List, the Orange List, and the Green List (together the “Application Lists”), which contain specific, non-exhaustive, scenarios that are likely to occur in arbitration practice, aiming to assist users in determining whether the appointment of an arbitrator would violate conflict of interest rules.

The Red List is further divided into two parts, i.e., the Waivable Red List, which includes “situations that are serious”, but could be waived “only if and when the parties, being aware of the conflict of interest situation, expressly state their willingness to have such a person act as arbitrator” and the Non-Waivable Red List which contains “situations deriving from the overriding principle that no person can be his or her own judge”, thus, “acceptance of such a situation cannot cure the conflict” (Part II, para. 2).

Notably, the aforementioned paragraph 1.4 of the Non-Waivable Red List has been recently criticized in the W Limited v. M SDN BHD [2016] EWHC 422 case, where an English court was called to consider a challenge to two arbitration awards issued by a sole arbitrator. The sole arbitrator in question was a partner at a law firm that provided services to a company that had the same parent as the respondent. The English court took issue with the term “affiliate”, which is broadly defined in the Guidelines (p. 21, fn. 4) as “all companies in a group of companies, including the parent company” and the fact that, under paragraph 1.4 of the Non-Waivable Red List, an arbitrator could be disqualified, even though he or she was neither aware of, nor involved with, the advising of an affiliate of a party (Decision, paras. 33-41). The court found it “hard to understand why this situation should warrant inclusion in the Non-Waivable Red List. The situation is classically appropriate for a case-specific judgment. And if the arbitrator had been aware and had made disclosure, why should the parties not, at least on occasion, be able to accept the situation by waiver?” (Decision, para. 36).

The Orange List contains situations which “may, in the eyes of the parties, give rise to doubts as to the arbitrator’s impartiality or independence”, meaning that an arbitrator has a duty to disclose them (Part II, para. 3). This is, for example, when an “arbitrator has, within the past three years, been appointed as arbitrator on two or more occasions by one of the parties, or an affiliate of one of the parties” (Part II, Orange List, para. 3.1.3). However, no disclosure of such fact may be needed, in certain types of arbitration, such as “maritime, sports or commodities arbitration”, where the pool of arbitrators is smaller, and thus “it is the custom and practice for parties to frequently appoint the same arbitrator in different cases” (Part II, Orange List, para. 3.1.3, fn. 5).

The Green List includes “situations where no appearance and no actual conflict of interest exists from an objective point of view” (Part II, para. 7), such as when an “arbitrator and counsel for one of the parties have previously served together as arbitrators” (Part II, Green List, para. 4.3.2). An arbitrator has no duty to disclose situations falling within the Green List.

Pursuant to the Introductory Note to the 1987 IBA Rules of Ethics for International Arbitrators, international arbitrators shall be “impartial, independent, competent, diligent and discreet” and the aim of these Rules is “to establish the manner in which these abstract qualities may be assessed in practice.”

The Introductory Note further clarifies that the Rules of Ethics “are not intended to create grounds for the setting aside of awards by national courts.”

More particularly, the 1987 IBA Rules of Ethics contain nine Rules that an international arbitrator should abide by, relating to the acceptance of his or her appointment, his or her communications with the parties, his or her involvement in settlement proposals, his or her fees, as well as the confidentiality of the tribunal’s deliberations, amongst others. The “Fundamental Rule” is that international arbitration “shall proceed diligently and efficiently to provide the parties with a just and effective resolution of their disputes, and shall be and remain free from bias.”

While enjoying less popularity compared to the other IBA rules and guidelines discussed herein, Paragraph 8 of the Introduction to the 2014 IBA Guidelines on Conflicts of Interest in International Arbitration specifies that the 1987 IBA Rules of Ethics cover more topics than the IBA Guidelines and thus “remain in effect as to subjects that are not discussed in the Guidelines”. It further provides, however, that the IBA Guidelines on Conflicts of Interest supersede the IBA Rules of Ethics as to the matters treated in the Guidelines, such as issues pertaining to the arbitrators’ impartiality, independence and their duty of disclosure.

Unlike domestic dispute resolution, in international arbitration, there may be a wide range of rules applicable to party representation, including those of the party representative’s home jurisdiction, the arbitral seat and the place where hearings physically take place.

To address this issue, the 2013 IBA Guidelines on Party Representation in International Arbitration aim to provide guidance with respect to party representation, in particular where differing norms and applicable rules might threaten the integrity and fairness of the arbitral proceedings.

According to the Preamble, the IBA Guidelines on Party Representation are based on “the principle that party representatives should act with integrity and honesty and should not engage in activities designed to produce unnecessary delay or expense, including tactics aimed at obstructing the arbitration proceedings.”

In total, there are 27 Guidelines that address issues relating to, inter alia, communication with arbitrators (Guidelines 7-8), submissions to the tribunal (Guidelines 9-11), information exchange and disclosure (Guidelines 12-17), witnesses and experts (Guidelines 18-25), as well as available remedies for potential misconduct (Guidelines 26-27).

Notably, leading institutional rules also contain provisions regarding party representation, such as Article 18 (Authorised Representatives of a Party) of the 2020 LCIA Rules and Article 17 (Party Representation) of the 2021 ICC Rules. Notably, the Annex to the 2020 LCIA Rules, entitled General Guidelines for the Authorised Representatives of the Parties, contains provisions “intended to promote the good and equal conduct of the authorised representatives of the parties appearing by name within the arbitration” (paragraph 1 of Annex to the 2020 LCIA Rules). Also, the newly-inserted paragraph 2 of Article 17 of the 2021 ICC Rules empowers the arbitral tribunal to exclude from the proceedings new counsel or take any other appropriate measure in presence of a conflict of interests in order to protect the integrity of the proceedings.

While leading arbitral institutions have published their own standard arbitration clauses which may be adopted by the interested parties (see, for example, the Standard ICC Arbitration Clauses), the IBA Guidelines on Arbitration Clauses provide further guidance and explanation in terms of what should be included in an arbitration clause, what elements are optional and how each of these mandatory or optional elements may affect the arbitral procedure.

You may also access our own recommendations for drafting arbitration clauses in 2021 here.