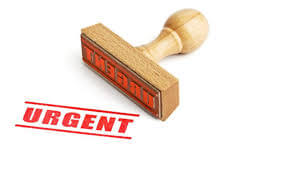 However, arbitral procedural rules do not generally set out the criteria for interim measures to be granted, often leaving the arbitrators with wide discretion to order “any interim measure they deem necessary or appropriate” in light of the circumstances of a particular case. Lack of uniform standards poses significant challenges in practice: for the parties, it leads to uncertainty as to whether their application will be accepted; for arbitrators, it leaves them without firm guidance on the criteria they should apply.

In practice, how arbitrators will exercise this discretion depends on a number of factors: the circumstances of each case, the applicable lex arbitri, the applicable procedural rules, and the arbitrators’ interpretation of the criteria to be applied.

“(2) An interim measure is any temporary measure, whether in the form of an award or in another form, by which, at any time prior to the issuance of the award by which the dispute is finally decided, the arbitral tribunal orders a party to:

(a) Maintain or restore the status quo pending determination of the dispute;

(b) Take action that would prevent, or refrain from taking action that is likely to cause, current or imminent harm or prejudice to the arbitral process itself;

(c) Provide a means of preserving assets out of which a subsequent award may be satisfied; or

(d) Preserve evidence that may be relevant and material to the resolution of the dispute.”

Article 17A of the UNCITRAL Model Law further lists the following conditions for interim measures to be granted:

(1) The party requesting an interim measure under article 17(2)(a), (b) and(c) shall satisfy the arbitral tribunal that:

(b) There is a reasonable possibility that the requesting party will succeed on the merits of the claim. The determination on this possibility shall not affect the discretion of the arbitral tribunal in making any subsequent determination.

(2) With regard to a request for an interim measure under article 17(2)(d), the requirements in paragraphs (1)(a) and (b) of this article shall apply only to the extent the arbitral tribunal considers appropriate.” 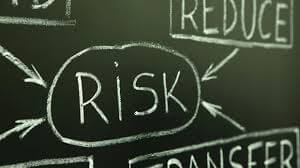 However, the criteria for granting interim measures listed in the UNCITRAL Model Law and the UNCITRAL Arbitration Rules are not black letter law for non-UNCITRAL arbitrations. While they frequently are used by tribunals as guidance, they should not be blindly followed by arbitrators and practitioners. As set forth by Gary Born, “Article 17A’s formula is lacking in a number of respects. Among other things, Article 17A apparently makes no provision for parties’ agreements on the standards of proof, omits any reference to urgency, unduly focuses ‘irreparable’ harm on monetary damages (as distinguished from non-monetary relief), imposes a single standard for different types of interim relief and omits reference to security for costs.”[1]

Regarding the “urgency” criteria, while not explicitly mentioned in the UNCITRAL Model Law and UNCITRAL Arbitration Rules, “urgency” is considered by nearly all commentators to be inherent in a request for interim measures.[2] This means that the party requesting interim measures should show that the tribunal’s intervention is so urgent that the decision on interim measures cannot await the issuance of a final award. In practice, the “urgency” criteria is usually analysed together with the “degree of harm”, whereas applicants should establish, prima facie, that an imminent harm might be caused to the applicant, if the requested interim measure is not granted before such measure can be obtained from the arbitral tribunal.

The degree of seriousness of harm is the most controversial criteria. Arbitrators have applied a range of potential harms, sometimes referring to “irreparable”, “serious” or “substantial” injury necessary for the provisional measures to be granted.[3] The emerging view appears to be that the controversial notion of “irreparable harm” or a “harm not adequately reparable by an award of damages”, should be understood in an economic and not literal sense and must take account of the fact that it may not always be possible to compensate for actual losses suffered or sullied business reputation through damages.[4] Many recent authorities also suggest that it is unnecessary for the harm to be “irreparable”, in its literal sense, but only “serious” or “substantial”.[5] In practice, as stated by Gary Born, even though most decisions state that the harm must be “irreparable”, they do not necessarily appear to apply this formula, but instead require that there is a material risk of serious damage to the plaintiff.[6] The reason for this is simple and practical – in commercial cases it is sometimes difficult, if not impossible, to demonstrate truly “irreparable” harm that cannot be compensated by money damages in a final award. Accordingly, if “irreparable harm” was understood in its literal sense, this requirement would limit provisional measures principally to cases where one party was effectively insolvent or where enforcement of a final award would be impossible.

Controversies involving the “irreparable harm” criteria are nothing new. Even the drafters of the UNCITRAL Model Law expressed similar concerns during the Working Group on UNCITRAL Model law, where the majority considered the term “irreparable harm” to be too narrow in the commercial context. Instead, it was widely felt that the provision should be based on a “balance of convenience” test under which the assessment of the degree of harm suffered by the applicant if the interim measure was not granted should be balanced against an evaluation of the harm suffered by the party opposing the measure if that measure was granted.[8] In addition, it was felt that the quantitative approach reflected in the words “a significant degree of harm” might create uncertainties as to how a degree of harm should be considered to be sufficiently “significant” to justify certain provisional measures.

This approach to “irreparable harm” is also reflected in the practice of the arbitral tribunals. For example, ICC arbitral tribunals have recently construed the risk of financial loss to be included within the definition of “harm not adequately reparable by an award of damages”.[9] Certain investment tribunals have also taken the same approach. For example, in Burlington Resources Inc. v. Republic of Ecuador,the tribunal held that it was not essential for provisional measures to prevent irreparable harm, but that “the harm spared the petitioner by such measures must be significant and that it greatly exceeds the damage caused to the party affected thereby”.[10] Furthermore, in PNG Sustainable Development Program Ltd. v. Independent State of Papua New Guinea, the degree of harm required was cited as “substantial” or “serious”, as explained by the tribunal:[11]

“The degree of ‘gravity’ or ‘seriousness’ of the harm that is necessary for an order of provisional relief cannot be specified with precision, and depends in part on the circumstances of the case, the nature of the relief requested and the relative harm to be suffered by each party, suffice it to say that substantial, serious harm, even if not irreparable, is generally sufficient to satisfy this element of the standard for granting provisional measures.”

There is no “one-size-fits all” solution, but the “degree of harm” has to be a flexible notion, wide enough so that it can adequately be analysed in light of the circumstances of each particular case. This has been pointed out by a number of commentators,[12] who also note that the criteria for granting interim measures are not necessarily the same for different types of interim measures – for example some of them require strong showings of serious injury, urgency and a prima facie case (e.g., maintaining or restoring the status quo, or ordering performance of a contract or other legal obligation), while other interim measures are unlikely to demand the same showings (e.g., preservation of evidence, or enforcement of confidentiality obligations).[13]

While it is not debatable that arbitral tribunals and emergency arbitrators have wide discretion to grant interim measures, the criteria for granting interim relief remain controversial. There is no “one-size-fits-all” criteria for the degree of harm, which needs to be analysed in light of the circumstances of each case and depending on the type of interim relief in question. The UNCITRAL Model Law and UNCITRAL Arbitration Rules provide guidance for international practitioners, but should not be expected to be followed blindly by arbitrators overseeing non-UNCITRAL proceedings.

[9] Eric Schwartz, The Practice and Experiences of the ICC Court, Conservatory and Provisional Measures in International Arbitration, ICC Publishing, 1993, p. 45.