Angola, which has one of the largest economies in sub-Saharan Africa, has recently modernized its legislation and is opening up to international arbitration as part of a wider legal reform. 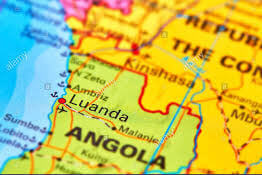 Arbitration in Angola is governed by the Law No. 16/03 of 25 July 2003 also known as the “Voluntary Arbitration Law” or the “VAL”. The VAL is largely based on the Portuguese Arbitration Law 1986 and regulates both international and domestic arbitration, with most of the provisions being the same for both. While many solutions are similar to and incorporated from the UNCITRAL Model Law, some departures are also significant.

Article 1 of the VAL provides that any dispute related to the rights which may be exercised at the discretion of the parties may be submitted to arbitration, unless it is reserved by law that these can only be exercised in court or some other type of proceedings. Accordingly, virtually all commercial disputes are considered to be arbitrable. An interesting limitation, however, is that in certain instances, the lex arbitri has to be Angolan law and  Portuguese has to be the language of the proceedings.

Article 3 of the VAL provides that the arbitral agreement has to be in writing, which includes the exchange of any form of written correspondence directly referring to arbitration or some other document that contains arbitration agreement. This is in line with Article II of the New York Convention on Recognition and Enforcement of Foreign Arbitral Awards, despite the fact that the VAL was enacted before Angola became a member State.

The parties have wide discretion to agree on any procedural rules to govern their arbitration, either directly or by reference to an institution. Absent such an agreement, pursuant to Article 16 of the VAL, the arbitral tribunal has the power to determine the applicable rules of arbitration. The parties are also generally free to agree on any seat of arbitration. Should they fail to agree before the acceptance of the first arbitrator, pursuant to Article 17 of the VAL the seat of arbitration has to be determined by the arbitrators.

The most worrying provision of the VAL for foreign practitioners involved in cases in Angola likely concerns Article 19 and representation of the parties. Article 19 of the VAL provides that the parties may be assisted or represented by lawyers, inspired by the wording from the old Portuguese law. However, it has been interpreted as meaning that if the parties decide to appoint a lawyer, it has to be a lawyer allowed to practice in Angola. As membership in the Angolan Bar is limited to Angolan lawyers, the practical consequences of this provision for international practitioners are significant. While the consequences of this interpretation are still unclear and a subject of a debate, for practitioners involved in cases in Angola it is recommended to cooperate with local Angolan lawyers.

Another interesting feature of Angolan Arbitration Law is the two different possibilities to challenge an award. First, as unsuccessful party may apply for the annulment of an award based on one of the following grounds:

Second, Article 36 provides for a possibility to appeal an award directly to the Supreme Court. An appeal may also be waived by the mutual agreement of the parties meanwhile annulment may not.

Accession to the New York Convention is certainly an important and positive development for Angola. However, additional reforms are necessary to harmonize certain VAL provisions and the Angolan Civil Procedure Code with the newly accepted conventional obligations.