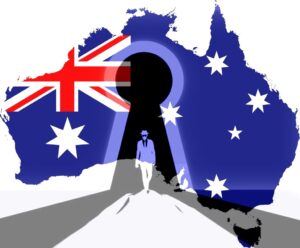 International vs. Domestic Arbitration in Australia

Pursuant to the IAA, an arbitration is considered international if at least one of the following applies:[3]

(a) the parties to an arbitration agreement have, at the time of the conclusion of that agreement, their places of business in different States; or

(b) one of the following places is situated outside the State in which the parties have their places of business:

(i) the place of arbitration if determined in, or pursuant to, the arbitration agreement;

(ii) any place where a substantial part of the obligations of the commercial relationship is to be performed or the place with which the subject-matter of the dispute is most closely connected; or

(c) the parties have expressly agreed that the subject matter of the arbitration agreement relates to more than one country.

Accordingly, it is possible for an arbitration between two Australian entities to also be regulated by the international regime, should they agree so.

The relevant State and Territory legislation in Australia include:[4]

Mandatory Provisions under the IAA

The IAA provides the parties and arbitrators with significant flexibility to tailor arbitration procedures to their own needs. The IAA does not specify, explicitly, which provisions are mandatory under Australian law. A general consensus exists, however, that there are certain, mandatory principles which nevertheless have to be respected. These include, for instance:[5]

In addition, Australian courts also require arbitration proceedings to meet the standards of “natural justice“,[6] as held in Castel Electronics Pty Ltd v TCL Air Conditioner (Zhongshan) Co Ltd (No 2) [2012] FCA 1214. Australian courts may also refuse enforcement of a foreign arbitral award if it is contrary to Australian public policy, as provided in Section 8(7)(b) of the IAA. A foreign award is considered contrary to Australian public policy if the principles of natural justice have not been respected (Section 19(2) of the IAA). However, as held in Emerald Grain v. Agrocorp [2014] 314 ALR 299, where the Honourable Judge Pagone J dismissed the application, the court must be vigilant not to allow a party to run a merits review invoking the public policy exception. As Judge Pagone J held, the court’s role to ensure compliance with natural justice is supervisory only.[7]

Arbitrability of Disputes in Australia

The starting position of Australian courts is that any claim for relief of a kind proper for determination of a court is considered arbitrable, as held in Elders CED v. Dravco Corp [1984] 59 ALR 206. The dispute must also fall under the scope of the arbitration agreement, as held by the High Court of Australia in Tanning Research Laboratories Inc. v. O’Brien [1990] FC 90/008 (“to be arbitrable, the controversy must be one falling within the scope of the arbitration agreement and, perhaps, one relating to rights which are not required to be determined exclusively by the exercise of judicial power”). The parties therefore cannot agree to submit to arbitration disputes that are not arbitrable, as confirmed in WDR Delaware Corporation v Hydrox Holdings Pty Ltd [2016] 245 FCR 452).

Even though there is some uncertainty as to which issues are not arbitrable under Australian law, matters which are not arbitrable traditionally include criminal offences, divorce, custody of children, property settlement, wills, employment grievances, some intellectual property disputes, competition law disputes and certain bankruptcy and insolvency matters[8] (even though in WDR Delaware Corporation v Hydrox Holdings Pty Ltd the Federal Court of Australia ruled that matters related to the winding up of a company could be determined by arbitration).

Certain legislative acts also explicitly provide which kind of disputes are not arbitrable, such as, for instance:

(b)        in an arbitration with a sole arbitrator, if the parties are unable to agree on the arbitrator, he shall be appointed, upon request of a party, by the court or other authority specified in article 6.

The court’s power to appoint arbitrators pursuant to the IAA has been delegated to the Australian Centre for International Commercial Arbitration, as prescribed by the International Arbitration Regulations 2011. This is useful, as courts may be bypassed for ad hoc arbitrations, speeding the constitution of the arbitral tribunal.

Regarding arbitrators’ independence and impartiality, arbitrators are required to disclose any circumstances likely to give raise to a justifiable doubt as to their independence or impartiality (Article 12 (1) UNCITRAL Model Law). Pursuant to Section 18A(1) of the IAA, “justifiable doubt” exists only if there is a real danger of bias. The parties are also free to agree on a procedure for the challenge and removal of arbitrators. Failing such agreement, the procedure provided in Article 13(2) of the UNCITRAL Model Law applies.

Sydney and Melbourne operate as the main centres for international arbitration. Other notable institutions includes the Institute of Arbitrators and Meditators Australia (“IAMA”), established in 1975 in Sydney, with a primary focus on domestic arbitrations.

Another positive development, as part of a wider arbitration reform in Australia, was the opening of international dispute resolution facilities in Sydney in 2010. The Australian Disputes Center (“ADC”), modelled upon Maxwell Chambers in Singapore, provides world class dispute resolution facilities and services. Other notable international dispute facilities include the Melbourne Commercial Arbitration and Mediation Centre (“MCAMC”) and the Perth Centre for Energy and Resources Arbitration in Western Australia.

Thanks to the comprehensive legal reform of arbitration laws in Australia over the past decade, followed by numerous decisions of Australian courts restating its pro-arbitration policy, international arbitration is continuing to rise in Australia. Naturally, COVID-19 has had a significant impact on dispute resolution in Australia, especially by introducing virtual hearings and online platforms, which have now became a norm rather than an exception. However, this sudden shift to entirely virtual arbitrations may have positive implications for the future of the arbitration in Australia. With virtual hearings becoming the norm, Australia might finally overcome the main hurdle in establishing itself as a global centre for international arbitration – its distant geographical location – and rise to the level of its main regional competitors such as Singapore or Hong Kong.

[2]              Australia became one of the first countries to adopt the UNCITRAL Model Law in 1974 to govern international arbitrations.