International arbitration in Kuwait is still developing. Kuwait does not have a standalone comprehensive procedural arbitration law based on the UNCITRAL Model Law, nor adequate English-friendly arbitration facilities. Instead, arbitration provisions are spread around various laws – Islamic law, international law and institutional regulations. Arbitration in Kuwait is primarily governed by the Code of Civil and Commercial Procedure, Law No. 38 of 1980 (Chapter 12, Articles 173 to 188) (“Procedures Law”) and the Judicial Arbitration in Civil and Commercial Matter Law, Law No. 11 of 1995 as amended by Law No. 12 of 2013 (“Judicial Arbitration Law”). Neither law is based on the UNCITRAL Model Law, however, and both fail to make a clear distinction between international and domestic arbitration. 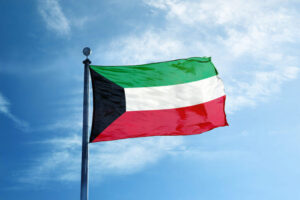 The legal framework related to arbitration in Kuwait is therefore in need of reform. This is somewhat surprising, considering a general trend followed by other States in the Gulf region, which have adopted pro-arbitration policies and have been continuously working on modernizing their arbitration laws and establishing new arbitration centers (see International Construction Arbitration in the Middle East). This is also surprising in light of Kuwait’s significant construction and infrastructure industry, especially considering “Kuwait Vision 2035”, a program announced by the Kuwaiti Government with the vision of transforming Kuwait into a financial and trade hub, regionally and internationally, and becoming more attractive to foreign investors. As Kuwait’s development accelerates and the construction market continues to grow, there is general consensus among practitioners and commentators that the Kuwaiti Government needs to take proactive measures to promote effective dispute resolution mechanisms in order to enhance the trust of foreign investors in Kuwait.

No Clear Distinction Between International and Domestic Arbitration

Article 182(4) of the Procedures Law merely provides that the “Arbitrator’s award shall be rendered in Kuwait, otherwise the prescribed rules applicable to the arbitrators’ awards in a foreign country shall be applied in that respect.”

Unfortunately, Kuwaiti law does not appear to make a clear distinction between domestic and international arbitration, neither under the Procedures Law nor under the Judicial Arbitration  Act. It is considered, however, that any arbitration held outside of Kuwait is “foreign“, even if the applicable law is Kuwaiti law and the dispute is between Kuwaiti parties. This “foreign” arbitration is thus governed by the provisions relating to the enforcement of foreign judgments, as clarified below.

Arbitration Agreements and the Arbitrability of Disputes in Kuwait

Article 173(1) and (2) of the Procedures Law provides that the parties are free to submit their dispute to arbitration, provided that the contracting parties agree to do so in writing:

Arbitration may not be established, save in writing.”

“Arbitration may not be held in the matters where a compromising conciliation may not be reached. Arbitration is deemed to be valid only when made by a competent person who shall have the capacity to dispose of the right under dispute.”

Commentators note that this provision must be construed in light of the general rule laid down by the Kuwaiti Civil Code that “[i]f the subject-matter of an obligation is contrary to the law, public policy or good morals, the contract is deemed void.”[2] Commentators further note that this provision is complemented by another provision from Article 172 of the Civil Code stating that “[i]t is not possible to compromise in any matter relating to public policy, but one may compromise on the patrimonial rights issued therefrom”.[3] There is also a general consensus that certain commercial matters are not arbitrable under Kuwaiti law, which include, primarily, (1) bankruptcy disputes; (2) trademark disputes; and (3) commercial representation matters.

Under Kuwaiti law, an arbitrator must accept his or her appointment in writing, after which he or she may not resign without good cause or can be liable to the parties for damages (Article 178, Procedures Law), which may make certain practitioners think twice before agreeing to serve as an arbitrator with its seat in Kuwait.

The grounds for challenging an arbitrator are the same as the grounds for the disqualification of a judge under Kuwaiti law. The party seeking to challenge an arbitrator must file an application to that effect with the court which is seized of original jurisdiction over the dispute, within five days of his notification of the appointment or of obtaining knowledge of the reasons for a challenge, if these have become known only after the appointment (Article 178, Procedure Laws).

In Kuwait, in line with the Procedures Law and established court practice, the arbitral award shall be made in writing and must contain the following:[4]

Pursuant to Article 183(2) of the Procedures Law, the arbitral award shall be made in Arabic unless otherwise agreed by the Parties, in which case an official translation shall be attached at the time of depositing it.

The Judicial Arbitration Law therefore provides for a specialized jurisdiction for the settlement of disputes between individuals and Kuwaiti Government administrations or ministries. This has been explained by the need to reduce the burden of the Kuwaiti judiciary since these disputes typically concern the issue of public funds. The Arbitration Panel only hears matters whose value does not exceed five hundred thousand Kuwait Dinars (KD 500,000), including financial conflicts arising from administrative contracts. These types of arbitration proceedings are entirely conducted in Arabic and are limited to matters of Kuwaiti law.

The Judicial Arbitration Law has been criticized for being drafted with purely domestic arbitration in mind, as it contains a number of provisions which are not arbitration friendly, and it continues to ignore the usual distinction between domestic and international arbitration.

Kuwait does not have a leading institutional arbitration body which would satisfy the needs of foreign parties and conduct procedures in an efficient and transparent manner or in the English language. The Kuwaiti Chamber of Commerce and Industry (“KCCI”) has made certain efforts to promote arbitration, for instance, by establishing Kuwaiti Commercial Arbitration Center (“KCAC”)  in 1999, with the objective of supporting arbitration for commercial dispute resolution by providing a flexible and efficient arbitration procedure. Since then, the KCCI has played an active role in promoting and raising awareness of arbitration within Kuwait. The KCAC Rules provide that the UNCITRAL Arbitration Rules shall apply in the absence of provisions relating to a specific matter in the KCAC Rules or the Procedures Law (Article 7 of the KCAC Rules). Unfortunately, with limited resources for English parties and little support, the KCAC has been said to fail to adhere to international standards or fulfil the needs of foreign parties.

Recognition and Enforcement of Foreign Arbitral Awards in Kuwait

Kuwait is also a party to several other regional conventions relevant for the recognition and enforcement of foreign arbitral awards, including:

Kuwait has signed a significant number of Bilateral Investment Treaties (“BIT’s”), some of which are not yet in force and some of which have been terminated (BIT’s with India, Moldova, Turkey, Pakistan, Morocco, Egypt and Iraq have been terminated).[7] Kuwait is also a Party to a number of other international treaties with investment provisions, including several treaties signed by the Gulf Cooperation Council (“GCC”), of which Kuwait is a Member State:[8]

Kuwait is also a Party to the International Centre for Settlement of Investment Disputes (“ICSID”) Convention since 1979.[9] Kuwait is currently defending itself in several ICSID arbitrations and one annulment proceeding, notably: