The construction industry is a leading economic sector in the Middle East, where a large number of infrastructure projects worth billions of dollars are commenced each year. Construction disputes are inevitable due to activity in the construction industry and arbitration is the preferred dispute resolution mechanism for such disputes, especially for foreign parties. 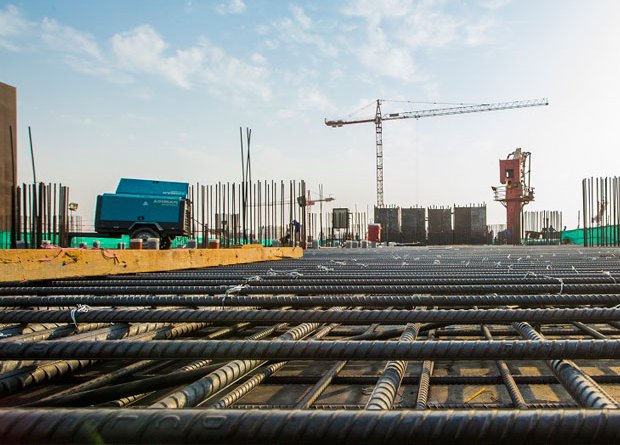 Construction disputes are typically complex and factually intense, requiring technical knowledge and expertise in the field. Commonly, as elsewhere in the world, construction disputes arise over time, payment, scope of work or quality issues.[1] They frequently involve multiple parties and various stakeholders. With large infrastructure projects in place and significant global players involved, who often rely upon local contractors, the Middle East is no exception in making use of international arbitration to resolve disputes. When it comes to international arbitration, the term “international” gains its full meaning, as arbitration in the Middle East is typically an interesting interplay between local laws (typically preferred by the domestic Employer and local contractors), foreign laws, often English law (typically preferred by foreign parties), various procedural rules and the law of the seat of arbitration, frequently the law of large international arbitration centers such as London, Paris, Singapore or Hong Kong, which remain preferred seats chosen by foreign parties in order to minimize potential domestic court interference.

In the private sector, parties are typically free to choose any substantive law to govern their contract and to negotiate all aspects of it. In public work contracts, however, certain exceptions exist, such as, for instance, in Saudi Arabia, where in all public works contracts Government entity clients must use the Saudi Government’s standard form of contracts.

A trend in the Middle East noticeable over the past decade is that countries are working on modernizing their arbitration laws to adhere to international standards. This has been followed by the opening of a significant number of local and regional arbitration centers, which have managed to attract a significant number of cases over the past few years.

Common Legal Principles in Construction Contracts in the Middle East

Moreover, legal systems of the civil law countries in the Middle East, such as the UAE, Bahrain, Kuwait, Oman and Qatar, are heavily influenced by Egyptian civil law, which was, in turn, modelled upon the French Civil Code.[3] Therefore, certain general principles, which pertain to construction contracts and frequently arise in construction disputes, are common to all civil law countries in the Middle East. These general principles include:

The Role of FIDIC Contracts in the Middle East

The FIDIC (“International Federation of Consulting Engineers”) forms of contract have been used in the Middle East since the 1970’s, most commonly the FIDIC Red Book form of contract. Historically, FIDIC conditions of contracts have been incorporated both in public and private sectors in the Gulf countries. For instance, Abu Dhabi has accepted FIDIC as a standard form for all Governmental contracts. The wide use of FIDIC contracts is especially relevant considering that most countries in the Middle East do not have a specific body of laws applicable to construction and engineering projects, rendering the interpretation and application of general principles of law even more significant.

Arbitration Laws of the Countries in the Middle East

Almost all countries in the Middle East, with the exception of Kuwait, have adopted modern arbitration laws based on the UNCITRAL Model Law:

Kuwait is an exception, as arbitration in Kuwait is still governed by Kuwait Decree Law No. 38/1980, which does not conform with the UNCITRAL Model Law or international standards and certainly calls for a reform.

Recognition and Enforcement of Foreign Arbitral Awards in the Middle East

Almost all States in the Middle East have acceded to the Convention on the Recognition and Enforcement of Foreign Arbitral Awards (the “New York Convention”). Kuwait became a contracting party in 1978, Bahrain in 1988, Saudi Arabia in 1994, Oman in 1999 and, more recently, Qatar in 2002 and the UAE in 2006.[13] In practice, however, problems with the enforcement of foreign arbitral awards are not uncommon, especially in Saudi Arabia, where despite a modern Enforcement Law enacted in 2012, some arbitral awards rendered outside of Saudi Arabia cannot be enforced, most notably, on the basis of the “public policy exception”. Therefore, while international companies are increasingly gaining more trust with the Middle East as a forum for the resolution of construction disputes, there still remains room for improvement, especially in terms of the recognition and enforcement of arbitral awards.