The legal system of the Seychelles represents a peculiar mixture of the common law and civil law.[1] This is unsurprising considering the fairly turbulent history of this small island nation located off the eastern coast of Africa. During the colonial era, the Seychelles were first claimed by the French, then disputed between the French and English, with the British gaining control in 1814. The Seychelles remained under British control until 1976, when they gained their independence, becoming an independent republic within the Commonwealth – the Republic of Seychelles. 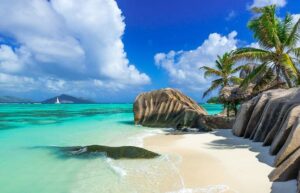 Arbitration Agreements and the Arbitrability of Disputes

Article 110(1) of the Commercial Code Act of Seychelles provides:

Any dispute which has arisen or may arise out of a specific legal relationship, and in respect of which it is permissible to resort to arbitration, may be subject to an arbitration agreement. Subject to articles 2044 to 2058 of the Civil Code relating to compromise.

Article 111 of the Commercial Code of Seychelles further stipulates that an arbitration agreement has to be in writing:

1. An arbitration agreement shall be constituted by an instrument in writing signed by the parties or by other documents binding on the parties and showing their intention to have recourse to arbitration.

2. If, in an arbitration agreement, the parties have referred to a particular arbitration procedure, that procedure shall be deemed to be included in the agreement.

For a dispute to be arbitrable under the law of the Seychelles, it therefore has to (1) arise out of a specific legal relationship and (2) its subject matter has to be permissible to be resolved by arbitration. In addition, the parties are bound by the rules set out in the Civil Code of Seychelles Act, Chapter 33 (1 January 1976) (the “Civil Code”), Title XV, on “Compromise”, which provides:

1. The compromise is a contract whereby the parties put an end to a dispute already begun or prevent a dispute from arising.

2. A person may compromise any rights of which he can freely dispose.

3. This contract must be in writing.

The Civil Code, Title XI, further lists the matters which may not be the subject of a “compromise” and are, accordingly, not arbitrable under the law of the Seychelles, which include, inter alia:[2]

205. The court may, in any cases other than those mentioned in article 1004 of the French Code of Civil Procedure, with the consent of both parties to the suit, and also in any case in which the law permits arbitration independently of such consent, order such suit, with or without other matters within the jurisdiction of the court in dispute between such parties, to be referred to arbitration, to such person or persons, and in such manner and on such terms, as the court shall think reasonable and just, and if more than one arbitrator has been appointed, it may appoint an umpire if it thinks fit. Such reference shall not be revocable except with the consent of the court:

Provided that nothing in this section shall be deemed to prevent persons from submitting their dispute to arbitration in accordance with the provisions of Book Three of the French Code of Civil Procedure, without an order of the court.

Section 151 or the Code of Civil Procedure further provides that certain matters must be referred to the Attorney General, which include:

Accordingly, these matters are also non-arbitrable, as they cannot be decided outside of a court.

Arbitration in The Seychelles: Arbitral Tribunals

Article 114 of the Commercial Code Act provides the parties with a freedom to choose the number of the arbitrators. The only requirement is for this number to be uneven:

1. The arbitral tribunal shall be composed of an uneven number of arbitrators. However, a sole arbitrator may be appointed.  Arbitrators must formally accept the appointment.  Aliens shall not be excluded from being arbitrators.

2. If the arbitration agreement provides for an even number of arbitrators, an additional arbitrator shall be appointed.

Pursuant to Article 115(1) of the Commercial Code Act, the parties also may, either in the arbitration agreement, or subsequently, appoint the sole arbitrator or entrust the appointment thereof to a third party. If the parties have not appointed the arbitrators and have not agreed on a method of appointment each party shall, when a dispute arises, appoint an arbitrator, or an equal number of arbitrators, as the case may be (Article 115(2) of the Commercial Code Act).

Arbitrators may be challenged on the same grounds as judges. However, a party may not challenge an arbitrator appointed by him except on a ground of which the party has become aware after the appointment (Article 121 of the Commercial Code Act).

Arbitration in The Seychelles: Arbitral Awards

Arbitral awards shall, in addition to the operative part, contain the following particulars explicitly listed in Article 131 (5) of the Commercial Code Act:

The award also must state the reasons for an award, unless the parties agreed otherwise (Article 131(6)).

Recognition and Enforcement of Foreign Arbitral Awards in the Seychelles

The Commercial Code Act also introduced a new Article 227(2) to the Seychelles Code of Civil Procedure, explicitly making reference to the New York Convention as well, even though it was debatable if the Seychelles was considered a Contracting Party, or not, at the time:

227. Foreign judgments and deeds drawn up in foreign countries can only be enforced in the cases provided for by articles 2123 and 2128 of the Civil Code and agreeably with the provisions of the aforesaid articles.

Arbitral awards under the New York Convention, as provided under articles 146 and 148 of the Commercial Code of Seychelles, shall be enforceable in accordance with the provisions of Book 1, Title X of the said Code.

Investment Arbitration in the Seychelles

According to the UNCTAD Investment Policy Review: Seychelles, released in September 2020, the economic and social performance of the Seychelles has been exceptional over the past few years, as it is the only high-income country in Sub-Saharan Africa. The Seychelles is open to foreign direct investments, especially in sectors such as tourism and fisheries, in which foreign investments are considered to have significantly contributed to the countries’ economy.

The Seychelles is a party to a number of other international treaties with investment provisions, however, including, inter alia:

The only publicly-known investment arbitration against the Seychelles is CDR Group PLC v. The Republic of Seychelles (ICSID Case No. ARB/02/14), (“CDC v. Seychelles”) brought by a British investor, CDR Group PLC. The dispute concerned two loan agreements and sovereign guarantees provided by the government of Seychelles to CDC Group PLC. The Final Award was issued on 17 December 2003 in favour of the investor. Respondent, the Government of the Seychelles, made an application seeking annulment of the Award and requested stay of the enforcement pursuant to Article 52 of the ICSID Convention. In the Decision on Whether or Not to Continue Stay and Order of 14 July 2004, the Committee granted the stay, restating the criteria already in place, however, rejecting the argument invoked by Respondent and finding that the probability of success of an application for annulment is not a sufficient ground for granting a stay. Subsequent ad hoc committees have followed the position in CDC v. Seychelles, finding that the merits of the underlying annulment application are irrelevant when deciding whether to continue a stay of enforcement.[7]