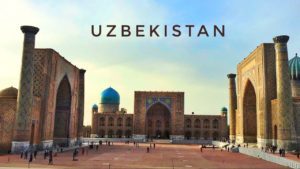 Uzbekistan acceded the New York Convention in 1996. In 2006, the government passed the National Arbitration law, available online in Russian, which is the widely spoken “lingua franca” of the Uzbek Republic. However, the Arbitration Law 2006 is quite different and not recognized by the UN Secretariat as being based on the UNCITRAL Model law.

Concerning arbitral institutions in Uzbekistan, in May 2006 the Chamber of Commerce and Industry of the Russian Federation and the Chamber of Commerce and Industry of the Republic of Uzbekistan signed an Agreement on Cooperation in the Domain of International Commercial Arbitration. However, as Uzbekistan did not have its own arbitration center at the time, the agreement was limited to assisting each other with the organization of ad hoc arbitrations, exchanges of information, the organization of joint seminars and conferences and visits by each Party’s experts to study and examine the activities of arbitration centers.

Despite the International Arbitration Courts being referred to as “international”, the Arbitration Law is designed for local arbitrations only- the applicable law is only Uzbek law and the arbitrator must be a citizen of Uzbekistan. Hopefully, this is about to change with the new draft law proposing a mixed panel of arbitrators composed of both foreign and Uzbek nationals.

Regarding remedies against awards, while the State Courts of Uzbekistan still have very wide powers, there is no appeal to the decision and the only remedy is annulment of the decision before competent State courts if a party proves there has been a violation of the procedural rules of arbitration.

Concerning the enforcement of international arbitration awards,  Uzbekistan signed and ratified the New York Convention in 1996. The Supreme Economic Court also passed a decree “On Court Practice of Enforcement of Decisions and Arbitral Awards of the Foreign Courts (Arbitrations)” on 26 March 1998, which further provides for the enforcement of foreign arbitral awards if the conditions specified in the applicable international treaty are met.

Uzbekistan is a party to several investment treaties with foreign countries (including the United Kingdom, South Korea and Turkey) that contain dispute resolution clauses. Uzbekistan also signed the ICSID Convention on 17 March 1994 and deposited instruments of ratification on 26 July 1995, with effect from 25 August 1995, making it possible for certain disputes with the Republic of Uzbekistan to be referred to arbitration under ICSID  auspices. Currently, there are four pending cases against Uzbekistan at the ICSID. Four more have been concluded, two in favour of the State.