Mining-related arbitrations have significantly increased over recent decades. Metals and minerals play an important role in foreign direct investments and the need for complex contracts have attracted considerable attention of arbitration practitioners and users.

The mining sector is complex. It frequently involves multiple parties and different jurisdictions. Additionally, social development in emerging economies and environmental regulations are often at stake.

I. Key Challenges of Mining Projects

Mining projects require long timeframes and are often politically sensitive. As a consequence, the propensity for disputes is acute and they are often referred to arbitration. 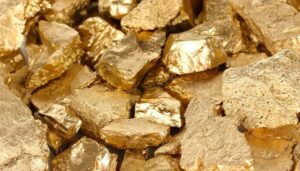 Disputes may arise in early stages of projects where anticipated mineral resources do not meet the economic expectations of stakeholders in the public and private sectors. Moreover, throughout the project, interests of mining companies may conflict with those of public authorities and local communities for several reasons.

The most relevant form of political interference in mining projects is expropriation or nationalization, i.e., the risk of the host State taking ownership of the project without fair compensation. Rather than taking them over, host States can also render major mining projects economically unviable, however, by increasing taxes and royalties or changing social and environmental regulations. These risks have been mitigated throughout the years, to a certain degree, because of the growth of investor-State arbitration.

Mining companies have also managed to reduce the risks of legislative and regulatory changes by inserting “stabilization clauses” in their contracts with host States. These clauses may be drafted in a variety of forms, but the main purpose is to provide a certain level of predictability and protection to foreign investors. Depending on the wording, stabilization clauses may have the effect of “freezing” legislation for an agreed period; other clauses may contemplate or allow legislative and regulatory changes, provided that the foreign investor is consulted and compensation is available where the change has a significant impact.

Irrespective of the form they take, it is undisputable that stabilization clauses play a meaningful role in the protection of mining companies, in particular if they are combined with the right to refer disputes to international arbitration.

II. Social and Environmental Issues in the Context of Mining Arbitrations

In order to avoid conflicts with local communities, in addition to complying with laws and regulations, mining companies may invest in social responsibility programmes. These programmes may include assistances in the areas of education, healthcare, nutrition, infrastructure, housing, among others.

In Bear Creek Mining v. Peru, Peru revoked a public decree in response to social unrest that took place in a remote area near the border with Bolivia. Social opposition engulfed the project and Bear Creek started an arbitration against Peru. In its defence, Peru accused the claimant for the social unrest, alleging that its social activities were insufficient. The tribunal disagreed and noted that the State was aware of the claimant’s multiple social programmes and could not, in hindsight, allege that the claimant’s conduct contributed to social unrest in the region.[2]

Besides social concerns, many disputes involving mining companies have some connection to the environment. More particularly, States are increasingly willing to bring counterclaims for environmental damages both under contracts and international investment treaties, although the admissibility of States’ counterclaims is still debatable under some treaties.

In Sergei Paushok v. Mongolia, Mongolia asserted that the claimants had violated their environmental undertakings under a licence agreement to extract gold.[3] In Rusoro v. Venezuela, Venezuela argued that the claimant caused damages to the natural resources of the country by adopting “improper mining practices”. [4] Both the Sergei Paushok and Rusoro tribunals ultimately concluded that they had no jurisdiction to rule over respondents’ counterclaims.

On the other hand, the tribunal in Burlington Resources v. Ecuador awarded compensation to Ecuador on the basis of damages to Ecuador’s environment and infrastructure.[5]

Investors may also invoke violations of fair and equitable treatment and indirect expropriation. For instance, in Glamis Gold v. United States, the claimant argued that the denial of gold mining permits for environmental and cultural reasons breached NAFTA standards of treatment, although the claim was ultimately dismissed.[6]

III. Advantages of International Arbitration in the Mining Sector

Arbitration is a neutral forum, with independent and impartial adjudicators, in contrast to litigation in national courts of one party (most commonly, the host State’s courts).

As stated above, mining projects involve different players and parties, including private companies, States and State-owned companies. It is rare that private companies, often doing overseas business, wish to end up in local courts of host States in disputes related to major mining projects. This is especially true when the amounts at stake are high and local courts may not provide fair treatment to foreign investors (e.g., a lack of transparency and independence). Therefore, it is essential to select an independent and efficient forum such as arbitration.