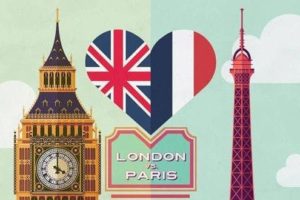 France’s latest court reforms may take business away from its long-time rival.

Consistent with current French practice, the commercial court will apply English law or any other law underlying a contract at issue. It will also be able to use legal experts to ensure proper interpretation. French courts routinely decide questions of foreign law with the help from experts unless a compelling public policy is at issue.

What is new is that the commercial court will hear oral testimony and arguments in English and issue judgments in English. In addition, parties may exchange documents in English without translation and document production will follow common-law standards. French will remain the official language of the proceedings and written pleadings, however.

The EU and the UK have yet to agree on a way to ensure mutual enforcement of judgements post-Brexit. Due to the dominant role of English in international business, these new measures are a way to lure English-law disputes away from London and to Paris. The UK currently has a profitable industry for international dispute resolution, with 80% of commercial cases in London courts involving at least one foreign party.

Despite this, horizontal competition remains unlikely. Even if France offers familiar English practices, large foreign entities will rarely accept French jurisdiction with a French company. Indeed, users’ desire for a neutral ‘playing field’ is seen as one of the most valuable aspects of international arbitration.[4]

While the arbitration community may ultimately benefit from a broader pool of users, the French judicial system may benefit from commercial-minded judges who will better understand the complexities of a business and in turn award more accurate judgements.

If the new commercial court offers judgements that are enforceable in the EU and the English court does not, Paris has a chance to take London’s crown as the global legal centre. Even so, other places have a solid reputation of resolving disputes under common law, including New York, Dubai and Singapore. That said, any Brexit deal will most likely involve a regime for the mutual enforcement of judgments, given the high stakes involved.

[3] These cases have always been heard by the appeal court, currently heard by a specialist chamber headed by Justice Dominique Guihal.