The OHADAC project is a project of legal integration in the Caribbean region, whose philosophy is similar to the OHADA’s in West Africa. The objective of the project is to advance legal and judicial integration of the Caribbean in order to ensure that a harmonized legal framework applies for the activities of Caribbean businesses. It involves 33 States, extending to all of the Caribbean Island States but also coastal regions including Mexico, Venezuela, Colombia and Costa Rica. More specifically, the goal of the OHADAC project is twofold: (i) promoting legislative harmonisation by proposing to States model legislation in the field of business law and (ii) promoting arbitration and mediation in the Caribbean region, through the opening of an arbitration and mediation centre, the OHADAC Regional Centre for Arbitration. 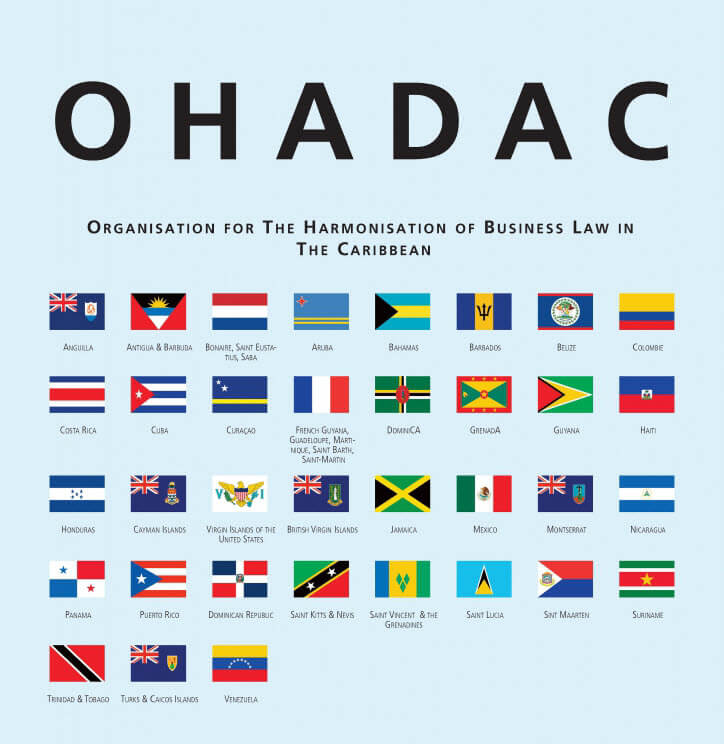 The objective of the OHADAC Regional Centre for Arbitration will be to provide efficient and cost­-effective procedural solutions to all types of disputes involving individuals, companies and States in the Caribbean, at both the domestic and international level, while addressing the constraints of the Caribbean business environment and other specific regional difficulties.

The OHADAC project, which name stands for “Organization for the Harmonization of Business Law in the Caribbean,” was initiated in 2007 by the Chamber of Commerce and Industry of Pointe-à-Pitre, with the support of the European Union, France, the Guadeloupe, Martinique and Guyane territories, as well as employers’ associations such as the MEDEF and the CGPME.

Based on the successful OHADA model in Western Africa, the purpose of the OHADAC project is to advance legal and judicial integration of the Caribbean in order to ensure that a harmonised legal framework applies to the activities of Caribbean businesses. It involves 33 States, extending to all of the Caribbean Island States but also coastal regions including Mexico, Venezuela, Colombia and Costa Rica.

In this context, the OHADAC team was invited to the Second Inter-Sessional Regional Meeting of the UNCITRAL Working Group on Investor-State Dispute Settlement Reform, which took place in Santo Domingo on 13 and 14 February 2019 (see the program here).

UNCITRAL has been following the work of OHADAC for several years. Representatives of UNCITRAL had already pointed out at the 2015 Pointe-à-Pitre Congress the importance of legal harmonisation work at a regional level, which was carried out during the first phase of the project thanks to the help of Europe, through the implementation of the Interreg program in the Caribbean.

This event brought together representatives of UNCITRAL Member States, including a significant number of Caribbean States, such as Belize, Venezuela, Colombia, Jamaica, Costa Rica, Bahamas, Mexico, Ecuador and the Dominican Republic. Representatives of the regional organisations SELA and CARICOM were also present at this event, as well as Investment Arbitration law experts from around the world.

These two days provided States’ representatives with an opportunity to express their views on the challenges being faced in the field of Investment Arbitration, which allows for the settlement of disputes between investors and States on the basis of texts protecting foreign investments.

An important source of the international protection of foreign investments lies in bilateral investment treaties, commonly known as BIT’s. These treaties guarantee certain protections to foreign investors, the main standards being the prohibition of expropriation; discrimination; unfair and inequitable treatment; and denial of justice. The State is always Respondent in the context of these proceedings, the possibility of introducing counterclaims being limited.

The resolution of disputes in this area is subject to controversies, and certain shortcomings of the existing framework of Investment arbitration have been highlighted:

It was mentioned that OHADAC could start work in this direction, and set up a working group bringing together experts and a number of Caribbean States’ representatives who have already expressed interest in the initiative. For more information, Marie-Camille PITTON can be contacted.