On 10 December 2020, the Queen Mary University of London and PWC released a Study on Damages in ICC Arbitration Awards. The Study provides valuable data revealing, inter alia, how damages are approached and assessed by claimants and respondents, the role of experts in the assessment of damages and the approach taken by ICC tribunals when assessing and awarding damages.

The Study on Damages is based on 180 unpublished ICC arbitration awards rendered between 2011 and 2018 and encompassed 284 claims. The Study was sponsored by PWC and carried out by Cornelis (Jaap) Baaij and a team of researchers from Queen Mary University of London’s School of Arbitration, under the leadership of Loukas Mistelis, director of the Queen Mary University of London Institute of Transnational Commercial Law and director of its LLM in dispute resolution. 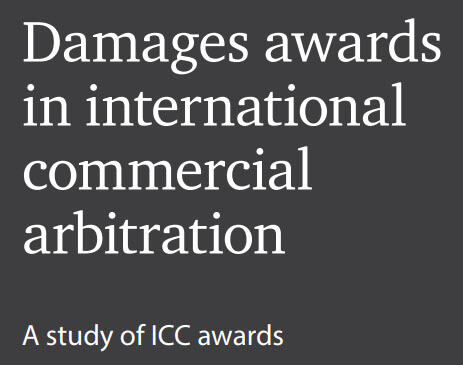 Damages are a critical component of most arbitration cases and, indeed, the very reason why most parties bring their claims. They are also often a complex issues for parties and for tribunals. PWC had already conducted a comprehensive study on damages in international arbitration in 2015, which was based on 95 publicly-available arbitration awards (2015 – International Arbitration Damages Research), which was further updated in 2017 (PWC International Arbitration Damages Research 2017 Update). The most recent Study on Damages, however, presents a more comprehensive analysis of a larger number of arbitration awards addressing, inter alia, the following issues:

The Gap in the Assessment of Losses

The Study on Damages reveals a significant gap in the assessment of losses between claimants and respondents. The findings of the Study demonstrate that respondents quantify damages at only 12% of the amounts claimed by claimants. Surprisingly, this gap did not change regardless of whether quantum experts were involved or not. It is therefore up to tribunals to try to “bridge this gap” when assessing damages claimed.

An interesting finding reveals that tribunals awarded, on average, 53% of the amount claimed in the awards, and the most frequently adopted measure of damages (63% of claims) was the so-called “sunk cost methodology”, which looks back at sums which had already been spent.

In general, backward-looking damages claims (damnum emergens, i.e., out of pocket expenses) were made more often than forward-looking (lucrum cessans, i.e., lost profits) claims. Far fewer claims for consequential damages, restitution and punitive damages were made, as could be expected.

As the authors noted, “It is perhaps unsurprising that a higher percentage of sunk cost claims is awarded compared to income approach claims. In a sunk costs approach, there will often be less scope for disagreement about the actual cost of the items being claimed, which will often be a matter of record.  Disagreements involving sunk-costs claims would typically arise in respect of whether specific costs are legitimately included in the claim, but less so in respect of the calculation of the amount claimed.”

Another notable finding of the Study was that parties, especially claimants, frequently come under criticism from arbitral tribunals due to their approach to quantifying losses. The main criticisms of arbitral tribunals included (in the order below):

Impact of Use of Experts in Arbitration

The Study also analyzes the use of experts in international arbitration. The findings show that, for claims of over USD 10 million, over half of parties use experts. For smaller claims, of less than USD 1 million, only 21% of claimants and 25% of respondents use experts, however.

The Study also finds that when claimants appoint experts, respondents generally fare better appointing their own expert, regardless of the size of the claim.

Lack of gender and cultural diversity remains one of the common problems in international arbitration. Unfortunately, gender diversity appears to be a significant problem among experts as well. The Study reveals that only 11% of experts and only 10% of arbitrators were women. The Study also recommends several steps which could potentially help increase gender diversity, including, inter alia, joint expert reports or, for instance, commitments by those charged with proposing potential experts to ensure the diversity of candidate lists provided to the client.

The Queen Mary and PWC Study on Damages in ICC Arbitration is a valuable report, relevant both for academic circles but also of practical relevance for arbitration practitioners and users. As Professor Loukas Mistelis hopes, the Study will “enhance the understanding of damages issues and be a springboard for further similar studies”, which would certainly be a positive and useful development for international arbitration.