Successful State counterclaims in investor-State arbitration were found on 7 February 2017. The counterclaims were brought by Ecuador in response to claims by Burlington Resources Inc, a U.S.-based foreign investor. 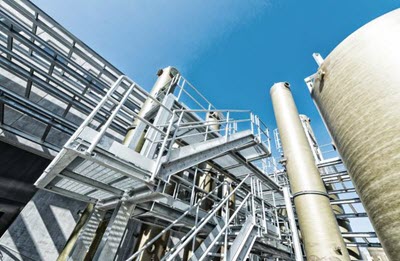 In its counterclaims, Ecuador alleged breach of its national environmental law by Burlington Resources and breach of contractual obligations and sought USD 2.8 billion in compensation.

The arbitral tribunal ruled in favour of Ecuador, ordering the foreign investor to pay USD 41.7 million to the State, far less than requested, but enough to give pause to foreign investors considering investor-State arbitration.

The tribunal first ruled that the 2008 Ecuadorian Constitution, establishing a strict liability regime for environmental harm, did not apply retroactively. Prior to 2008, the law was fault-based and thus more flexible as a party could show it was not at fault but was instead trying to avoid harm. In 2002, it had been held that Burlington could not be held liable if there was a case of force majeure or harm caused by a third party. The tribunal further ruled that the counterclaims were not time-barred, as alleged by Burlington, and that Burlington had the burden of proving the absence of the damage claimed by Ecuador.

The tribunal then proceeded to an extensive analysis of the legal meaning of the notion of environmental harm under domestic Ecuadorian law. More precisely, the issue examined was whether the harm had to be evaluated with respect to domestic regulations or natural considerations (their “natural background values”), meaning without any human intervention. The tribunal ruled in favour of the latter view in support of Ecuador’s arguments.

This finding had a significant impact as Ecuador was claiming USD 2.5 billion of costs to restore the oilfields to their background values. In its ruling, the tribunal also found that Claimant was responsible for soil contamination in some cites due to poor construction of mud pits, in addition to the large presence of chemicals found in groundwater.

After finding a violation of Burlington’s obligations, the tribunal ordered USD 41.7 million to be paid in compensation to Ecuador, with simple interest. This amount included USD 39.2 million for remediation at each site – considered as minimal compensation for environmental damage, and USD 2.5 million for Claimant’s breach of its obligations of maintenance and return of infrastructure.

Alongside this case, there are two other high-stake oil arbitrations pending against Ecuador that also concern environmental damage in the Ecuadorian Amazon rainforest, namely Perenco v. Ecuador and the Chevron/TexPet v. Ecuador cases.