Arbitrability concerns whether a type of a dispute can or cannot be settled by arbitration. In practical terms, arbitrability answers the question of whether a subject matter of a claim is or not reserved to the sphere of domestic courts, under the provisions of national laws. 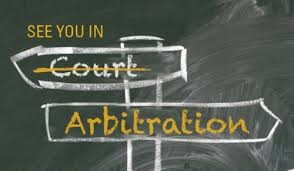 If the dispute is not arbitrable, the arbitral tribunal is limited in its jurisdiction and the claim must instead be submitted to domestic courts.

There may be restrictions regarding the capacity of a party to enter into arbitration agreements, which means that certain entities, (e.g., States or State entities) due to policy considerations, may not be allowed to enter into arbitration agreements or may require a special authorisation to do so (“subjective arbitrability”), or limitations based on the subject matter (“objective arbitrability”). Certain disputes may involve such sensitive public policy issues that are left exclusively to the jurisdiction of domestic courts by domestic law.

The arbitrability of a dispute may vary from one country to another, firstly, due to different policy considerations and, secondly, depending on how open the State is to arbitration. The general trend in national laws is towards a broader approach of allowing submission to arbitration of matters that have been traditionally outside of its scope, usually involving criminal law cases, family matters, or disputes of a commercial nature involving patents,[1] antitrust and competition laws,[2] bribery, corruption and fraud. These issues may be restricted to party autonomy, as manifestations of national or international public policy matters.

One of the most debatable issues regarding arbitrability is which law governs the determination of arbitrability. The law governing the arbitrability of a dispute may vary depending on whether it is decided by an arbitral tribunal, which will decide itself in accordance with the principle of Kompetenz-Kompetenz; by a State court to which one of the parties has simultaneously submitted the dispute; within a setting-aside procedure; or in the context of an enforcement procedure.

Tribunals have taken different approaches in considering which law governs the arbitrability of a dispute: the law of the arbitration agreement; the law of the seat; the law applicable to the dispute; the law of one of the parties; and the law of the place of enforcement. This may lead to different solutions such as the example in the Fincantieri cases, where opposite outcomes were found before Italian Courts and before the Swiss Federal Court.[3]

The non-arbitrability of a dispute renders the arbitration agreement invalid. As a result, the tribunal would lack jurisdiction and the award might not be recognized and enforced.

The concept of arbitrability can be found in Article II, paragraph 1, of the 1958 Convention on the Recognition and Enforcement of Foreign Arbitral Awards (New York Convention), which provides that each contracting State shall recognize an agreement in writing “concerning a subject-matter capable of settlement by arbitration.” In addition, it can also be found in Article 5, paragraph (2)(a), which states that recognition and enforcement of an arbitral award may be refused if the court where such recognition and enforcement is sought finds that “subject matter of the difference is not capable of settlement by arbitration under the law of that country.” Therefore, Articles II and V of the New York Convention provide for the law of arbitrability as a ground for a court to refuse recognizing and enforcing an award, but are silent as to which law should govern the question of arbitrability at the pre-award stage.[4]

Thus, to ensure enforceability, arbitration tribunals should generally determine arbitrability with specific reference to the law of the place of arbitration. If a dispute is not arbitrable according to the relevant rules contained in that law, the award will be open to setting aside procedures in that country and may also exclude its enforcement in another country.

The Model Law dedicates some provisions to address the issue of arbitrability without specifying which matters are arbitrable. Article 1, paragraph 5, provides that the Model Law shall not affect any other law of the state by virtue of which certain disputes may not be submitted to arbitration or may be submitted to arbitration only according to other provisions. In addition, Article 34, paragraph 2(b), stipulates that the arbitral award may be set aside only if, among others, the court finds that the subject matter of the dispute is not capable of settlement by arbitration under the law of the State.

As regards the International Centre for Settlement of Investment Disputes Convention (“ICSID Convention”), there is no reference to the concept of arbitrability. Article 25, among other things, determines the scope of matters which are subject to the ICSID’s arbitration, and in particular according with paragraph 4, parties may expressly exclude a certain matter from the tribunal’s jurisdiction. Hence, the issue of arbitrability in the ICSID Convention is referred to by applying a general term of “jurisdiction” rather than arbitrability.[5]

Although defining a uniform rule on the type of issues capable of being settled by arbitration and therefore arbitrable might be a difficult task, one may agree that more international consensus on arbitrability among national laws would be desirable and would increase legal certainty.

[1] For example, in the European Union, disputes directly affecting the existence or validity of a registered intellectual property right are the exclusive jurisdiction of the courts of the Member States of deposit and registration and therefore not considered to be arbitrable (EC Regulation No. 44/2001, of 22 December 2000, Article 22(4)), while Switzerland and the US take a more liberal approach and almost all intellectual property disputes are arbitrable.

[2] Antitrust and competition legislation, given its influence on market structure, may be restricted to arbitration and not arbitrable.

[3] The Court of Appeal of Genoa ruled that Italian courts had jurisdiction over the case as the dispute was not arbitrable under the applicable Italian and European embargo legislation – See, Fincantieri-Cantieri Navali Italiani SpA v Iraq (1994) Riv. Dell’arb 4 (1994) (Corte di Appello di Genova/Genoa Court of Appeal, Italy). In parallel proceedings, the Swiss Federal Court held that, generally, the only condition for the arbitrability of disputes according to Swiss law was that it was a dispute in relation to property, concluding the sanctions did not undermine the arbitrability of a dispute with its seat in Switzerland – See, Fincantieri Cantieri Navali Italiani SpA and OTO Melara Spa v ATF (25 November 1991) ICC Award Nr 6719 (Interim Award) Journal du droit international (1994) 1074.