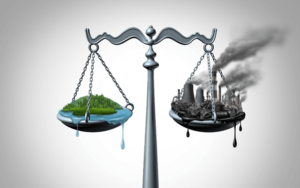 On 14 July 2022,[1] the enforcement of the Micula ICSID award was rejected by Luxembourg Court of Cassation. The Supreme Court overturned the decision of the Appeal Court upholding the enforcement of the award rendered by the arbitral tribunal on 11 December 2013 in Ioan Micula, Viorel Micula, S.C. European Food S.A, S.C. Starmill S.R.L. […]

The ICSID Convention, Regulations and Rules were adopted in 1967 and were later amended four times, with the last amendment entering into force in April 2006. In October 2016, the ICSID launched a new amendment process calling for Member States, and later the public, to suggest topics to be considered for changes. According to the […] 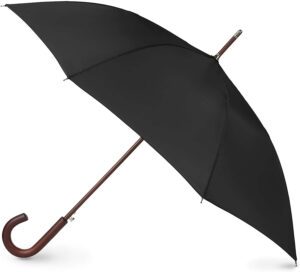 In investment arbitration, an umbrella clause can constitute an advantage for investors, protecting investments by placing obligations entered into by a host State of investment under the protective “umbrella” of an international treaty. By linking the violation of local law to the violation of a Bilateral Investment Treaty (“BIT”), contract claims may in particular be […] 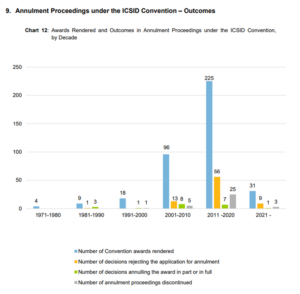 Pursuant to Article 53 of the ICSID Convention, ICSID awards are binding on the parties and “shall not be subject to any appeal or any other remedy except those provided for in this Convention”. As correctly stated by the ad hoc committee in the Standard Chartered Bank v. Tanzania Electric Supply Company case, this “Article […]

On 7 February 2022, the International Center for Settlement of Investment Disputes (“ICSID”) released its Caseload Statistics for 2021 (Issue 2022-1), based on the cases registered or administered by ICSID as of 31 December 2021. As previously noted (see ICSID Caseload Statistics for FY2020), ICSID publishes its reports on ICSID caselaw statistics bi-annually, examining all […]

Expropriation in investment arbitration concerns two notions: (1) each State’s right to exercise sovereignty over its territory and (2) each State’s obligation to respect properties belonging to foreigners. The first means that a State may, in special circumstances, expropriate a foreign investor’s property. The second means that the expropriation of foreign-held properties will only be […]

Fair and equitable treatment is a prominent standard of protection in investment arbitration disputes, which is present in most bilateral investment treaties (“BITs”).[1] The standard has evolved in post-World War II treaties. The 1948 Havana Charter for an International Trade Organization is said to be the first treaty to include “just and equitable treatment” for […]