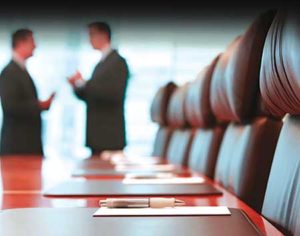 One of the main issues concerning third-party funding is the issue of disclosure and potential conflicts of interest. The report encourages disclosure at the earliest opportunity to give time to check for conflicts of interest. While this may create some delay, it is important to resolve conflict issues at an early stage. However, only the names of the funders should be revealed according to the report. It is to be noted that the upcoming amendment to the ICSID rules will likely require disclosure of funders’ identities.

As for privilege, certain information may be confidential. Disclosure of a funder’s identity is not subject to legal privilege; however, sections of a funding agreement may be. This includes instances where the agreement or information may have been shared with a third-party funder. Thus, additional disclosure is an exception to the rule.

Costs and Security for Costs

Generally, the report concludes that funding by a third-party does not rule out recovery on costs. At the same time, the existence of any funding arrangement does not affect such recovery.

If conditions are met, parties may recover costs for funding, including a third-party funder’s return. These conditions are: (1) the party must disclose third-party funding at the start of the case, (2) costs are reasonable and (3) the opposing party’s conduct led to his adversary’s lack of sufficient funds.

Without an express power to do so, a tribunal cannot issue costs directly against a third-party funder.

Although the report notes ISDS criticisms, it finds the trend is positive overall. It does call for, however, greater transparency on funding. There is, despite this, a growing market for funding States in their investment arbitrations.

Reactions from the Funding Industry

Jeffrey Commission, the Director of the large third-party funder Burford Capital in Washington, argues that the report falls short on several matters.

First, the report does not take into account the practical effect of disclosure. Parties may (and have) use(d) disclosure as a procedural tactic to delay cases, require disclosure without sufficient basis or equally to challenge arbitrator appointments. A solution would be to disclose information to an institution without involving the opposing party. This way, disclosure will serve its purpose (to avoid conflicts) without risking unnecessary delays.

Second, the report does not consider newer forms of funding. Traditionally, funding for legal fees went towards one case in exchange for a share of a favourable award. Today, funding portfolios are increasingly multi-case. For example, only 5% of Burford’s funds in 2017 was single-case funding, with a clear shift toward multi-case funding.

Third and finally, the report does not address whether a party has a right to preserve its security for costs in ICSID arbitrations. The worry relates to the collection of a future award rather than merely a procedural right.[1]

In conclusion, the taskforce’s report is a useful guide to aid parties with third-party funding issues. The landscape, however, may still be moving underneath our feet.

[1] E.g., Eskosol S.p.A. in liquidazione v. Italian Republic, ICSID Case No. ARB/15/50, Procedural Order No. 3, dated 12 June 2017 (“there is something analytically curious about the notion that an ICSID tribunal, while not empowered to protect a claimant’s ability to collect on a possible merits award, nonetheless should intervene to protect a state’s asserted ‘right’ to collect on a possible costs award.”).