What happens when the arbitration agreement, the lex arbitri, and the law out of which the cause of action arises are silent about the law applicable to issues that are considered to be neither substantive nor procedural? The short answer is that these issues would fall under the category of so-called “twilight issues” in international arbitration. According to Professor George Bermann, twilight issues refer to non-merits issues that commonly arise in arbitral proceedings for which tribunals and counsel find little or no guidance in either the arbitration agreement, the applicable institutional rules, or the lex arbitri. 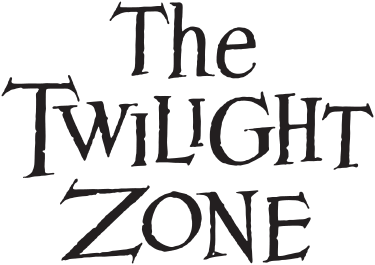 When addressing twilight issues, it is important to know in advance what standard or norm the tribunal will likely apply. Arbitral tribunals may resort to the application of a national law (including the law of the contract, the law applied by the courts of the place of arbitration, the law of the place of probable enforcement, and the law of the jurisdiction whose law the tribunal believes it most appropriate), an international standard or no particular norm at all but mere arbitrator good judgment.

Twilight issues include, among others, issues such as the arbitrability of the dispute, the applicability of an arbitration agreement to non-signatories, the excusability of a failure to comply with conditions precedent to arbitration, availability of interim relief, waiver of right to arbitrate, issuance of anti-suit injunctions, statutes of limitation, res judicata, rates of interest, evidentiary privilege, cost allocation, arbitrator authority to sanction counsel and the practice of ius novit curia.

This post specifically addresses the issues of availability of interim relief (I), res judicata (II), the binding effect of arbitration agreements on non-signatories (III) and costs allocation (IV).

I. Availability of Interim Relief

Costs differ from other twilight issues as they are intimately related to the dispute resolution process as distinct from the contract or the relationship out of which the dispute arose. It is thus difficult to consider applying the law governing the parties’ rights and obligations under a contract, i.e., the lex contractus, to costs allocation. As for the law applied by the courts of the place of arbitration, parties have generally little expectation that the allocation of costs in an arbitration seated in a given jurisdiction would follow the rules governing allocation of costs in that jurisdiction’s courts. Cost allocation differs from other twilight issues, such as res judicata or non-signatories, which may supply grounds for denying recognition or enforcement of a foreign award under the New York Convention. The application of an international standard or institutional rules to the issue of cost allocation thus appears to be a more plausible solution.

Twilight issues in international arbitration commonly arise and remain unsettled. The application of the law governing the contract, the lex arbitri or an international standard depends on the issue at stake. Some issues require determining the applicable law from a predictability viewpoint, while some do not. Issues such as costs allocation are not a matter of which the parties or counsel are in great need of advance knowledge so as to frame their argumentation accordingly. On the other hand, issues such as interim relief, res judicata or non-signatories require more predictability and, thus, require anticipating the standard or the norm that the tribunal will likely apply.

[4] See, e.g., Peterson Farms Inc. v. C&M Farming Ltd., England and Wales High Court, 4 February 2004, paras. 45 and 47, where the English Commercial High Court ruled that: “The identification of the parties to an agreement is a question of substantive not procedural law (…) There [is] no basis for the tribunal to apply any other law [than that selected by the parties].”