The Court of Appeal, deciding on referral from cassation, rejected the appellant’s objection that an ICC arbitral tribunal was improperly constituted and lacked jurisdiction. 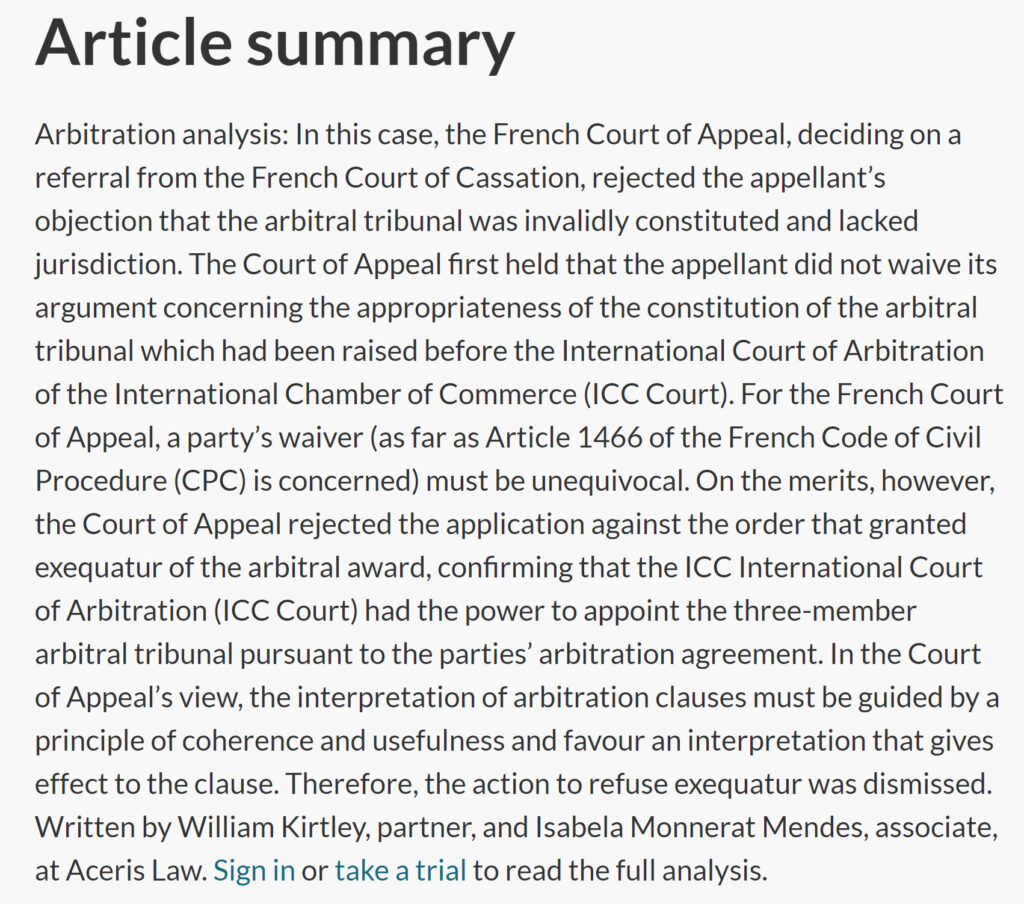 The primary issue decided by the Court of Appeal was whether Antrix waived its right to rely on a procedural irregularity raised before the ICC Court, prior to the constitution of the arbitral tribunal, to resist enforcement of a large award in France. The Court of Appeal found that Antrix did not waive its right under Article 1466 of the French Code of Civil Procedure, noting that parties’ waiver must be unequivocal.

On the merits, however, the Court of Appeal rejected Antrix’s argument that the ICC tribunal was invalidly constituted and lacked jurisdiction.

The Court of Appeal’s decision clarifies the scope of parties’ waiver under Article 1466 of the French Code of Civil Procedure while confirming that arbitration clauses must be construed by the principles of coherence and usefulness in order to give full effect to the parties’ agreement to  arbitration.

LexisNexis’s article is available here. The Court of Appeal’s decision may be found at this link.